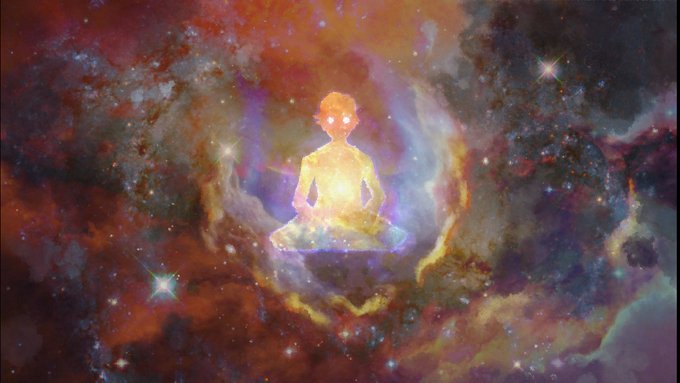 In the real world, we only get one life to live. And try as we might to live that life to our fullest, it is inevitable that along the path there will be moments we wish we could redo. Mistakes we make, circumstances we could never have anticipated, the way we spent our time – we never get a redo of life where we take everything we learned from the first time and apply it to round two. But in the world of video games, the end of a life or even the end of a game does not have to be a definitive conclusion. You can play again and bring across the knowledge you’ve gained to make different choices. Some games reward this type of play – some go so far as to build it into the core mechanics of how they work. Like many visual novels, I Was a Teenage Exocolonist is a game with a number of different possibilities based on your choices. Living one life doesn’t mean beating the game; your first ending is simply a springboard into a universe of new possibilities.

If you missed my first impressions last week and aren’t familiar with I Was a Teenage Exocolonist, let me catch you up. You play as a child on a ship called the Stratospheric, a colony ship from Earth bound for the planet of Vertumna. At the age of ten, the ship lands and you begin your life in the Strato colony. You play through the entire teenage life of your character month by month, choosing activities that build your skills and friendships as well as making choices that impact the state of the colony and the lives of your fellow colonists. Mechanically, the game is a deck builder. Each memory you make is solidified as a card in your deck, and when doing activities or overcoming challenges you play your cards in specific ways by color, value, and order to try and achieve the target number for the challenge. Successful challenges not only reward you with skill points, friendship, and currency, but can also change the material conditions of the colony.

The game makes it clear early on that there is some weird business taking place with your character. You can see flashes of future events before they take place, down to the exact lines of dialogue that other characters will say or objects they may share with you. It seems almost as if your character is having visions of other realities, but with no clear understanding of how to act on those visions, much of your first run will be focused on witnessing the tragedies you will seek to undo in the future. Living in a space colony on an alien planet is a tough life; unexpected death, starvation, inner conflict, disease, and threats from the alien life forms native to the planet all loom ominously over your head and in your dreams. To stop it and discover your “perfect” life as a teenage exocolonist, you’ll have to engage the metagame.

Let’s talk first about the mechanics that contribute to the results of any given run. Some of these factors are clearly shown to you as part of your character sheet. Your character’s stats are the abilities you can use and they serve essentially as keys to unlock particular outcomes. If you don’t have good enough bravery during an attack on the colony, you may not be able to go out and defend the life of someone who is destined to die. The game advises you to focus on a few key skills during your run because you won’t have time develop all of them. In each of my runs I think by the very end of the game I had mastered 6 out of 12 skills, but some of those masteries came too late to significantly influence my playthrough. So my first run was primarily defined by a focus in the four mental skills but particularly by engineering, biology, and reasoning; my second run started with the intent of mastering the social skills like empathy and bravery but ended up having some physical emphasis as well by including perception and animals.

Another known factor in the conclusion of a particular playthrough is your relationships with other characters. You earn friendship points with other people by doing activities with them, giving them gifts, and making choices consistent with their values. Cal, for example, is an animal-loving pacifist who you’ll befriend more easily if you stand up against people who want to hurt the natural world outside of the colony walls. During my first run I spent the majority of my time with the aspiring scientist Tangent, to the point where we ended up in a dating relationship. Our connection significantly impacted how my first run turned out, as Tangent played a key role in the disastrous consequences I experienced. I don’t want to spoil anything, but let’s just say my terminal case of “I can fix her” disease led to its natural conclusion.

This points to a more mysterious factor in the outcomes of a particular playthrough: hidden stats. There are some values that you can’t see on a character sheet or by going to the notice board at the depot center. These are stats like “Tammy’s Confidence” or “Helped Tangent” that have a question mark icon which appear after making certain dialogue choices. You don’t really know what they’re going to do until the game reveals its hand. This can lead to some fun plot twists, and by fun I mean “moments that rip your heart out and stomp it into smithereens.” But making note of when these moments take place and learning how to bend them in the right direction is key to making future playthroughs avoid the tragedies of the past. For example, each time I play the game I am trying to keep my eyes open for events that give me +1 to “Shimmer Cure” in order to prevent the deadly effects of a sickness native to the planet.

That’s where the metagaming really comes in. Each playthrough is partly about getting information you’re going to need in a subsequent one, learning what events you do and don’t want to contribute to in order to have the best possible outcomes. In my first playthrough I barely ever left the colony – in my second I spent the majority of my time outside the walls, which introduced me to new characters as well as getting me information that I know will now influence my actions in subsequent runs. Whenever the choices you made in a previous life become relevant to a new one, it unlocks additional options in your dialogue menu marked with a wormhole that represents knowledge from a past life. Each run contributes new material to this list, expanding what’s possible for you in the future. Or past. Parallel timeline. Whatever.

I enjoy this approach to the game’s narrative. It brings to mind other games that have impacted me over the years like Zero Escape or Disco Elysium. From the former, the ability to carry information between playthroughs in pursuit of a true ending; from the latter, a significant difference in the experience of an individual playthrough based on the skills you use to interact with the world. I’m having so much fun with the game that I’ve absolutely devastated my sleep schedule out of an inability to put it down, and I’ve let a couple other hobbies drift by the wayside as well. So naturally I am excited to dive into my third playthrough and see what all I can do with my latest revelations and a new set of abilities.