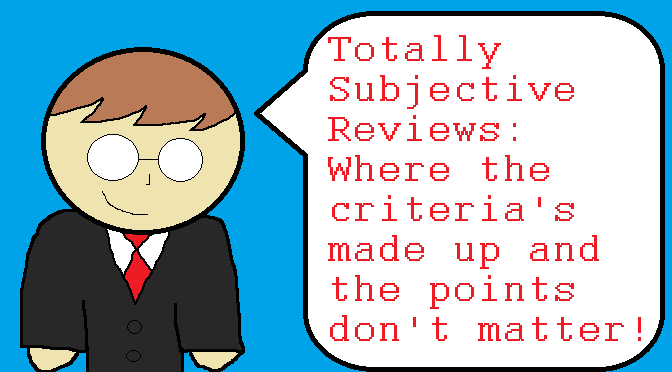 Normally on Fitness Friday I talk about my weekly experiences with Ring Fit Adventure. This week though I haven’t played any Ring Fit at all. The reasons are twofold. Reason one is because I’ve been really focused this week on another blogging project that’s pretty time consuming. Any free time I’ve had I have tried to devote to my project, to the detriment of my exercise habits. But reason two is a bit healthier: the exercise I have gotten this week has all been away from the Nintendo Switch and instead in the great outdoors. So today I thought I would share my first impressions of exercising out in the real world!

My impressions will be based on three different levels I got to play. The first was an apartment level where my kid and I did laps around our apartment complex and then played at the playground right next to our building. The second was a park level where we walked all the way down the street to a park in the neighborhood and then played there all morning. The third and final level was a zoo level where we went to an evening lights festival at our local zoo and walked around to see the lanterns all over the zoo grounds. My child Inkling and I played all these levels together, but for the zoo level we also had my partner, my mother, my stepdad, and my sister with us. It was quite the event!

Let’s start by talking graphics. Broadly speaking the first two levels had way worse graphics than the third level. The slide at the apartment level was buggy and missing core pieces, which significantly reduced the appeal of using it. And while the playground equipment at the park level was in good shape, there were unused assets clearly visible in other areas around the park where the devs had clearly just slapped some caution tape and hoped nobody paid attention to it. These areas got the job done but didn’t do anything to make exercising there truly enticing.

Now the zoo level, those graphics were a lot more impressive. When we first showed up, the lighting wasn’t ideal for experiencing the lanterns, but by the time our evening wrapped up it was dark and every display was eye catching with a beautiful array of colors. We would see lights obfuscated by trees off in the distance that would organically draw us to explore a new location to see what the next display would look like – a clever bit of design to get players exercising eagerly. The only disappointing thing about the zoo level is that there weren’t actually a lot of animal models utilized, but to my understanding there are daytime and nighttime versions of the level and the daytime version is where the animals get more emphasis. By the time this article goes up, I’ll have seen both versions of the level, but for now my impressions will only account for the nighttime variant.

Next for the sound design. Sound is an important part of any gaming experience, especially for keeping you motivated to exercise. Similar to the graphics, the zoo level clearly had an advantage over the other two in the audio department. It’s not that the sound in either the apartment or the park was particularly bad – it was mostly ambient noise. Not distracting or disruptive in any way but also not utilized to draw you into new activities or get you pumped up. If I were to revisit these early levels – particularly if I were doing so alone rather than with my child – I would probably just tune out the game sound and listen to music or a podcast with my headphones instead.

At various places around the zoo there were speakers playing music. Now I didn’t mention this earlier but the theme for the lantern festival was focused on China – lots of lanterns of bamboo and lotuses, plenty of panda bears, and the big feature was a series of elaborate Chinese dragon lanterns. Connecting to that theme, a lot of the music around the park tried to implement sounds from traditional Chinese instruments. Some were covers while others were electronic remixes with kind of a hip-hop vibe – there was some variety from section to section around the zoo. The music got the job done but I think if I were to visit this level multiple times, I would ultimately still prefer a sound experience that I could customize for myself.

With the presentation aspects of each level out of the way, let’s dig into the meat of the experience: the gameplay. Each level had slightly different mechanics in terms of distance from my spawn point (my bedroom) as well as the unique interactive elements available within each level. The apartment level was of course the easiest to reach, requiring me to do little more than walk outside. As far as interactive features, there’s a sidewalk that runs all around the complex which serves as a convenient path for walking laps. The sidewalk also connects to a small basketball court (I use the term “court” here very generously) and to a playground with mulch with a couple of swings and a slide. The slide as I mentioned was pretty gnarly and most of the swings were too small for my kid, so we mainly ended up using the playground as a more open space where we could run around for a bit rather than being railroaded along the sidewalk path.

The park level was less accessible than the apartment, requiring either a lengthy walk or the use of the game’s driving mechanics to make it to the end of the street more quickly. We chose to walk – which my child did NOT appreciate but which did provide some pretty good exercise even before getting to the park itself. The park included a large open grassy area, a playground structure, as well as two tennis courts we didn’t use because we didn’t purchase the “Tennis Racket and Ball” DLC. We mainly engaged with the playground, which had two or three different ways to climb up the equipment as well as multiple slides. Unfortunately at the time we went, multiple slides had water hazards so only one was usable without having to change clothes. We also had quite a bit of fun getting into a swinging competition with another kid who came to the park – getting paired with randos doesn’t always go well but the folks we played with during this particular session were lovely.

The zoo level was the least accessible, not only requiring the driving mechanic in order to get there but also involving a lot of monetization. We have a season pass thanks to our child’s school but the lantern event still costs extra, and there are a number of micro transactions throughout the facility perfectly placed to tempt a thirsty, tired family to part with their hard-earned coins. The most common gameplay elements in the zoo level were focused on walking through the beautifully-rendered environments and taking pictures of particularly impressive scenes, but there were opportunities for a few more unique elements. A few of the light displays had footpads where you could change the colors of the lights by jumping between them. There was also a section devoted to play equipment that glowed in the dark, from glowing swings to a mirrored dance room to neon seesaws next to a smoke machine that periodically shot out smoky bubbles that my child absolutely loved. Like the other two levels, this one also featured a playground that had a lot more interactive elements including climbable ropes as well as pillars at varied heights that gave an opportunity for some makeshift platforming.

Finally, let’s talk replayability. The ability to revisit a game is a key part of its value proposition, especially one you plan to use to exercise. Perhaps unexpectedly, the level I am least likely to replay anytime soon is the zoo level, at least at night. The additional costs as well as the lack of convenience makes this level more appropriate for a one-time event – I think it would be fun to visit on an annual basis to see new seasonal events but not more than once during the same season. The park level is ideal for time with my kid, providing the right amount of equipment and space while still coming at no cost to me, especially if we don’t drive there. The apartment level I can see myself revisiting when I’m exercising alone, but it is without a doubt the least interesting level and is outclassed by the park level in pretty much every meaningful way.

Overall, the exercise I did IRL this week instead of playing Ring Fit Adventure was a nice change of pace. Each level had a different flavor and gave me an opportunity to exercise that felt quite different than the type of workout I get playing Ring Fit. I definitely see it more as a tool for multiplayer play as the opportunity to get outside and run around means a lot to my child. While I don’t see myself engaging with these levels on a regular basis, the park level in particular is great for weekends when I have a lot more time I can spend with my child and school recess isn’t available to scratch that same itch. Exercising IRL may not activate my Gamer Brain™️ in the same way as Ring Fit Adventure, but it has some advantages in its approachability and multiplayer functionality that make it a useful addition to the my routine.