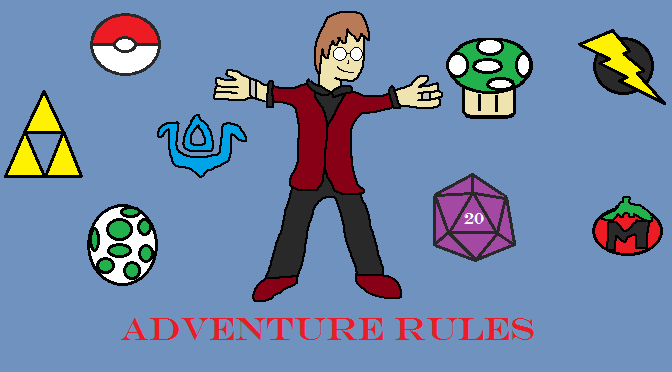 Ever since my partner and I got properly settled into our apartment and I had reliable full time work, we’ve been working with the same few consoles: a PlayStation 4, a Nintendo Switch, and a Nintendo 3DS. These have been my tools for engaging with games for the majority of my time as a game blogger, with the Switch in particular serving as my main console. As Christmas led into New Years we added a new member to our gaming collection: a PC. Thanks to lots of help from friend of the site Frostilyte, we managed to find the parts for a computer that met our needs without breaking our budget. And thanks to YouTube, we managed to get it built with a minimum amount of profanity. After two full months with the newest tool in my gaming toolbelt, I’ve been reflecting on how having access to a new device has impacted my gaming habits.

Now while this is my first time having a computer for games in many years, it’s not the first time in my life. From roughly around the ages of 10-14, I had my own computer that my stepdad helped me build. He set it up with a bunch of emulators so I was able to play a number of NES and Sega titles as well as a decent variety of arcade games. These were my first times experiencing the earliest entries in series that would be a big deal to me when I got older like Final Fantasy and Dragon Quest. I had some other games too, primarily edutainment games meant to help me build my skills in math, reading, and grammar. Once I got a bit older, the computer was my first taste of games inspired by tabletop RPGs as I played titles like Baldur’s Gate and Neverwinter Nights. Neverwinter Nights in particular I spent a lot of time with messing around in the campaign builder. While I played PC games less in high school as my computer got more and more out of date, I did still dabble in titles like Morrowind and KOTOR I and II. So I do have a decent amount of experience playing on a computer, but it has easily been more than a decade since it was one of my primary devices.

One of the biggest adjustments getting used to PC again has been the adjustment to playing games with mouse and keyboard. As a console heathen I much prefer the feeling of a controller in my hands, but our controller options for PC are pretty limited at the moment (if you watched my first Mystical Ninja Starring Goemon stream, you know how much I’ve struggled getting a PS4 controller to work well with my computer). So I’ve had to refamiliarize myself with the experience of using the arrows keys or WASD to move around in a game, trying to map inputs to buttons that allow my hand to have a comfortable resting position, and having to scroll the mouse or click and drag the screen to adjust the camera to where I want to see. It has helped to some degree that most of the stuff I have played on PC so far really seemed design for mouse and keyboard controls, but the titles I’ve tried that were made with a controller in mind have definitely grated against me.

One of the aspects of PC gaming that jumped out at me as an immediate advantage compared to other consoles has been pricing for games. Nintendo in particular is notorious for charging full price even for games that have been out since the beginning of the Switch life cycle. They rarely do sales and even when they do, the discount is maybe $5-10 off of a $60 game. Conversely, the various storefronts for PC games regularly have sales with massive discounts or have special promotions where games are available for free. I’ve gotten three games on the Epic Store and only paid for one of them (and the one I paid for was discounted $10), and I’ve grabbed three games on Steam each at a discounted rate, paying no more than $20 for multiple titles on which I have spent 100+ hours playing. When you add that to the fact that I’m also not paying extra money for online play (versus $50-60 per year each for my other consoles), PC has proven itself to be the ideal place for accessing a lot more games for a lot less money. I can already see it influencing my buying habits, impacting how much I really value the brand recognition of a $60 title versus getting a number of smaller but probably just as solid titles for that same amount.

One reason that the Switch has been such a mainstay for me over the years has been the portability. Most of the time we have lived at our current apartment, my partner and I have only had one television. That screen is split between three people: my partner Des, our child Inkling, and me. Since Des primarily plays the PlayStation and most of their friends use that platform, the easiest way for both of us to get to play games in the evenings has been for me to play handheld on the Switch while they played games online with the PlayStation. The PC adds a third option to that setup that creates some interesting new possibilities. For example, if Des is playing Dead by Daylight with their friends on the PS4, I can still play a game on the PC instead of having the Switch as my only alternative. Last week when Des streamed from the PC on both of their streaming nights, I was in the same room playing 13 Sentinels on the PS4. Ultimately what an additional device has meant for us is more opportunities to play games when we have free time, rather than being limited not only by our busy lives but also by the number of devices available at any one time. This has been particularly helpful now that Inkling is older and we are factoring their playtime into the equation as well.

I will say that the one key frustration I’ve had at this point is compatibility. The PC has access to a huge swath of games but unlike with consoles, you do have to worry about whether or not those games will actually function on your device. Sure, not having the PS4 Pro means some of our PS4 games may not look as good, but largely with consoles you can confidently pick up a game intended for that console and be confident it is going to work. With the PC, things are more fiddly. This has impacted a couple of my partner’s streams, as older games we picked up like Bully and Fallout 4 really don’t how to deal with the newer hardware on our PC. Spending time scouring Reddit forums trying to figure out how to alter the Bethesda Launcher files because their damn game doesn’t recognize our graphics card is certainly not my idea of a good time. And speaking of the graphics card, the one we got isn’t even that new. It is, at this point, multiple generations out of date, which means that if at any point we decide to venture outside of the realm of indie games or games that are a decade old we’re going to have to upgrade. Not only does that mean fighting scalpers for parts but it also means taking apart our working computer and trying to figure out how to take the old parts out and put the new ones in as efficiently as possible. All while juggling whether or not the new parts are even compatible with the ones we already have. Just thinking about all of that causes me stress and dissuades me from wanting to upgrade for a long time.

But despite that source of stress, the experience of being a PC gamer has been a pretty great one so far. Having easier access to a wider variety of cheap or free games is amazing, and expanding the pool of devices available to us so that more members of the family can enjoy our favorite hobby at the same time has made it easier to experience games more often. There is such a vast library of titles available to me now that I’ve missed over the last decade or so of not having a gaming computer, and I am excited to dig into them between the larger titles that I do decide to scoop up on consoles. It’s hard to say at this point whether I think PC will became my preferred method of playing games, but even if it never usurps the Switch it will still be an essential tool in my belt.