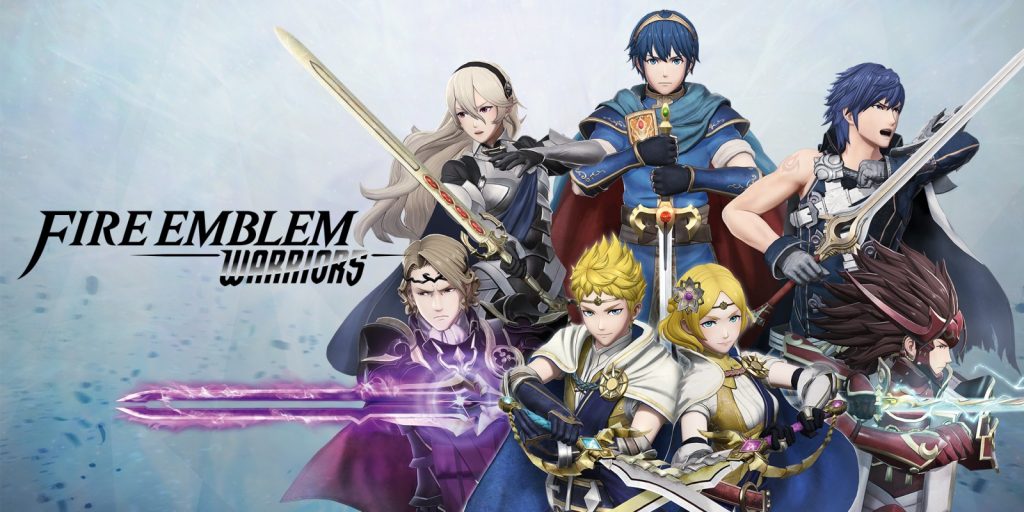 I’m not normally the kind of guy who feels the need to play a bunch of entries in a given series in anticipation of a new release. In fact I tend to be the opposite. I haven’t touched Breath of the Wild recently for example because I don’t want to get open world burnout before the sequel hits. I’m also not planning to play AI: The Somnium Files in anticipation of AI: The Nirvana Initiative in June of 2022. But during the time I have recently spent analyzing trailers and writing speculative articles about Fire Emblem Warriors: Three Hopes, I realized that my inexperience with the previous Fire Emblem Warriors was a potential hindrance to being able to think critically about what Three Hopes might be like. So when I found the game on sale online, I decided I would make an exception to my usual rule and prepare for a game by playing its predecessor.

Fire Emblem Warriors is a crossover title of sorts, a musuo game developed by Koei Tecmo but using characters and concepts from the Fire Emblem series. (For those unfamiliar with the idea of a “musuo” game, it is a 1-vs-1000 action format using relatively simple inputs to create devastating combos that wipe out hordes of enemies at once.) At the time this game came out originally Nintendo had only experimented in this way with one other series, The Legend of Zelda. Hyrule Warriors saw decent success on the Wii U (you know, for a Wii U game) and so FE Warriors seemed like a logical next step for the Nintendo Switch. To my understanding, Koei Tecmo had actually been interested in doing Fire Emblem first, so this was their opportunity to finally get their feet wet with the series they had their eyes on. Clearly something clicked, because Intelligent Systems would later work closely with Koei Tecmo to develop Fire Emblem: Three Houses.

Fire Emblem Warriors primarily focuses on characters from Awakening and Fates, with a couple of characters from other games in the series as well. You play as your choice out of Prince Rowan and Princess Lianna, the royal children of the kingdom of Aytoleia (I think? proper nouns, who needs em). If you have ever played a Fire Emblem game in your entire life, the opening will not catch you by surprise. Horrible monsters interrupt their peaceful life (oh no!), their mother is probably killed (gasp!), and the displaced prince and princess must assemble the Fire Emblem to stop a dragon god from tearing the world apart (oh the humanity!). Along the way, they meet heroes from across the Outrealms and work alongside them to overcome the evil dragon.

One thing that jumped out at me immediately coming to this game after titles like Age of Calamity and Persona 5 Strikers is just how rote the story is. The characters feel vapid and one-note, and the plot of the first four to five chapters is all ripped beat for beat from Fire Emblem Awakening. Premonition of a terrible final battle? Check. Rescue by a mysterious masked person named Marth? Check. Passing out in the woods and being found by Chrom and the Shepherds? Check. Fighting Marth in a coliseum in the desert? Check. I knew not to expect much here narratively and I’m glad my expectations were low, because that has allowed me to chuckle and shake my head and move on through some of the most cringe fanservice I have seen in a game in quite some time (for maximum clarity, I do not mean sexual fanservice in this instance, though I won’t be surprised if that starts when Camilla shows up later).

So let’s dig into the game’s mechanics. You have two attack buttons, light and strong, as well as a button for dodging enemy attacks. You can mash the light attack button to do a quick series of swipes, or press the strong attack button after a specific number of light hits to execute different combos. Depending on the character and their weapon, each combo has different properties. For example, Lianna’s combo of three light attacks followed by a strong attack creates a ring of light around her body that pulses and pushes enemies away from her, while Frederick’s makes a tornado that he flings forward in a straight line. The bare basics of FE Warriors require you to understand which combos will be most helpful in which situations based on the shape and makeup of the enemy hordes around you.

When you press the strong attack button by itself, independent of a combo, the character uses a unique special ability based on their class. As Rowan, for example, you’ll deliver a flurry of slashes that can be extended by mashing the strong attack button. Meanwhile as Chrom or Lucina, you’ll charge up a thrust attack that sends you farther forward and deals more damage depending on the length of the charge. Then there’s Lissa, who temporarily buffs her stats. These help to distinguish the characters a bit more outside of their standard combos. There are additional abilities that every character has, like an awakening meter that puts them into a strong state for a short period of time, or the special meter which they can expend in order to execute a single powerful attack against a group of enemies nearby.

Most of what I have described are mechanics that are shared across musuo titles, so what makes FE Warriors unique? With so much basis in Awakening and Fates, one important mechanic is the pair-up ability. You can combine two playable characters into a single unit, increasing your stats and over time charging up a special dual attack that functions a bit differently depending on the support unit. This game also captures an era of Fire Emblem where the weapon triangle was significant and it certainly comes into play here. When fighting enemies whose weapon is weak against yours, you break down their weak point gauge faster and thus get more opportunities for damaging weak point smashes. But if your weapon has a disadvantage, you won’t be able to chip away at the weak point gauge at all. Certain weapons can also deal special damage to specific unit types, like bows against flyers or the armorslayer sword against enemy knights.

Naturally there is a lot of fighting in FE Warriors, so how do you resolve those fights? Your objectives vary from battle to battle but you’ll typically be responsible for overtaking enemy forts and defeating a boss character on the map. This requires you to be in multiple places at once so you don’t get overwhelmed. Thankfully, you have the ability to issue orders to characters who are under control of the CPU so they move where you want them to go and even do some fighting offscreen. You can also switch between the characters at will, allowing you to take over at a critical moment or to put you closer to an important objective on the map. I personally like to put the CPUs in charge of moving to new locations and then handling the fights myself, keeping me as the player in the action as much as possible and eliding the time where the characters are just walking around between forts. This is also helpful for reaching sub-missions like getting scrolls from Anna or carrying a key captured from an enemy thief to a treasure chest.

There’s not a whole lot going on outside of combat in FE Warriors; it is mainly the time you spend managing your weapons and investing materials into skill crests to make your characters more powerful. Weapons have levels similar to mainline FE titles but they also have star ranks that indicate their relative strength within the same level – for example, an iron sword with 5 stars will likely deal more damage than a 2 star iron sword. Weapons also have varying numbers of slots for weapon skills, which can give passive bonuses or make specific combos stronger. You can break down weapons you don’t want to add their skills to your stronger weapons as long as you have extra slots, and some weapons also have rarer skills that are locked behind getting a specific number of kills.

Overall, my first impression of Fire Emblem Warriors is that it is what I expected it to be: a reminder of where Koei Tecmo’s crossovers have been in the past, before their more ambitious recent adventures changed the game. My hope (eeeyyyy) is that Three Hopes will take the lessons that Koei Tecmo has learned from Age of Calamity and Persona 5 Strikers as well as the unique elements that Fire Emblem: Three Houses brought to the table, combining all of these ideas into an experience that shows just how much they have grown since 2017. Until we learn for sure whether or not that has happened, I’ll be happy to play the Warriors I already have for what it is: a Fire Emblem nostalgia trip wearing the clothes of a shallow but competent action game.