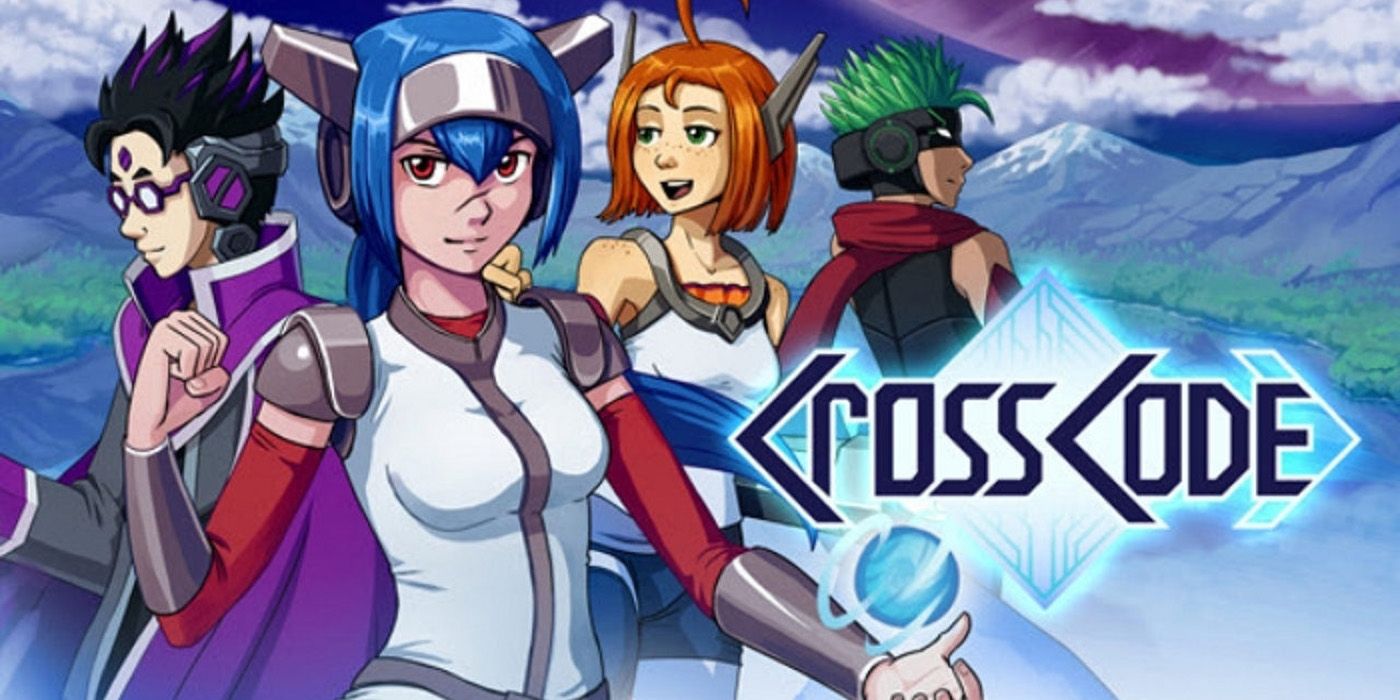 As a millennial I’ve witnessed some wild technology changes during my first 30 years of life. From VHS and cassette tapes and chunky home computers to online video streaming and computers that fit in your pocket, the technology available to me and my relationship to it has evolved significantly. For every meaningful friendship made with someone across the world or new creative outlet, there’s also been challenges; attempts to steal my financial information, hateful messages towards my partner, and who could forget the giant corporations watching my activity to provide targeted advertisements? The same games that I invest so much time in are sometimes created in questionable working conditions using technology that is accelerating the decline of our climate. Technology opens up amazing opportunities and creates the potential for exciting relationships, but there’s a dark side too that complicates how we relate to the devices we value so highly.

I didn’t expect to be thinking about the complexity of that relationship when I first scooped up CrossCode. The action RPG seemed to have a simple premise, and the connections you are able to draw with the few threads provided in the beginning – like the similarities between protagonist Lea and a stern dark-haired woman you play as briefly before the tutorial. But many things about CrossCode seem simple at the beginning. As you journey deeper, the complexity multiplies significantly to create an RPG that both in terms of story and mechanics is accomplishing a lot more than you might anticipate from the early hours.

Let’s stay out of spoiler territory for the moment and talk about the mechanics first. As I briefly mentioned CrossCode is an action RPG. Battles take place in real time and you control a single character, Lea. You have one melee attack and one ranged attack, a dash which can be performed up to three times in a row, and a shield which can absorb a small amount of damage before breaking. From these simple building blocks a number of new mechanics are built over time. Some mechanics are skillful applications of these basic moves to make them more effective. Dash-canceling for example allows you to quickly exit a combo or special move if you find yourself in a precarious position. Blocking at just the moment an attack is about to connect with you creates a perfect block or counter, which momentarily stuns the opponent so you can get some hits in.

Characters in the game have special moves for each basic move (melee attack, ranged attack, block, dash) and special moves can have up to three tiers. So depending on how much you charge up, you get a different effect. These effects also vary based on which element you are currently using. In addition to Lea’s neutral non-elemental attacks, over the course of the game she learns four different elements to bring to bear: heat, cold, shock, and wave. Every element has its own circuit (this game’s form of skill tree) including its own special attacks, making switching between elements more than just a decision about taking advantage of the enemy’s weakness – what element you are wielding can significantly change the application of your specials. One of my personal favorites, for example, was a Wave special that absorbed health from the target with each hit. I’d use that even against enemies not weak to Wave in order to keep my HP in good order.

While stats do matter in CrossCode, battles are really about learning weak points and patterns. Weak points are not necessarily elemental, though they certainly can be. Attacking an enemy with frontal armor in their exposed back or striking a charging foe before they can release their big attack can give you an advantage. This is particularly true for miniboss and boss enemies who often won’t take damage at all until you “break” them by hitting them with the right element or tool when the weak point in their attack pattern is exposed. This will sometimes involve using other tools available on the battlefield like bombs or pipe mechanisms that funnel the orbs you fire to a higher elevation. This makes major battles often feel like puzzles as you manipulate the environment to create the opening that lets you do some big damage. Combine this with dodging slashes and projectiles while also swapping elements for the biggest defensive or offensive boost depending on your situation and battles feel hectic, but the satisfaction that comes from learning the pattern and finally dealing the final blow is exquisite.

This deep level of satisfaction also comes from the game’s many puzzles. CrossCode’s overworld puzzles primarily focus on platforming challenges and using the ricochet property of your orbs to hit switches at clever angles. In dungeons, there are other more specific mechanics that interact in special way with the elements you have in your arsenal. Some objects even react to different elements in unique ways, such as bubbles that can either make hot steam for rotating knobs or freeze into ice gems that slide along the floor and can freeze water or cool hot coals. Many of these puzzles are timed, challenging you not only to learn each section of the puzzle but also to execute them all consecutively within a brief period. These timers can be altered with the game’s accessibilities if desired, in addition to the combat difficulty.

While the dungeon puzzles are generally a positive experience, the platforming is a lot more hit or miss. One issue is that these types of puzzles are everywhere; one of my most frustrating early game experienced was trying to navigate the village of Bergen, where most of the ground paths are relatively limited and you have to figure out how to find high ground on the rooftops to really have free reign to move around. The overworld areas can be similarly annoying to move through because of these puzzles with many of them being closed off until you find just the right series of jumps to reach a switch that opens a shortcut. This wouldn’t be so bad if the platforming always felt good to pull off, but the top-down perspective makes it difficult to judge elevations in a way that frequently led me to making jumps that I actually couldn’t complete, putting me back on the ground level and starting me back from the beginning of the platforming sequence.

Another mixed aspect of the game for me was the quest system. I went back and forth with it during my time with the game (you can read through my older CrossCode articles to see that journey in real time). The quests annoyed me at first but I warmed up to them somewhat as I realized how essential they were to the process of leveling up and staying equipped with quality gear. The quests I enjoyed the most often featured unique mechanics, either a special puzzle room or a unique enemy type, and connected to the broader lore of the world and built it out in an interesting way. However, there are so many quests to complete and not all of them are created equal. And since sometimes the painful quests are prerequisites to quests that don’t suck, it can feel like the most boring parts of the game are mandatory if you want a positive experience with everything else.

CrossCode’s story focuses on a woman named Lea, an amnesiac who is playing the MMO with the help of the programmer Sergey in an effort to reclaim her memories. This involves engaging all of the main quests in the MMO as well as meeting party members, joining a guild, and dealing with the interference of mysterious interlopers who seem to have godlike power within the game. It’s a compelling story that excels because of the charm of the characters involved, particularly the protagonist Lea. She technically falls into the silent protagonist trope but there’s an in-universe justification for Lea’s inability to speak. While she can’t communicate in full sentences, her emotions are made crystal clear through excellent facial expressions and clever use of the few words that she does learn over the course of the game. Her friendships, particularly her relationship with your first party member Emilie, are reflective of the powerful bonds that can be built between two people who make a connection playing games online together. But as I alluded to at the beginning of this article, the dark side of technology is shown here too.

Click here to skip the spoiler section of the review

Other than an attack in the beginning by a godlike figure in the game, the first couple of regions you explore in the game don’t give you much to go on in terms of major story beats. But during her first raid, Lea is captured and taken to a disturbing wasteland off of the game’s main play area and held in a facility where she and the other players there are incapable of logging out and returning to the real world. It is here that Lea learns her true nature: she is an Evotar, a player character in the game powered by artificial intelligence. A shadowy group of individuals are experimenting with Evotar technology in as-yet-unknown ways, and Lea has to not only reckon with her true nature but also figure out what her enemies are trying to accomplish. What she ultimately learns disturbingly mirrors a common application of technology in real life: CrossCode is being used by a corrupt businessman as a data farm.

When players join CrossCode, their memories are copied and made into Evotars who are then stored in a special section of the game. Here, they are trained to get their memories back and then interrogated for the information they hold. This particularly brutal form of data-stealing then supports a black market of confidential user information. It’s a bleak and realistic premise when in real life Mark Zuckerberg, the founder of a site already infamous for selling user data to other companies, is trying to use VR technology to build up the concept of a second virtual life in a “metaverse.” Like in reality, many of the people in CrossCode actually responsible for Evotar technology have complicated feelings about the applications – the development of promising new science outpaced the ethics around the technology created with it. I was really surprised and impressed with where the story ended up, having expected lighter more stereotypical fare from the game.

Overall I found CrossCode to be an excellent game. While the quests did get old and the platforming was frustrating at least as often as it was engaging, the combat and puzzles are A+ and the story is both touching and relevant to issues that are highly prevalent in discussions around technology today. I highly recommend it to anyone interested in the premise, and if the difficulty sounds intimidating know that accessibility features are present to make the game available to those who perhaps are not looking for too much of a challenge. The one caveat I will throw in here: if my review has convinced you to check out CrossCode, please check it out on a competent PC or on PS4 instead of on the Nintendo Switch. CrossCode runs like garbage on Switch with significant slowdown whenever there are too many enemies or effects on screen. While I still found the game playable on Switch for those who don’t have anything else to play on, CrossCode is worth having the best quality experience and that experience is on consoles other than the Switch.