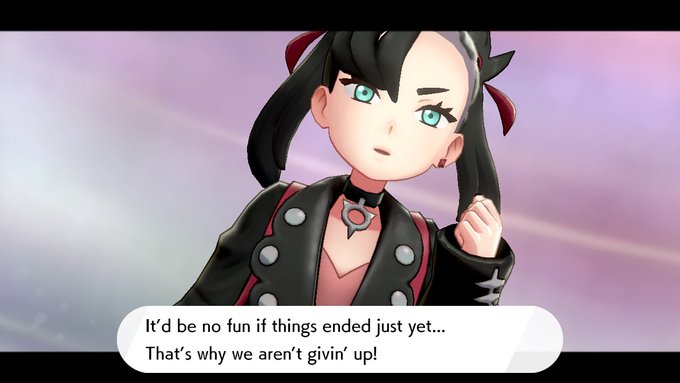 My gaming habits have changed quite a bit as an adult compared to my childhood or teenage years. As a kid, I would have a sole and dedicated focus to a single game at a time. I would play that game until I finished it or got tired of it, powering through even lengthy RPGs without any other game to break up the pace. In the evenings after school if I didn’t have practice or homework I probably had a good opportunity to get some video games in, and on the weekends my time to play was heavily amplified. While I’m sure I did skip some days as a kid, for the most part I remember being able to play video games every day if that was something that I wanted to do.

As an adult, I don’t have that luxury. Work, parenting, and being a good partner to my spouse are more time-consuming responsibilities than school used to be. I’ve also expanded my network of hobbies and have a bit more variety in the ways I spend my time. On any given evening I might have 1-2 hours of free time, and you better believe that video games don’t get that free time each night. Sometimes I spend it writing, others I might catch up on a show I want to watch. At the time of writing I currently have regularly-scheduled tabletop sessions twice a week, and most weeks my wife and I will have at least one night that we want to spend time together. When I do play video games, I don’t necessarily want to have a laser focus on a single game like I used to – I like to jump around between titles in different genres or with different mechanisms, allowing me to take breaks at clear stopping points as a way to pace the game and help me to keep my interest. It also works better with my blogging schedule because while I suppose I *could* just write about one game all week, I think having variety in the games that I cover on a weekly basis increases the chances that I’ll be talking about at least one game that someone is interested in.

This can be really helpful when the structure of a game works with that play schedule. Fire Emblem Three Houses had a nice way of breaking up the action using its school calendar that enabled me to basically play one in-game month per evening and that setup was pretty nice. Dragon Quest has episodic chapters that focus on one small area of the map at a time, with clear stopping points mid-chapter if I need to call it a night before I finish things in a particular town. But some games may resist the form of play that works best for me, and right now the game that most seems like it wants to do that is Pokemon Sword.

Pokemon is a game whose structure generally lends itself to the kind of schedule that works for me. Each gym is a good cutoff point, an opportunity to call it a night and know pretty well what I need to do next when I pick up the game again – just go to the next gym! Sword and Shield haven’t changed in this regard. You can play the game one gym at a time and take breaks from it in between to do other things or play other games, spending a few days away from the world of Galar when appropriate. However, unlike many other games in the Pokemon series, you may not be making a mechanically optimal choice when you choose to do that.

There are throughout the Galar region a number of daily content opportunities – events in the game which incentivize you to pick it up every day so you don’t miss anything. These events take a number of forms and the degree to which they can benefit you vary widely, so I want to take some time to talk about each one and then to look at the full picture to see how they create an environment where you’re not living your best Pokemon life if you aren’t playing Sword or Shield every day.

THE WILD AREA
The Wild Area is the biggest and most obvious source of daily content. This semi-open, Pokemon-filled environment is full of new creatures to capture and add to your team. Throughout the Wild Area there are a number of stone circles that represent Pokemon dens. When a beam of light shines through a den, then you know that a Dynamax Pokemon awaits there for you to participate in a raid battle. These raid battles are opportunities to catch rare Pokemon or to capture powerful versions of Pokemon that you might be able to find other places in the game. Each day, you can check what raids are available to see if that special someone you want to add to your team has finally appeared in a den.

Of course, checking the dens has benefits outside of raids. When a den glows red it is filled with a sort of energy that the Pokemon trainer can harvest called watts. These watts are a form of currency that you can spend in order to purchase different items in the game. Salesmen who stand at key points in the wild area exchange their wares for watts, and the big thing here is that those wares change on a daily basis. These salesmen typically distribute TRs (consumables that teach a Pokemon a new move) as well as different kinds of Pokeballs that you cannot buy at the store in the Pokemon Center. This gives you an incentive to check the wares of these merchants every day, because you never know when you’ll need one of the TMs that they sell or when your favorite type of Pokeball is available for a fistful of watts.

A daily trip to the Wild Area is a key part of the game’s structure. Moving from den to den to collect watts is important to build enough of them to buy the expensive TRs or to get a large number of Pokeballs. If you don’t do it daily, you’re likely to have a low number of watts since the opportunity to get them in other areas of the world is pretty limited. Checking the merchants to see if you want the Pokeballs or TRs that are sold there is important because if you want to have a regular supply of one you like (in my case, the always-important Quick Ball), you’ve gotta remember to go on the day that item is being sold. And since the weather patterns in the Wild Area influence the availability of different Pokemon and different raids are always happening, if you don’t check it each day you may miss the opportunity to capture a Pokemon that you really wanted.

ACTIVITIES IN TOWN
Exploring in the Wild Area isn’t the only time that there’s something new to do every day. Towns have multiple daily mechanisms to engage as well, though they may be a bit smaller in scale and more scattered than the activities in the Wild Area. The cafe in Motostoke, for example, has a daily battle opportunity where you can get a different food-related item for competing. The thing is, while some foods are consumable healing items that are pretty similar to things you can buy at the store, others may have greater significance. In my last battle I got an item exclusive for Milcery that you use to evolve it into Alcremie! That’s definitely the sort of thing you don’t want to miss from a daily event.

Then of course there are Poke Jobs, activities for the Pokemon in your box that you can send them on in order to get some random items or money but also to get experience for the Pokemon who are not in your active team. Poke Jobs give a pretty solid amount of experience and they are a cost-free way to build up Pokemon not in your active team. Doing more Poke Jobs and completing them successfully unlocks higher levels of Poke Job so that you can get even more experience and send more Pokemon on a job at a time. While you don’t have to send a Pokemon on a job for a full 24 hours, when you do they get the maximum benefit, and the available Poke Jobs reset on a daily basis. There’s also a daily lottery where you can earn rare items by having a Pokemon that matches the ID lotto number.

These daily town activities encourage you to pop into Motostoke each day in order to battle for items and to send your Pokemon on jobs (that second part can be done from any Pokemon Center, thankfully). You want to stay on top of Poke Jobs in order to maximize the amount of experience you are gaining from them as well as unlocking the highest-quality jobs as quickly as possible. That requires daily checking to get back your Pokemon who have finished jobs as well as sending off new Pokemon to complete the jobs that are now available.

PUTTING IT ALL TOGETHER
These separate tasks have some synergy together as well, particularly the Poke Jobs alongside the activities in the Wild Area. Poke Jobs are an opportunity to build up the Pokemon in your box, but each job requires Pokemon of a different type. If you’re not making maximum use of the Wild Area and capturing Pokemon of all different types, you won’t always have the right Pokemon for the job – the Poke Job, that is! Raiding the dens to get Pokemon with unique typings or checking for special weather patterns to catch rarer Pokemon will fill out your team with the types you need in order to maximize the benefits from Poke Jobs and in order to make sure that no job goes unfilled.

So what does a daily play of Pokemon Sword or Shield look like? On a typical day one would probably open the game and fly straight and true to the Wild Area. The pause screen tells you about any big raids or about strange weather in the Wild Area, so if you see any happening you’ll want to emphasize that first. As you raid and look for Pokemon to capture, stopping at each glowing den allows you to add some watts to your stash. Once you’re done exploring the Wild Area, you head over to the steps at Motostoke to see if there are any rare Pokeballs or TRs you want to spend your watts on. At this point, you head into town and maybe stop at the cafe for a battle to see what food item you receive. Once that’s done, a trip to the Pokemon Center to check the available Poke Jobs. You send off some Pokemon on each job and, while you’re at it, check the lottery to see if you won anything.

This can seem like a lot, and personally I’m not thrilled about the idea of checking in on my Pokemon every single day. It doesn’t fit my schedule and doesn’t fit my playstyle of taking breaks in order to pace the game out a little better. The good thing is that unlike some games I could mention, Pokemons daily events don’t punish you for not doing them. It’s more about missed opportunity than a failed requirement – you could have gotten that TR you wanted or caught a rare version of a Pokemon, but you’ll have to wait until next time. Doing the dailies for Pokemon Sword and Shield is certainly the mechanically optimal way to play the game, but you are free to engage as much or as little as you want.