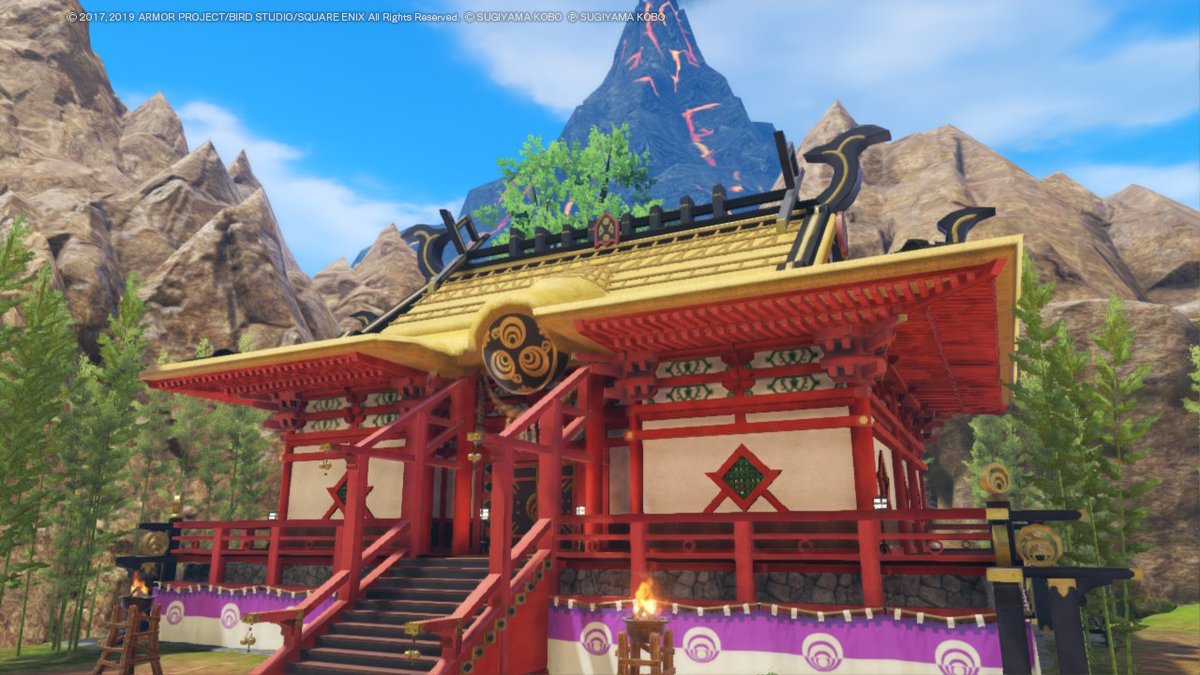 One of the toughest things about gaming as an adult is finding time to really dive into a game. My typical schedule allows for maybe 1-2 hours of gameplay in a given evening during the work week, and that’s assuming that plans with friends or my wife, or writing blog posts aren’t a factor. This is pretty doable for games that have a relaxed pace or are relatively short in length. What gets tricky are the massive roleplaying games with complex mechanisms to engage and long, convoluted stories. It can be tricky to follow the story when it is fragmented into small pieces, or to remember where I was going when my character is standing in the middle of a vast field.

Fortunately for me, Dragon Quest as a series is one that has always excelled at episodic narratives. The typical structure of a Dragon Quest “chapter” is to arrive at a town, learn about the problems taking place there, do some sidequests and battles to earn or buy equipment and prepare for the dungeon, and then travel to the dungeon where you’ll face a boss and wrap up the chapter, learning about the next place where you’ll need to go. It’s sufficient for a single play session or can be broken up into two sections, with the story and sidequests pieces generally falling into one session and then the dungeon becoming a second session.

This type of play perfectly suits my style and fits well into my schedule. For today’s article I specifically wanted to discuss the town that (at the time of writing) I just wrapped up, a location in the world of Dragon Quest XI called Hotto. Hotto is a fantastic example of the classic DQ structure at its best, so highlighting it is the best way to show how this structure functions so effectively.

You first reach this region of the game through the Door of Departure after a narrow escape from some enemy cavalry. The door leads into barren mountains, your only company a priest for saving the game and a merchant to provide medicine and some basic gear. A few of the monsters are relatively weak but scattered among them are more dangerous foes, with both melee attacks and spells that deal a decent chunk of damage. The path forward is relatively linear so it isn’t long before you’ll arrive at Hotto, a village whose signs describe it as a “sweaty oasis.”

As soon as you enter Hotto, a man approaches the party to invite you to rest in the town’s sauna, which seems to be the main attraction. This causes your partner Erik to leave the party for a bit, giving you a good excuse to explore the town instead of heading right back out. A moment I particularly enjoyed was realizing that everyone who is native to Hotto speaks in haiku – the game doesn’t ever explain the reasoning behind this and doesn’t even really point it out, which for makes it more fun. It’s just one of the quirks that sets apart Hotto from other towns in the game.

When I arrive in a new place I always make a point of checking it over for quests and visiting the store to see what kind of equipment is available. The armor store had some pieces that neither of my characters would equip, which suggested that I’d be meeting a new party member soon. Towns with new party members are the best kinds of towns, so naturally that made me even more excited to explore the rest of Hotto. I scooped up the gear that Erik and Hero could use and then made my way towards the various quests visible in the town. This early in the game, any available quests still had a bit of a tutorial element to them: one is focused on learning to craft +1 items and the other on finding rarer materials like ore.

With my quests logged and gear purchased it was time to advance the story enough that I’d be permitted to leave town. Erik had traveled to the sauna, and after stripping down and accidentally trying to walk into the women’s section (I forgot to talk to the desk clerk, honest!) we met a young girl trying to find someone who was missing. Now on my way to the armor shop I’d encountered another girl looking for a missing person, so naturally the party concluded that these two ladies were looking for each other and immediately brought them together. As it turns out, the sauna girl was actually looking for her dad, meaning that the girl in the red hat looking for her sister still had some searching to do.

At this point I went exploring around the region to gather up various things I needed for quests. It was also a good opportunity to do some leveling up and to replenish my money after spending a good chunk of it on items. Getting some battles in after some time watching cutscenes and talking to villagers was also a nice change of pace. It can get frustrating playing a game and spending all of your time repeating the same type of action, whether that action be progressing the story or engaging the core mechanisms of the game. By swapping regularly back and forth, it keeps both somewhat fresh.

The quests in Hotto had really solid rewards. Crafting a +1 gold ring got me a crucerang, which is a four-pronged boomerang that had higher attack power than the one Erik was currently using. Boomerangs are my favorite Dragon Quest weapon, their ability to hit all the enemies on the field making them so useful for clearing out enemies quickly. For bringing iron ore to a blacksmith, he let me keep the ore and then also taught me recipes for iron weapons, which allowed me to forge a stronger version of the greatsword being used by Hero in order to increase his attack power.

Now the fun part was nearly here. Erik and Hero learned from the red-hatted girl – Veronica – that she had been kidnapped and her sister tried to pursue her kidnappers. Of course, now that Veronica had already escaped, their roles were reversed; Serena would be in danger until Veronica arrived to rescue her. She enlists the help of Hero and Erik, who agree to set off to the lair of the monsters. At this point Veronica unofficially joins the party, operating as an AI character that the player cannot control. This is a mechanism that I’m not a huge fan of, but there end up being story reasons why Veronica isn’t able to join at full power.

That brought me to the dungeon. Not every Dragon Quest dungeon has a strong theme or unique mechanic, but this one featured a trap theme where multiple sections of the floor would collapse beneath you and drop you to the dungeon’s lower level. This typically involved luring the player to an area with a treasure chest or Yggdrasil root only for the shortest route between them to be a trap. What I appreciated about this mechanic was that learning to see through it didn’t necessarily mean you’d avoid it – there was one path in particular where trying to take the longest possible route actually led me to a trap, and the middle path turned out to be the way I needed to go.

Yggdrasil roots in DQ11 give visions of the past and serve as hints for how to move forward. In this dungeon, they featured one of the boss’s lackeys revealing paths through traps or the password in order to enter the final chamber. Once inside the boss room, we learn that the villain Jarvis has been stealing magic from young maidens in order to present to the mysterious Lord of Shadows as a gift. This is why Veronica isn’t able to bring her magic to bear – Jarvis has it in his wicked urn. Claiming it means defeating him and his shadow lackeys.

Once I defeated Jarvis I was returned to Hotto along with Serena and Veronica. My reward for completing the main quest around Hotto? Two new characters in my party! Both sisters are magicians, with Veronica focusing on offensive magic while Serena focuses on healing magic. We all know how much I love the Dragon Quest skill tree, so getting the chance to see what the twins brought to the table was a fun experience, and I was able to pick up the gear from the shop that belonged to these two characters.

By the time my Hotto journey was over, I’d discovered a new location, done two side quests, upgrading my equipment, navigated a dungeon, defeated a boss, and earned two new party members. All of this took me somewhere between 1.5-2 hours – the ideal amount for one sitting of game time in my schedule. Being able to progress through the game in this episodic manner makes it a lot easier to fit into my schedule when I play, which means that I can still fit this otherwise very large RPG into my life. It’s a structure that works well, and I for one am glad to see it being utilized by more substantial roleplaying games.