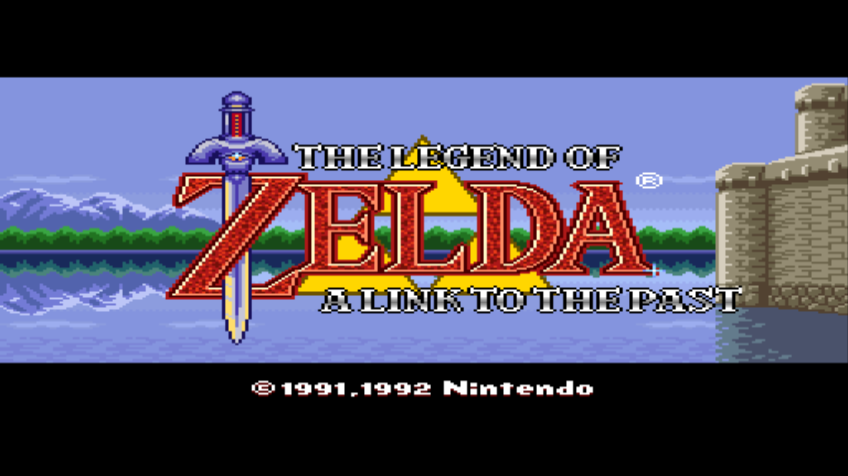 On Thursday of last week (September 11th), I booted up Super Nintendo Entertainment System for Nintendo Switch Online and heard the iconic opening notes of A Link to the Past. Three days later on Sunday morning, I fired a silver arrow into Ganon’s heart and brought peace to the land of Hyrule. It was a nostalgic three days but also three days full of interesting new discoveries. You see, despite playing tons of A Link to the Past during my childhood years, I never actually completed the game. Last weekend was my first time ever seeing the credits roll.

A little background on my gaming history: my first console was the Nintendo 64, so my early days of Zelda were spent in the vast Hyrule Field of Ocarina of Time. I received an SNES a couple of years later and while I did enjoy going back to some of the older titles on that system, my standards were already established by the 64. I thought of SNES games as “old” games and the ones that I liked the most were the ones that didn’t really have an equivalent on the 64 (like Mega Man X). For some added perspective, I’m only 20 days older than A Link to the Past – it was released in the States just shy of three weeks after I was born.

I started A Link to the Past many times – many times – but rarely played through the actual story of the game. I stumbled around the overworld fighting monsters, and when my stepdad later progressed far enough in his own file to unlock the Dark World I would occasionally go there too. I saw very little of any of the dungeons and basically no story content outside of storming Hyrule Castle at the very beginning of the game. If it weren’t for having some familiarity with the map thanks to A Link Between Worlds, I could have essentially called my playthrough a blind one: I had no idea what I was doing for most of the game as my memories ran out past Sanctuary. So I thought today it would be fun to share my perspective on the Zelda game that’s as old as I am now that I have finished it for the very first time.

The first thing that caught me off-guard about this game is how absolutely terrible I am at it. It has been a long time since I played a non-RPG that only moved in the four cardinal directions, and learning to slash at enemies who were approaching me from an angle was a chore I didn’t expect would challenge me as much as it did. That iconic snake trap at the end of the sewer dungeon leading up to Sanctuary? It killed me. I literally died in the tutorial dungeon. Fighting snakes. If I believed that skill had anything to do with your “gamer card” I’d be turning mine in immediately. It took me some time to relearn that games from this time period are all about learning attack and hazard patterns and then timing your attacks during the moments when it’s safe to take action.

To say that I made liberal use of the SNES Online rewind function would be an understatement. A lot of it for me was about not being willing to put in the time it would take to manually recover from certain mistakes. Dying against a boss means returning to the beginning of a dungeon with three hearts and no supplies, and I had zero interest in backtracking. The same went for falling to a lower floor in multileveled dungeons or realizing I chose to take the wrong path first at a fork in the road – while I didn’t set out with the intent of finishing the game in one weekend, I simply didn’t have the drive to repeat areas over and over again while I worked to achieve game mastery.

This is something I knew about myself already – I enjoy certain kinds of challenges in games but pattern memorization is not one of them. When my punishment for going the wrong way is having to repeat two floors of the dungeon that I just survived, it’s a turn-off for me. Nothing wrong with that style of game and some people even prefer it, but I have different ideas of what’s fun for me. It didn’t help that battles in A Link to the Past are essentially meaningless. When you’re low on health they can be valuable for getting hearts, but you’re also putting your low health at risk and it really makes more sense to simply avoid battles entirely as a method of resource conservation. Why burn your arrows on an enemy who will probably just drop arrows for you to pick up? This is an issue you can run into in a lot of Zelda games, but they have worked in newer entries to give you a bit more reason to engage in combat (namely through ingredient drops or quest collectibles).

The combat wasn’t the only feature of the game that I found giving me trouble. Much of A Link to the Past is about discovery – you figure out both where to go and what your various items do through trial and error. If you get a new tool you should try it out to see what it does, but it’s also important to be aware that some items have different functions when you use them at different times, or only apply their function in specific circumstances. For example, when I first got the flute and used it to free the duck from the weathervane in Kakariko Village, I tried playing the flute in the Dark World and in a dungeon to see what happened. When nothing happened, I assumed the flute was only a quest item and never touched it again. That is, I never touched it until I was trying to interact with something that I couldn’t figure out later in the game and accidentally learned that the flute allows fast travel in the Light World.

Because the game is so much about finding your own way, it is easy to end up in a situation where you need an item you don’t know you need until you’re knee-deep into trouble. Now there is a fortune teller who you can pay money to give you guidance, but sometimes the guidance focuses on side quests and the advice you receive can be a bit on the vague side. There were some occasions where it seems that there was some kind of condition I had to meet that I didn’t know about. For example, the fortune teller told me multiple times about a new product sold by the bomb shop, but whenever I went there the salesman had no new products to offer me. It wasn’t until I couldn’t beat the game’s final boss and I looked up a guide that I learned the special bomb I couldn’t buy was a requirement for me to finish the game, so I went to the shop and lo and behold it had spawned. I still haven’t figured out why I was getting the quest prompt before I was able to actually activate the quest, but it’s stuff like this that had me frequently looking to guides. I was doing the right thing but at the wrong time, or I had all the tools I needed but had no context to help me understand how to use them properly.

Some of this seemed to come down to an inconsistency in the mechanisms of the game. There are some dungeons where moving from room to room resets elements of the dungeon. A monster reappears that you had previously killed, or a switch you covered up with a statue is no longer pressed. But other locations didn’t follow that logic, and because I was operating on the logic that the game taught me early on it led me to some faulty assumptions. I spent a significant amount of time lost in Skull Woods because I didn’t realize that pressing a star switch in one room was doing something in a completely different room of the dungeon, but previous dungeons had led me to believe that the only kind of switch that affected other rooms were the red-and-blue orbs that activated or deactivated the colored barriers. Future Zelda games have addressed this sort of problem by showing you when a switch in one room has an affect in a different, distant room, but without that knowledge in A Link to the Past I found myself wandering aimlessly multiple times.

Because of my struggles with the old-school gameplay, I found that a lot of my enjoyment of A Link to the Past came from seeing the origin of familiar set pieces like the Master Sword, as well as revisiting locations that I recognized from A Link Between Worlds. It was also interesting to see the natural unfolding of elements of the game that I knew about but never saw in action on my own before. Visiting the Dark World on my own for the first time, for example, was something that I never actually got to experience. And that event came after battling Agahnim, a villain I had seen in cutscenes but never battled before. Getting to experience those moments on my own was a lot of fun, even if I needed a guiding hand through some of them.

It was also interesting from the perspective of seeing how game design has changed over the years, and learning a bit more about my own preferences as a gamer. The Legend of Zelda is my favorite game series, but that doesn’t mean that every title will perfectly resonate with my preferences or that there haven’t been opportunities for the games to grow over time. There have been lots of quality-of-life changes over the years that have changed the way in which games challenge the players, and for some players those changes have sucked the life out of the games or made them easy in a way that they don’t find enjoyable. For me, the opposite is true – revisiting A Link to the Past was a neat experience but not one that I particularly want to “enjoy” again.

I’m curious to hear your perspective on the matter, adventurers. Did you play A Link to the Past when it first came out or did you experience it later? Do you enjoy the pattern memorization and challenge of discovery offered by older games? Do you have any plans to revisit any of the games available on the SNES Online service? Let me know in the comments below, and thanks for reading!

Leave a Reply to the Well-Red Mage Cancel reply