This article was written between 7-8 AM EST, a little more than an hour before the actual airing of the Pokemon Direct, and does not reflect my actual opinion about the Direct or any of the real information contained in the presentation.

Holy wow, adventurers. They did it. I cannot believe it, but Pokemon generation 8 has turned out to be everything that I ever wanted from it. I honestly had my doubts about this game – I was concerned that Game Freak would play it safe. But they realized that the only way to keep people playing this aging series is to completely revamp the Pokemon formula from the ground up.

First of all, let’s talk about those graphics. 4K resolution on the Switch? How’d they even do that? I love the degree of realism in the characters. When they showed Red standing on top of Mt. Silver in the snowstorm, you could literally see the hairs on his arm standing on end. I was particularly impressed with the textures on his Charizard; I felt like I could reach out and feel the roughness of its scales. This is easily the best looking game of all time. And the decision to put it in VR so you could be totally immersed in the Pokemon world? Amazing. I guess we all know what the new Switch is gonna be this year – Switch VR! I can’t wait to see the Nintendo Direct for that in March.

I honestly had a hard time paying attention to the lifelike graphics because my mind was focused on the music. The dubstep version of the original Pokemon theme song slayed. I’ve never wanted to dance so much in my life, but also cry at the same time. And such variety! They went from the high octane sounds of club dance music to a fully orchestrated performance of the Route One theme as played by the Tokyo Philharmonic Orchestra. And that a capella rendition of Blue’s Theme? I could listen to that on repeat for the rest of my life.

I guess it’s obvious at this point that Pokemon gen 8 is exactly what we all dreamed it would be: the seven main games in the series all tied together by one overarching story. Totally open world, too – you choose which of the seven established regions you want to start in and even choose your starting town. It doesn’t matter where you go because Pokemon scale with your level, so you can freely explore starting from any spot in any region with no concerns. I loved seeing my favorite characters like Maxie and Diantha right alongside Pokemon from completely different regions.

The world is so much more detailed now. They took the first step in Let’s Go but they really expanded on it here. Pokemon in the overworld now each follow specific patterns like real animals. You can watch them hunting each other in the wild, traveling in herds to find new grounds for grazing, and even catch them during mating season trying to impress Pokemon of the opposite gender. The scene where the player character had to track a Tropius by its stool all the way from Fortree City and then set an ambush for it with his Ariados was just incredible. I can’t way to engage with that intricate stealth gameplay!

Of course, the most exciting part is definitely the new battle system. Converting Pokemon from a turn-based RPG into an action game was definitely the right decision. I love the combos they showed off with Gardevoir, chaining different attacks together to pull off mega combos that destroyed breakable objects in the environment. Being able to instantly shift between different Pokemon in your party using the shoulder buttons was a brilliant idea, and I can’t wait to pull off some of the tag team moves that they showed. When Golisopod picked up Aegislash and started using it to wipe out that horde of Unown, I was salivating with anticipation. 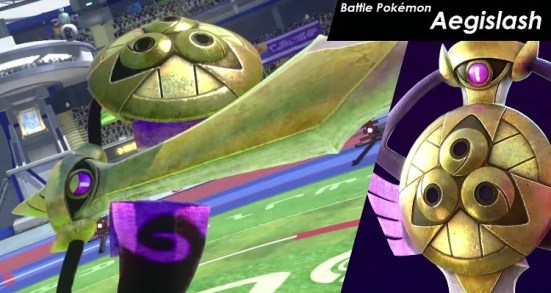 Perhaps the most exciting bit of news, though, were the announcements about all of the multiplayer features. It’s so great that they finally incorporated a Stadium mode so that we can all experience what was the pinnacle of Pokemon multiplayer in 4K. Being able to choose Pokemon with such unique movesets, like a Volcanion with Splash, is so satisfying. I also enjoyed the minigame they showed off where you try to see who can feed Bidoof the most Pokeblocks in 45 seconds by using the Switch’s motion controls to throw them at the screen. Just don’t accidentally throw a Pokeblock to an opponent’s Bidoff!

Really though, the highlight of the Direct for me was when they showed the Battle Royale mode. Being able to choose any one of the now 1,074 available Pokemon and fight a group of 150 opponents was a brilliant idea. Luckily they announced with that a plan to upgrade the Nintendo Switch online service with the new pro mode we’ve all been hearing about – better connection, a full set of virtual console titles from the NES all the way to the Wii, and all for only $45 a month! Wow! I thought it was really smart of Nintendo to incorporate these announcements into the Pokemon Direct – it really helped that seven minutes to feel eventful.

I guess if I had to complain about anything, it’s that the designs of the new starters are pretty weak. Apparently the guy in charge of the Pokemon designs had the idea to base the starters off of objects on his desk, and the rest of the team was super into it. But come on, these designs are lame as hell. The fire starter, Staploburn, was probably the best design of the three. Its staple teeth actually were kind of cute. Way better than Flowtractor or Calculeaf. Even though Staploburn looks the coolest, though, I’ll probably go with Calculeaf since its special move is super effective against all the types it is normally weak against.

Overall, I thought the Pokemon Direct was incredible. The way that they packed so many features into what is obviously the ultimate Pokemon game left me completely satisfied. Heck, even the silly designs for the starter Pokemon don’t bother me all that much when I think of how my desire for a fully open world, action-packed stealth battle royale with minigames has finally been met. All I can say is: thank you, Game Freak. Generation 8 will truly live on as the greatest Pokemon game to ever be made.

Well, at least until gen 9 let’s me fuse Mewtwo and Blastoise together.