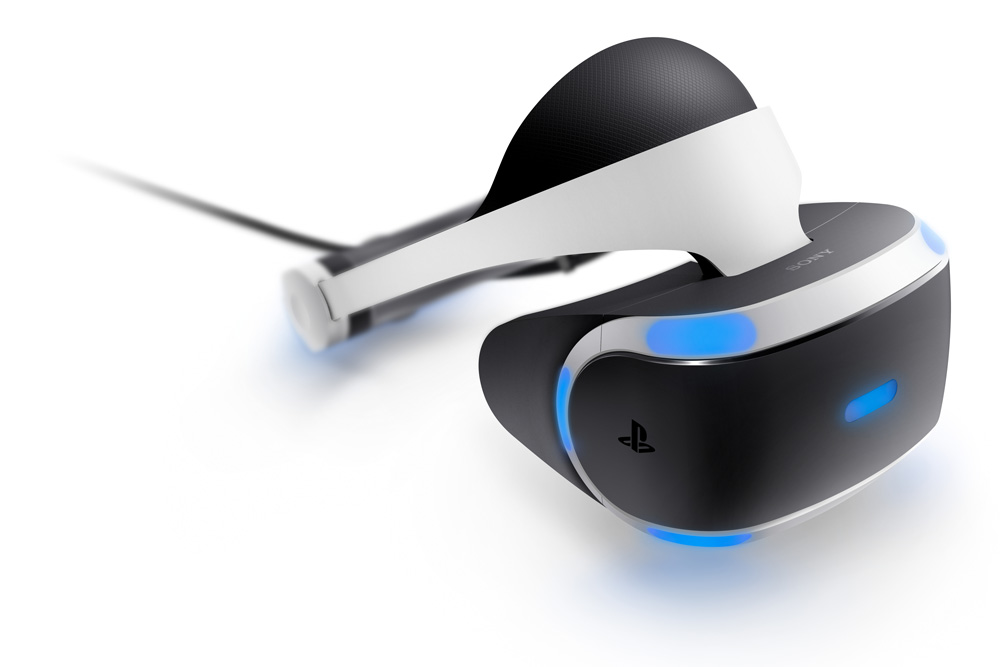 As a kid growing up, virtual reality was often considered to be the future of video game technology. Games which allowed you to literally experience their world, total immersion into the setting, using your physical body to swing swords and dodge bullets – all of this appeared alongside flying cars and robot servants in shows about what our future would be like. But while cars are firmly grounded and our robot servants are more Frisbee-shaped than we anticipated, virtual reality actually seems to be coming along nicely. It may not be the future of video games yet – and I personally would never want it to be – but it’s an interesting gimmick that multiple companies are implementing and succeeding with.

I experienced VR for myself almost two years ago, and at the time I did some thinking about games I might want to experience in virtual reality. The topic has come to mind again thanks to a community event here on the blog called Charming and Open. It’s a mutual exchange of inspiration where another blogger and I ask each other questions and then answer in the form of blog posts. My partner in crime this time is the fabulous Pix1001 over at Shoot the Rookie, a Charming and Open veteran who agreed to be one of the guinea pigs in a new, monthly version of the event. I’ll link her answer to my question at the end of the post – for now, let’s dive into what she asked me:

“Virtual Reality gaming has finally started taking off in the last few years, and it seems likely that it will continue to grow and that the technology will continue to develop. With that in mind, what video game series would you most like to see a VR game for and what is it about the series that you think would make it a particularly good fit?”

The series that I think would excel as a virtual reality title is the Dragon Quest franchise, the classic JRPG series created by Enix. I’m a big fan of Dragon Quest and have beaten nearly every numbered title in the series. More so than Final Fantasy, this series is the quintessential JRPG in my view. It has quite a few features that make me think it could work in virtual reality, so let’s unpack them one piece at a time.

A UNIQUE WORLD
Dragon Quest always has a bog-standard fantasy setting with castles and knights, dragons and cathedrals. There are cursed towns, towns where all the thieves live, towns where the mayor is secretly a monster, and towns where some eccentric wizard or inventor lives. Dark sorcerers try and take over the world with their monster hordes from abandoned castles in the midst of desolate swamps. Now none of this may sound unique on its own, but what makes Dragon Quest’s world special is the art direction and the artist behind it, Akira Toriyama.

If you’ve ever watched an anime or read a manga in the Dragon Ball series, then you know Akira Toriyama. He has a distinct art style that, for many westerners, served as their introduction to the world of anime. You instantly know his work the moment you see it, and while other franchises have changed dramatically in their visuals over the course of time, the monsters and characters in Dragon Quest have maintained a specific look that feels iconic. Seeing these monsters in virtual reality and facing off against them would be a major part of the game’s charm.

Just imagine exploring the world of the game in first person. Hammerhoods and slimes roaming the overworld might be friend or foe, and the only way to know is to approach them and see. Sabrecats and restless armours, capable enemies who are tough to defeat when you first encounter them, would be that much more intimidating in virtual reality. Enemies with a puff-puff ability could literally distract you from paying attention to the stronger, scarier monsters about to attack. The creatures of Dragon Quest are full of personality and life – being able to experience that life directly in the virtual world would be a big part of the game’s appeal.

MOVEMENT AND INTERACTION
One of the big flaws with VR as it exists now is that the technology limits the kinds of actions you can take in the virtual world. We cannot yet, for example, incorporate the player’s feet to actually walk around the game world. We can’t give the player functioning hands to finely manipulate objects in order to complete puzzles. The control schemes for VR currently rely on motion controllers with limited button inputs, and that for me personally is a big turn-off of VR games. I remember thinking Skyrim looked pretty cool in VR until I saw that the way you move around is by indicating points on the ground to teleport to – it breaks the immersion that the game was trying to create when you are forced to interact with the world in such a jarring and unnatural way.

I think the solution to this is to embrace the RPG aspects of Dragon Quest, and to have the game as a throwback to the older titles in the series. Before the era of contextual action buttons, Dragon Quest was using menus to do everything. Standing on a treasure chest tile? Open a menu and select the option which allows you to open the chest. Are their stairs beneath you? Open a menu and select the stairs option to head down them. Same thing if you want to talk to a person that’s in front of you: open the menu and select the appropriate option. Instead of trying to replicate actions that VR technology can’t accomplish yet, go the opposite direction – bank on nostalgia! I think this would work even better if the menu options incorporate the humorous, pun-filled text that modern Dragon Quest is known for. Some gamers might find the retro features easier to swallow if they are a joke as much as they are a workaround for the otherwise-clunky VR mechanisms. 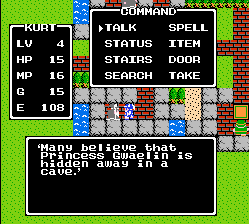 I think the other key to solving the movement problem would be to keep the distinction between overworld navigation and battle scenes. In Skyrim, there’s no distinction between combat and not combat – it’s an action game. By leaning into the turn-based RPG aspects of Dragon Quest, movement can be made to feel more natural because the controller would have completely different functions in and out of battle. In the overworld, pressing one of the buttons on the controller could cause you avatar to walk forward in the direction that you’re looking. This allows you to move naturally rather than weirdly glitching through the world by launching yourself with a teleport function. When you touch an enemy or get a random encounter, the screen moves to a battle screen and the buttons can now serve different purposes. And that brings me to the next aspect of Dragon Quest that I think translates well to virtual reality:

BATTLES
Until Dragon Quest VIII on the PS2, the series never showed your character or their party during combat. Battles take place in first person. You face the party of enemy monsters head-on, watching your spells launch at them from a first person perspective or simply seeing a slash come across them when you attack in melee. When the enemies attack, you see their sprites move towards you or a unique animation for their spells. This is particularly interesting in that you see magic a little differently depending on whether you are casting the spell or the monster is.

Naturally, any battle in virtual reality is already going to be in first person due to the nature of the technology. Dragon Quest is ahead of the game in that regard – the battles taking place in first person wouldn’t feel like an artificial change. For those experienced with older titles in the series, it would be a return to form. Now depending on how retro Square Enix wanted to go with Dragon Quest VR battles could still be menu-based, turn-based affairs, or they could modernize it a bit by having battles take place in real time using motion controls. Swinging your controller could slash with your melee weapon, and a button press could change to your spells. 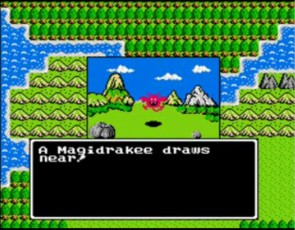 Now while all of the games beyond the first title have featured multiple party members in your fighting team, I think it would be interesting to hearken all the way back to the original Dragon Warrior for the VR game. A lone warrior setting off on a grand adventure with nothing but her sword and her spells to stave off the dangers of the wilds – it’s an interesting fusion of western and Japanese roleplaying that we don’t see too often in games. Besides, Dragon Quest Builders has already taught us that Enix can get a lot of mileage out of re-purposing the story of the original game.

Ultimately, I think Dragon Quest is a great fit for virtual reality if done well. Too many of the VR games I have seen lean too hard into trying to be action-packed, boundary-pushing experiences. Rather than trying to take the technology to its limit, a Dragon Quest VR game would be a visually pleasing, nostalgia filled romp through a classic fantasy adventure, combining old and new in creative ways that are fun without being reduced to a tech demo.

CHECK OUT SHOOT THE ROOKIE’S POST!
I hope you enjoyed the dive into my thoughts on virtual reality, but this is only half of the story! I asked Pix1001 the following question to answer on her own blog:

“I know you’re a fan of both JRPGs and anime, so is there a video game you’d love to see as an anime, or vice versa? And how would it change in its new form?”

Now that you’ve read my Charming and Open submission, I encourage you to go and read Pix’s post as well. And if you yourself are interested in getting involved in the Charming and Open event, you can do so by reaching out to me via Facebook, Twitter, or using the Business Inquiries page here on Adventure Rules. I’m looking forward to answering even more great questions from the blogging community!

3 thoughts on “Which Video Games Series Should Get the Virtual Reality Treatment? (Charming and Open)”