Blogger Blitz seems like it started just last week, but in reality the competition has nearly reached its end. Only one battle remains, the battle for the championship and a year’s worth of bragging rights! Last week we learned the second and final competitor in the championship match – this week we’ll learn all about the event they are competing in. But before we get into detail about the event itself, let’s review the semifinals for those who may have missed out.

Semifinal matches were held for two weeks, four competitors competing in two different events to determine who would move forward to the championship match. Semifinalists were determined by four previous matches in which eight competitors and their sponsored villains battled for blogging superiority. Now if this is your very first time seeing anything about the Blogger Blitz at all, I want to give you a chance now to avoid any spoilers, as well as reviewing for those who might need a refresher course. So starting from the very beginning, let’s work our way up to the championship match. Click the character name for their competition submission, the Twitter handle for the blogger’s social media, and the event name for the results post:

At this point we reach the semifinals, the matches that just wrapped up last week:

With those matches now completed, we have our finalists, the two competitors who will face off for the title of champion. But who are these mighty villains and their enigmatic sponsors?

GANONDORF, SPONSORED BY TERI MAE OF SHEIKAH PLATE
It seems like everyone would know the King of Evil, the recurring villain behind one of the most beloved game series of all time. He’s taken many forms over the years, from a giant pig to a puppet pig to an artwork pig to a mechanical spider that turns into a darkness pig. I’ve traditionally done my artwork of him from the Ocarina of Time version – due in part to the fact that Smash Ultimate just made this the most relevant incarnation again – but we seem to be dealing with the Wind Waker Ganondorf as he’s based in the Forsaken Fortress. In reality, Teri Mae has a big variety of games to pull from, and her Ganondorf has some qualities from all of them. He’s demonstrated a violent streak but cleverness as well, and when he defeats an enemy he makes sure to rub their face in it.

Teri Mae is the culinary expert behind the gaming and cooking blog Sheikah Plate. Besides being a fantastic play on words, Sheikah Plate in a fun blog where Teri provides real life versions of the many recipes that Link prepares in Breath of the Wild. She provides excellent photos of her process, easy to follow instructions, and delicious recipes for your dinner table. Teri Mae is a Blogger Blitz veteran and this is her second time in the championship match. Last year she was defeated by Lightning Ellen and her sponsored hero, Lightning Farron, but Teri Mae has already defeated the very opponent who knocked Ellen out of the competition! Will nothing stand in her way now? 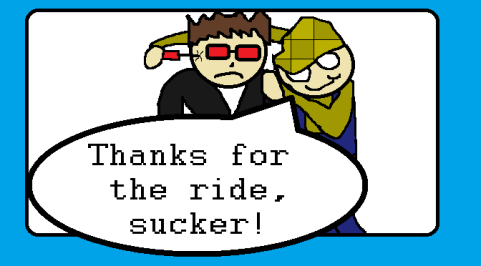 FRANK FONTAINE, SPONSORED BY MICHAEL OF GIT GUD AT LIFE
Atla – I mean, Frank Fontaine is the main villain of BioShock, a game that I have not personally played but which has an impressive reputation in the gaming community. As a skilled grifter and manipulator, he often works behind the scenes and impacts the world through his cunning plans and limitless resources. In the competition just as in the games, Frank’s ability to twist perception and manufacture shocking revelations has been an effective weapon in his arsenal. Particularly when paired with a healthy serving of ADAM and the whirring drill of a Big Daddy.

Pairing perfectly with Fontaine’s penchant for the theatrical, Michael of GGAL constructs blog posts with daring new formats never before seen in the Blogger Blitz. He’s a relative newcomer to the game blogging community, having started GGAL in February of this year. When he’s not busy with schoolwork he’s writing engaging posts on video games, including a great series on this year’s E3 events. Despite being a fresh face in both the blogging scene and the Blogger Blitz itself, Michael has proven twice over that he is more than capable of delivering excellent content and doing so in a way that turns the competition on its head. If there’s anyone who can challenge a two-time championship contender, Michael’s gotta be the guy!

But chances are if you’re reading this, you already knew a lot of that. What you’re here to find out is the event itself. What kind of crazy antics will the competitors have to survive during the championship match? And when is all of this going down? It is with great pleasure that I finally and officially announce the championship event of Blogger Blitz: Black Sheep, designed and voted upon by fans of the competition: 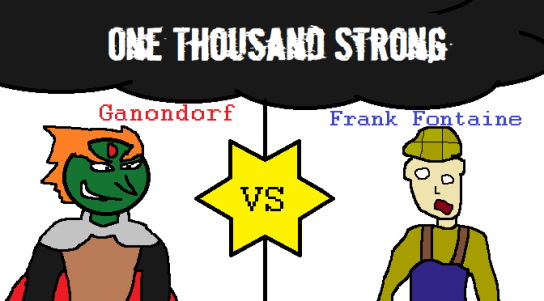 Anyone can take on a single enemy. Taking on a dozen or so enemies isn’t really that tough either. But fighting an army of 1000 monsters born of the darkness left behind when a human body is deprived of its heart – now THAT’s scary! But that’s exactly what our lovely antagonists will have to do in this event if they plan to make it somewhere very important – the venue for their best friend’s wedding.

Villains keep strange company, so really it’s only natural that they would hang out with someone who thought a monster-infested canyon would be a cool place to tie the knot. As the best friend, your chosen bad guy (or gal, or gender-non-binary person) is obviously expected to be in the wedding. But to get to the front of the crowd, you’ll have to fight your way through one thousand Heartless, beings that feed on the darkness inside of hearts – and there’s a whole lot of dark hearts at this wedding!

Luckily, you’re not alone. One of the most iconic parts of the Battle of the 1000 Heartless in Kingdom Hearts II is the series of cameos from previous allies who show up to kick some tail and help you make your way through the Heartless army. In the Blogger Blitz championship, these partners are the characters you’ve defeated in battle! You can include in your post cameos from the two opponents you defeated directly, as well as the character your semifinal opponent defeated, giving you a total of three characters to partner with when taking on the Heartless menace.

So there you have it, fight fans. Our final bout of Blogger Blitz: Black Sheep will pit both competitors against an army of Heartless and culminate in a gaming wedding! You’ll get to see the match posts one week from today on Monday, September 24th, on the blogs of the competitors. The final results will be posted here on Adventure Rules on Friday, September 28th. It’s hard to believe that the competition is almost over, but this event will certainly be a fantastic finale! You won’t want to miss it!