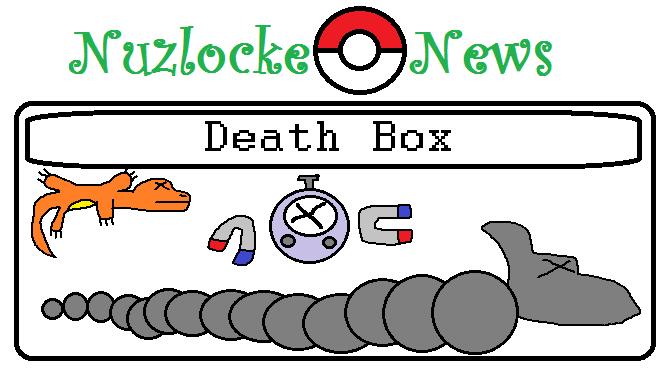 “The feds have been looking for this one for awhile,” says local policewoman Officer Jenny. “I’m glad to finally have this little monster behind bars.”

Witnesses on the scene were horrified when Brandon’s PC Box revealed a number of dead Pokemon, including a Cherubi, Kricketot, Shinx, and even a Chimchar. We spoke to Detective Looker of the International Police to share more details.

“I’ve caught a dozen kids just like Brandon,” Looker says. “It’s pitiful, really. These kids set out on their Nuzlocke challenge thinking they’ll find fame or fortune. Instead, they find 20 years to life in a prison cell.”

When we asked Looker why in the world anyone would do something so horrible, his answer was clear: good intentions gone bad.

“When a Pokemon dies during the Nuzlocke challenge, the common thing to do is release it,” Looker states. “But some trainers don’t like to do that. They want to keep the Pokemon around in case they need an HM slave or they want to do a giveaway for their Poketch followers once the journey is over. So they pile up a PC box with the slain bodies of their partners.”

“YOOOOOOOOOOOOOO WHAT’S GOOD SINNOH, IT’S YOUR BOY BRANDON HERE! I’ll be doing a sub-only stream from my prison cell later tonight, so be sure to SMASH that subscribe button if you haven’t yet! LATER PEEPS!”

“NATURE THE BEST EXAMPLE OF HETERONORMATIVITY,” SAYS POKEMON BREEDING EXPERT
Route 3, Unova – While some scientists have recently publicized studies suggesting that human sexuality exists on a spectrum, one man insists that we need look no further than our Pokemon companions to understand why the studies are rubbish.

“There are simply no examples in nature of what these quack scientists are saying,” says Pokemon Day Care provider Chuck Glamor, 53. To get a better idea of Chuck’s arguments, we at Nuzlocke News decided to interview him directly.

Q: So Chuck, tell us a little about your role as a Day Care man.

A: Every day, people bring me their Pokemon to leave at the Day Care. Sometimes, eggs just inexplicably appear. I don’t know where they come from, it’s actually wild. But anyway, since I work with lots of Pokemon, I know about all the different kinds.

Q: So you’ve never seen a Pokemon that’s attracted to the same sex?

A: Of course not, no such thing in nature. Look at moves like Attract. A male Pokemon can’t Attract another male Pokemon, right?

Q: But what about genderless Pokemon such as Magnemite or Klink?

A: They still lay eggs, so they’ve gotta have a gender somewhere. They’re just keeping it secret.

A: The fact is, sonny, you gotta have male and female to lay eggs, and genderless Pokemon lay eggs. Therefore, they actually have genders, and are only attracted to the opposite gender.

Q: Then what would you say about Ditto, a Pokemon capable of breeding with Pokemon of any gender in any egg group, even genderless Pokemon?

A: I’d say that doesn’t change anything. Ditto turns female for men and turns male for women. That’s as straight as it gets.

Q: But Ditto couples with Pokemon of any gender. Does that not fly in the face of the typical conception of what it means to be straight?

A: No, because Ditto is always the opposite gender of its partner. So it’s always straight no matter what it’s mating with. Like I’ve been saying this whole time, there’s no examples of same sex partnership in Pokemon, so it can’t be real for humans either.

Q: Because Ditto, a Pokemon that changes from male to female to genderless depending on its partner, can breed eggs?

Chuck Glamor works for Unova Day Care, where the motto is “We Support Traditional Family Values!” His own Ditto currently has thousands of Pokemon babies all over the world, born to hundreds of different mothers and fathers of all different Pokemon species. 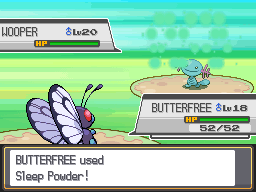 FDA ISSUES RECALL FOR “SLEEP POWDER” SLEEP AIDE IN RESPONSE TO MULTIPLE CASES OF PARALYSIS
Konikoni City, Alola – Stores along the market strip in Konikoni are being urged to pull any bottles of Sleep Powder from the shelves after over twenty instances of full-body paralysis have been reported by customers. The latest victim: Olivia, the island kahuna and resident of Konikoni. The first case of paralysis occurred late last week and the cases have picked up in frequency as more and more people rely on Sleep Powder to get their beauty rest.

“In our fast-paced and technologically-saturated world, sleep is harder than ever to get,” says sleep expert and local scientist Professor “Big Mo” Molayne. “People are turning more and more to alternative methods of getting sleep, and that makes them vulnerable when something like this happens.”

So what causes the paralysis? According to Molayne, it’s all about proper Pokemon training.

“Pokemon are often disloyal to trainers who haven’t proved their worth yet,” he says. “So a new worker comes in and orders a Butterfree to use Sleep Powder – well, maybe it uses Stun Spore instead. Now you’re introducing paralytic spores directly into your system, all because we have inexperienced workers or poor quality control.”

In light of the recall, authorities with the FDA have recommended that those having trouble sleeping explore safer methods of sleep aid, such as the FDA-approved medicine “Spore.” However, this type of medication is quite expensive and difficult to access for the typical blue-collar worker who might need some assistance falling asleep at night.

“Your chances get worse the more you go off the beaten path,” Molayne says. “Hypnosis therapy only works about 60% of the time. The ‘Jigglypuff Soothing Songs’ soundtrack, while popular, has an even lower success rate. Sleep Powder was a good alternative because it worked three out of four times without charging an arm and a leg.”

Fortunately, everyone affected by the now-recalled sleep drug was able to be treated and restored to their full range of motion.

TEENAGER FOILS EVIL SCHEME WHILE MADMAN DELIVERS LENGTHY MONOLOGUE
Geosenge Town, Kalos – Authorities in Geosenge Town presented the Bravest Trainer award to a young woman named Serena earlier this evening after she singlehandedly prevented a plot that would result in wiping out most of the population of Kalos.

Local billionaire and developer of the Holocaster, Lysandre, used his vast resources to orchestrate a plot that would ultimately lead to the destruction of the whole country, including its Pokemon. While explaining his diabolical plan to Serena, she walked past him and pressed the button on his doomsday device which caused it to shut off, then called the police.

“Honestly, it wasn’t that hard,” Serena says. “He just kept talking and talking about his plan to preserve the beauty of the world while erasing everything hideous about humanity. He didn’t even try to stop me.”

When Officer Jenny arrived on the scene, she was able to apprehend Lysandre without a struggle. He continued his monologue all the way to the police station, through booking, and finally finished while he was alone in his cell.

“Did you know Lysandre was descended from the original king of Kalos?” Officer Jenny asks. “I do now. He went through his whole genealogy like he was reading Deuteronomy or something.”

Because Lysandre ultimately did not carry out his plan, he was simply charged with Terroristic Threatening and released on home incarceration. He is expected to return to work at the Holocaster development lab next week, and has already scheduled a 12 hour press conference to share his thoughts on his experience with the law.

“ACTUALLY, ROCK TYPES ARE STRONG POKEMON,” SAYS EASIEST GYM LEADER TO DEFEAT
Rustboro City, Hoenn – The gym leader of Rustboro City has placed an application to be ranked higher in the Hoenn Pokemon League, requesting that she not be the very first person that every trainer have to face in their journey to the championship. The reason? She feels like being the first gym leader gives trainers a bad impression of rock-type Pokemon, a group she says can be very powerful.

“When it comes down to it, rock is an incredible typing,” says Roxanne, 14. “They are both very defensive and very offensive. Normal type Pokemon such as Zigzagoon can barely touch them. Rock type moves are super effective against both flying type and bug type, so Pokemon like Taillow and Wurmple better watch out!”

But while Roxanne makes a good case for her preferred type, gym leader Brawly says that rock types aren’t all that.

“Roxanne thinks rock types are so defensive,” says Brawly, “but look at their weaknesses. Water type. Grass type. Ground type. Fighting type. Steel type. Sure, rock types may be tough to the little wimpy Pokemon you find on route 102, but they’re just a stepping stone for truly strong Pokemon to cut their teeth. That’s why the first gym is perfect for Roxanne.”

Supporters of Roxanne’s bid for more authority point to Grant in Kalos and Olivia in Alola as examples of why rock types deserve a higher ranking. Detractors reference Brock in Kanto and Rourke in Sinnoh as proof that rock sits at the bottom of the typing totem pole. Roxanne’s solution: stop giving starting trainers a water type or grass type to start their journey.

“Pokemon professors give starting trainers an unfair advantage by giving them some of the best Pokemon types out there,” Roxanne says. “Trainers just starting on their journey should have to catch whatever they can find out in the wild and use that to face the gym leader.”

In response to Roxanne’s statements, some trainers have challenged themselves to use only local Pokemon in battle against the rock type gym leader. Instead of Treecko or Mudkip, Roxanne will be contending with Lotad, Seedot, and Shroomish for the foreseeable future.