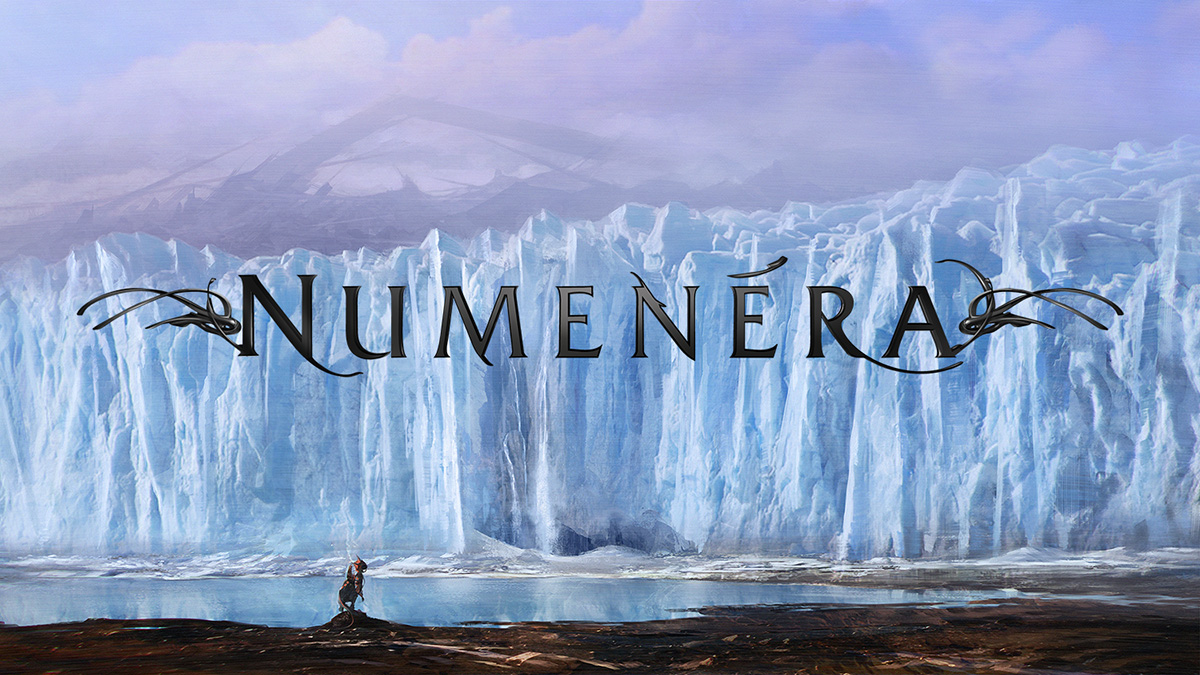 Numenera is a role-playing game that has been on my radar for quite some time. When I first learned about it, I pitched it to my RPG group at the time, but they weren’t quite as interested as me and so we went another direction with our campaign. Since then, I’ve written about what kinds of campaigns I might like to explore within the ninth world, but I still haven’t quite had the opportunity to play the game myself yet. I still want to try Numenera someday and it has been on my mind lately as my current RPG group prepares to move to a new campaign. So today I thought it would be fun to create a Numenera characters using the first edition rules! I’ll probably do this again in the future, next time focusing on a different character type.

For those unfamiliar with the ninth world, Numenera is a game set on our earth, but one billion years in the future. If those of you who are scientifically inclined are thinking “but shouldn’t the sun have burned out and left us to die by then?” you’re absolutely right. But during that billion years, eight great civilizations have risen and fallen, some of them with technology so powerful to alter the shape of the planet and the composition of the stars. When these civilizations fall, the true power of their technology is lost forever, a mystery left behind for future generations to ponder. The current generation has built society back from the ground up to a medieval-level culture, but one surrounded by incredible technology they don’t understand. You play as characters who scavenge this ancient technology to try to better the lives of those around them – or to make money, or for world domination, or for pretty much any reason one might go on a quest in a roleplaying game.

Characters in Numenera can be described in one sentence: the adjective noun that verbs. The noun is your type, one of three character classes that defines the core of your abilities. The adjective is your descriptor, a personality quality or trait that defines some of your skills or stats. The verb is your focus, a unique action that your character is particularly good at. The combination of these three things makes the character in full, and the total number of combinations in the core book is over 1000. Today I’m only going to explore one of those many possible combinations, focusing specifically on the Glaive character type.

GLAIVE
The glaive character type covers all different kinds of combat experts. Fighting is very much what glaives are good at, with their special abilities focusing primarily on combat techniques they can use to get the edge over their opponents. Perhaps it’s because of the name, but when I picture a glaive I automatically think of this armored dude armed with a wicked spear, lightning crackling along his weapon as he battles. So I want to make choices that allow me to recreate that in-game.

Glaives have starting stats of 11 Might, 10 Speed, and 7 Intellect, and I get an additional 6 points I can spend to make these stats higher. Might is all about physical strength and endurance, speed is both agility and manual dexterity, and intellect covers mental acuity, emotional empathy, and charisma. Each stat is a currency that is expended when you put effort towards your actions, when you use special abilities, or when you take damage. Might tends to be damaged first, then Speed, then Intellect. Since as a glaive, I’ll often be on the front line and my special abilities will probably pull from the Might pool, I need that stat to be quite high. So I decide to split my six points into 3 Might, 2 Speed, and 1 Intellect, for a total of 14, 12, and 8, respectively.

The next thing you choose at character creation is your origin. What makes you a glaive? The three options here are inborn traits, intensive training, or biomechanical modification. These modify your character aesthetically as well as deciding what their advancements look like. I decide that my lightning-wreathed glaive probably has some technology fused into his form, which means that when I gain experience and spend it on upgrades, those upgrades are literal physical modifications to my character’s body.

Numenera characters are defined not by levels like in most RPGs, but in tiers. At tier one, glaives start out with proficiency in all types of armor and weapons, a point of Edge in both Might and Speed (reducing how much it costs to spend those stats on extra effort), one skill, and two fighting moves. So really, I only have a couple of choices left outside of my descriptor and focus. For skills I have to choose between balancing, climbing, swimming, and jumping. I feel like jumping has the most potential to be useful during a variety of situations, so I decide to be trained in that.

For my fighting move options, there are five in total. One allows me to fight without armor, one to fight without a weapon, one is a special ranged attack, and the other two are special melee attacks: one to stun the opponent and one to deal extra damage. Now dealing extra damage sounds nice, but I have to remember that I’m still going to be choosing a focus later – lightning abilities might give me the damage bonus that some of these special attacks offer. Instead, I decide to choose No Need for Weapons to give me a  stronger back-up attack option if I’m ever caught without my spears, and then Bash to give me a melee attack that deals less damage but knocks my opponent silly.

Looking at descriptors, I’m having a hard time deciding between Strong and Tough. Strong gives me a whopping +4 bonus to my Might pool, along with a bonus medium or heavy weapon, along with skill training in jumping (which would let me change my glaive skill to climbing, swimming, or balancing instead). Tough gives me +1 to armor, +1 to recovery when I rest, an additional light weapon, and skill training in Might defense (which I otherwise could not access). While I love the idea of having 18 points in Might, the extra armor, recovery, and free training in an otherwise inaccessible skill would also be a pretty good deal. I ultimately decide on Tough, and for my bonus light weapon I choose a forearm blade. For my two glaive weapons, I choose a spear (also giving me a ranged option) and I pick up a sword-staff as a heavy weapon. Having light, medium, and heavy options, as well as melee and ranged options, means my character will be equipped for all sorts of different combat situations.

Finally, the time has come to choose my focus. This is where my character’s lightning abilities will finally come into play! Rides the Lightning is one of the focus options, and at tier one it allows the character to spend an Intellect point to add 1 damage to weapon attacks for a ten minute period. I like this as an option for my glaive because it means I can enhance my attacks without spending points out of my most important stat pool (Might). It also allows me to charge artifacts or ciphers (pieces of technology) so that they can be used one more time, allowing me to extend the life of tech that I particularly like. At higher tiers I can teleport, fly, fry enemies with lightning, and even create a wall of crackling electricity, as well as getting a bonus to my Speed stat and its Edge. These effects cost a lot of Intellect points, but again, that’s my least valuable pool as a glaive, and it gives me strategic options beyond stabbing things when I need them.

Now I just need to name my cybernetic lightning spearman! I’m immediately drawn to a lightning-themed name such as Fulmen or Blitz, but I don’t want to be quite so on-the-nose. By the same token, a spear-based name would be pretty ridiculous as well. I want the name to have more of a future/cyber feel to it rather than a typical fantasy character name, so I Google cybernetics and see if I can find some names of folks related to the field. One of the names I see is Kolmogorov, which is closer to the kind of thing I’m looking for. I break it apart a bit and jumble some letters – Kolm, Goro, Vorg, Morov, Golk – and finally decide to go with Rokov.

Without a campaign to give Rokov any context or meaningful characters to connect to, it’s hard to say what I would want his background to be like. I don’t like the idea of simply having him be the results of some kind of crazy army experiment. I think maybe Rokov was born with cybernetics already – perhaps his mother was a rare survivor of an encounter with the Iron Wind, a storm of reality-altering nanobots that wander the ninth world. They spared her pregnant form but altered the child within, destining Rokov to always be dependent on the Numenera for his survival. Constantly having to search for new devices to incorporate into his being, he had no choice but to weaponize himself in order to make sure he was strong enough to explore the dark places of the world.

That’s gonna be it for me this Tabletop Tuesday, adventurers! If you had fun with this character creation post, feel free to check out my Pokemon tabletop series or my attempt to create one of my favorite video game characters, Phoenix Wright, in the City of Mist game engine. I definitely enjoyed playing around with Numenera’s character creation, so I’ll plan to create either a nano or a jack character soon. If you’ve played Numenera, I would love to hear about the kind of character that you played as in the comments!

2 thoughts on “Creating Characters in Numenera – Part One: Glaive”