A couple of weeks ago during the Nintendo Direct Mini, Nintendo revealed the release date for Dragon Quest Builders for the Switch. Along with that, a demo version of the game became available that would allow players to try out Builders in anticipation of the February release date. I’d been interested in Builders before and had even considered getting it on the PS4, but I wasn’t sure how I would feel about the game. It had been pitched to me as a “story-driven Minecraft,” but not having played Minecraft either I had no baseline to decide if I would enjoy the experience. Now the Switch was giving me the chance to try it out, so the day after the Mini Direct I scooped up the demo and dove into Dragon Quest Builders for the first time.

Turns out, I had a blast. Dragon Quest Builders captures the classic DQ spirit while also spicing up the formula by not being a turn-based RPG. I enjoy the mild survival elements of the game – constructing shelter, making food, crafting weapons to defend yourself – as well as developing my own base and drawing in people to live there. In addition to the new elements, all of the classic Dragon Quest touches were present, from the goofy Akira Toriyama slimes grinning away while I smashed their faces in to the familiar songs and sound effects. The demo totally sold me on the game, and I look forward to purchasing it when it comes out at the end of next week.

Therein lies the magic of the demo, for both publishers and the players. Prior to having a demo, I considered Dragon Quest Builders but ultimately decided to leave it behind for other titles. Having a free demo gave me a great opportunity to see if I would really enjoy the game or not, and when I did enjoy the game, Nintendo and Square Enix and whoever else benefits from my interest in the game earned another customer. It’s a win-win arrangement that in my mind deserves a little appreciation, so today let’s talk about some examples of why demos are wonderful things!

EXAMPLE 1: TRY BEFORE YOU BUY
I’ve already shared how my demo experience with Dragon Quest Builders convinced me to pick up that game, and it’s a pretty great feeling when you scoop up a demo and then know for sure you have a new game you want to check out afterwards. I’ve talked previously about wearing out the demo disk for Legend of Legaia as a kid and so my parents decided to get the game. And while finding a great game via a demo is certainly excellent, realizing that you don’t want to buy a game is also a pretty great thing.

Gaming is a fun hobby, but it can be a time-consuming and expensive one. I’ve had multiple occasions where a game demo helped me to realize that I didn’t have any interest in purchasing a specific game. In fact, I’d say that passing on a game because of its demo happens to me way more often than buying one because of it. That’s fine with me, though, because the last thing you want as a gamer is to regret a game purchase. It’s not as if we can sell these things back for a decent price!

I have had this happen a lot recently when it came to my Nintendo Switch. While the Switch had a pretty solid schedule of releases during its first year, from time to time I found myself wanting to play it but not having any games that were jumping out at me. Now at the time this was happening I was hearing a lot of good things online about two particular titles: Blaster Master Zero and Disgaea 5. With so many players enjoying them and my own desire to get another game for my shiny new console being pretty strong, I decided to check ou the demos for these titles and see if they were going to be worth purchasing for me.

I quickly discovered that neither game appealed to me. Blaster Master Zero was a retro-inspired 2D shooter, a genre I have little experience with, and it took no time at all to realize that it wasn’t my kind of game. Disgaea, on the other hand, was a tactical turn-based RPG, a genre that I particularly enjoy. But while the gameplay wasn’t too bad in my estimation, I didn’t enjoy what little I got to see of the story and characters. While this meant I would end up waiting on my next Switch purchase, having access to demos stopped me from impulse-buying two games that I wouldn’t have enjoyed.

EXAMPLE 2: FREE STUFF!
Some demos go above and beyond the normal formula. Playing through the demo isn’t just a way for you to try out the game to prepare yourself for the full version – it’s a chance to make progress, get ahead of the game, or even earn special unlockables that are only available in the demo version of the game. It’s like Day One DLC except better, because it doesn’t charge you anything or promise you something that should already be in the game as an “incentive.”

One demo that I saw do this in a pretty great way was the Bravely Default demo. Bravely Default’s demo didn’t just show you a taste of what the game was like. Instead, the degree of completion that you reached allowed you to carry over useful gear into the full version of the game. This included nicer weapons and armor than the typical start-of-game fare, as well as extra medicine like potions and phoenix down. It went further than that, though. Bravely Default featured a rebuilding mini-game that required you to streetpass other players to gather workers for your community. Rebuilding the town quickly would allow you access to better gear and enable you to shop for necessary supplies from any of the game’s traveling merchants. You could carry over 10 workers from the demo version of the game into the full version, giving you a huge leg up on the reconstruction and giving you faster access to the many shops in the rebuilt town.

Another recent demo I can think of that did this was the demo for Pokemon Sun and Moon. The demo introduced some of the game’s key characters as well as allowing new players to get experience with the game mechanics. In addition to playing through a short storyline, you could also complete some small quests around the demo area. Completing these quests earned you Pokeballs or other items that you could transfer into the full game. And by completing the demo, you unlocked the ability to carry over a Pokemon totally unique to the demo itself: Ash Greninja. This special reward wasn’t locked behind a paywall – all you had to do to get this extra Pokemon in the full game was complete the free demo. It’s a great way to incentivize the demo as well as the full game.

EXAMPLE 3: NEWSWORTHY
This final point is relevant primarily to artists such as bloggers, YouTubers, streamers, etc, but I think it is valuable to discuss regardless. Game demos allow you to create fresh new content for your site and to stay current in conversation without having to make a purchase. This point struck me when I downloaded and played the Octopath Traveler demo a few months ago. 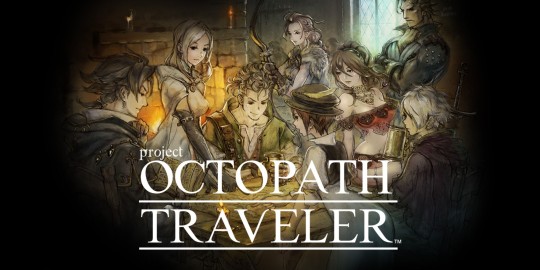 Project Octopath Traveler is a Square Enix title slated to come out exclusively on the Nintendo Switch. It tells the story of – you guessed it – eight different travelers as they travel separately, and then join forces to probably save the world. Squeenix has been hyping it up for awhile and when the demo was surprisingly announced to be available at the end of a Nintendo Direct, folks pounced on it. This was the opportunity to finally get our grubby mitts on this game – I saw a few different streamers heading immediately to Twitch to try it out, while I personally decided to live-tweet my experience with the game.

While I didn’t have a particularly good time with Octopath Traveler, what I did enjoy was being a part of the online community as we all reacted to this game at basically the same time. As I shared screenshots of my experience, made jokes about goofy things in the game or elements I thought didn’t work, I was seeing the same material from other gamers and bloggers who were trying the demo along with me. Folks shared their opinions about the art style, the characters, the game mechanics, and it felt awesome to have that whole experience together “live.”

Just like playing a demo of a game that just came out can potentially earn a developer new customers, releasing a demo of an upcoming title for free is a great opportunity for publicity. For those of us who are creators, we get to share our thoughts on the game and put out something new for our audience. Meanwhile, all those individual audiences are one big collective audience for the developer, who now has a lot more people aware of their product and (assuming the demo is well-received) excited about that product. Everyone involved benefits from the shared experience.

EXAMP – UH, WE BETTER WRAP THIS UP
Demos are a great way to experience a game you’re interested in purchasing and maybe even to get some new content at the same time. They may not always be great, but the demos that don’t grab your attention are maybe the best kind, because they prevent you from purchasing games that don’t grab your attention. And sometimes, we’re lucky enough to play a demo that introduces us to a positive experience we otherwise might have missed. Because of all this, I often find myself wishing there were demos for games that do not feature them.

Now I turn the conversation to you, adventurers. What are your thoughts on demos? Do you have any memories of a demo that thoroughly impressed or dismayed you? Do you ever find yourself pining for a demo for a game that doesn’t feature one? Or do you rarely play demos at all? Let me know in the comments below so we can show some appreciation for these special video game previews!

20 thoughts on “The Underappreciated Art of the Demo”