In January 2017, Nintendo released a Direct presentation that shed light on the mysterious device known as the Nintendo Switch. We’d seen the console and what it could supposedly do. Brief glimpses of upcoming titles were offered, but fans knew almost nothing concrete. After months of waiting, fans finally learned a little something about the upcoming Nintendo console when the month of January rolled around. I covered that Direct and even did an article on some of the games that were announced, and now this year it looks like we might be treated to another Nintendo Direct around the same time. This rumor has been reported by a few different sources around the internet, but I will emphasize that right now it’s just a rumor. Despite that, just the thought of a new Direct gets me excited so I wanted to take some time to discuss my personal hopes for what we might see.

DLC FOR SUPER MARIO ODYSSEY
Super Mario Odyssey dropped in late October and it didn’t take me long to explore the game to my heart’s content. There are a lot of positives to point out about this game – it may not have reinvented the wheel where Mario is concerned, but it took what works for his 3D adventures and refined into a winning formula that made an excellent game. The main thing that I personally wanted more of when I finished the game were the various kingdoms to explore – while the base game featured quite a few and they had plenty of things to do within them, scouring every nook and cranny of familiar territory to find the last purple coin or Power Moon doesn’t appeal to me in the way an entirely new area does.

I’d love to see DLC for this game that opens up some brand new kingdoms for Mario to experience. This game is at its most fun when you’ve entered a kingdom for the first time. What kinds of enemies can you capture? How the heck do you get to the top of that tower? Where are the 8-bit Mario challenges in this kingdom? All of these questions push you to explore and that first encounter with an unfamiliar place creates feelings of excitement and adventure. That’s the part of Mario Odyssey I loved the most and that’s the part I’d like to see expanded with DLC.

As far as particular kingdom types I might wish for? Well, something I think many players would like to see is an expanded Ruined Kingdom. The way this location was introduced in the game felt so epic and the boss battle here is unique for a Mario game. There’s this build-up that makes the Ruined Kingdom appear to be an incredible place, but the disappointing reality is that there is nothing to explore within it. Expanding upon that doesn’t seem as if it would be quite as difficult as building a new kingdom from scratch (although I’m a technological dunce so maybe that isn’t the case). In addition to an expanded Ruined Kingdom, I think it would be fun to see more kingdoms like the Wooded Kingdom where you have a sort of odd fusion of two different concepts. Perhaps a prehistoric kingdom that also features alien technology, or a kingdom in the sky beset by pirate ships. Honestly, though, it doesn’t make a lot of difference to me. It’s not that I think a certain kingdom type is “missing” – I just think having even more kingdoms to explore would be a lot of fun!

Well it’s 2018 now, dang it, and if this game is coming out this year I certainly want to learn a few things about it. This month makes one year since the game was announced and no information has come to light since that time. And while I suppose that FE Switch could pull attention away from Warriors, they are ultimately going to be two very different games and I think most fans will be a lot more excited about a new main series title.

Now if you’re curious about my hopes for this game, they have been discussed to varying degrees in the article I linked directly above as well as this article about my experience with the various US Fire Emblem games. And oh, I almost forgot about this post focusing solely on my hopes and desires for Fire Emblem Switch. I’ll let those articles speak for themselves rather than repeat myself here. Regardless of what the game turns out to be like, I’d love for this Direct to give us concrete information about it, if only so I stop writing articles about it (although let’s be honest, that won’t happen anytime soon). 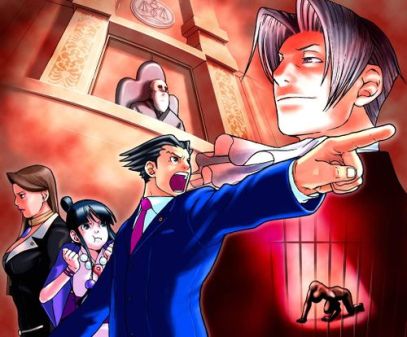 CONFIRMATION OF ACE ATTORNEY RUMORS
Goodness, aren’t I contributing to the rumor mill today? Recently there have been mutterings on the internet about the possibility of multiple Ace Attorney titles coming to the Nintendo Switch in 2018. Specifically, we’re supposed to expect two compilations with three titles each before finally receiving a brand new Ace Attorney experience. The compilations cover the original Phoenix Wright trilogy (Ace Attorney, Justice for All, Trials and Tribulations) and the new Phoenix Wright trilogy (Apollo Justice, Dual Destinies, Spirit of Justice).

My hope here is that Nintendo confirms that this rumor is true, possibly with release dates for the two compilations. While I have played through the entirety of the original Ace Attorney trilogy, I just this week started on Apollo Justice and I do not currently own either Dual Destinies or Spirit of Justice. The ability to experience these games on my Nintendo Switch would be fantastic, particularly if the compilation with all three games costs less than buying them individually for my 3DS. For bonus points, they could also release some information about the story of the new entry into the series. 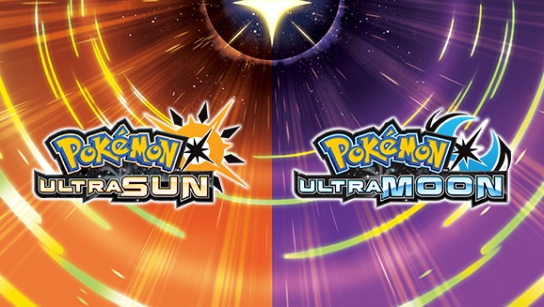 POKEMON SWITCH
At E3 2017, Pokemon fans heard a series of magical words they never expected to be spoken – a main line Pokemon title would be coming to a Nintendo home console. No other information was provided on this mysterious title that I will currently refer to as “Pokemon Switch,” but there is certainly speculation to be had. Will this game serve as the first entry into Generation VIII? Will this be the remake of Pokemon Diamond and Pearl fans are awaiting? Is the Pokemon series being totally rebooted? Everyone has ideas and hopes but no one knows what to expect from this game.

While learning more about Pokemon Switch is on my wish list, this is one of the things that I honestly think is the least likely. Ultra Sun and Ultra Moon just came out about a month and a half ago. Nintendo has been good about showering love on the 3DS despite the Switch’s presence on the market, and I don’t think they would yank all the hype away from these titles in order to reveal information about Pokemon Switch. I expect this title to get its own Direct later in the year, or potentially to be a big topic of discussion at E3. But since I personally am not caught up in Ultra Sun and Ultra Moon hype, I’d be glad to learn a little more about what will probably be the next Pokemon game I play. 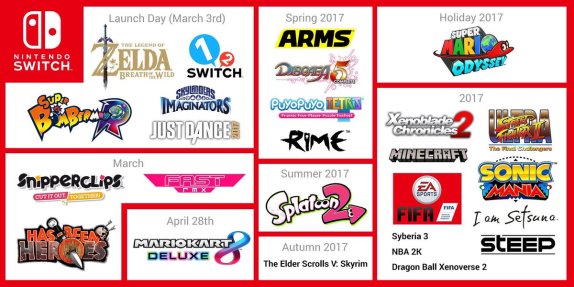 BRAND NEW GAMES
Sure, there are plenty of games I’m excited for that I want to learn more about during this Direct. But what excites me the most are the games I haven’t heard of yet. There are quite a few solid Switch titles represented on the chart pictured above, but one of my favorites – Mario + Rabbids – isn’t there. And there are plenty of other Switch titles, particularly indies, that we didn’t know anything about when the console was first unveiled. Similarly, right now there are some amazing games in development that we haven’t heard of yet, and this rumored January Direct could very well be the first we learn of them.

I would love to be sidelined this year by another game as quirky as Snipperclips or Mario + Rabbids. These weird and unexpected titles bring something special to the console and keep us playing while we’re waiting on the next Pokemon or Metroid or whatever else. This is also the hardest section for me to talk about simply because I don’t know anything about these games yet. I don’t want to know about them, because then they don’t have that special charm that makes them a genuine surprise.

Nintendo gets bonus points if they make it so that a cool and unexpected game becomes available after the Direct is over. They’ve done this a couple of times now – “hey, check out this cool thing, and if you liked it you can go buy it on the E-Shop right now!” Sometimes it’s with indie games, sometimes virtual console, sometimes demos, but I would be really excited if they announced something that’s not on our radar and then added “oh, P.S., you can play this today if you want to.” It adds a bit of excitement to the Direct and gets folks playing games as soon as the presentation is over. Even though I didn’t enjoy the Octopath Traveler demo, trying it out immediately after a Nintendo Direct and seeing what other people were saying about it on Twitter was a pretty fun experience. I hope I get to have a similar experience for this theoretical Direct sometime this month.

While I could certainly go into more detail about some of my less reasonable hopes for the Nintendo Direct (Paper Mario and Paper Mario: The Thousand-Year Door HD compilation, please?), this covers the extent of my wishes and the things I hope to see. Nintendo Directs can be very exciting times, and the fact that this one might be coming right at the first of the year bodes well for the announcements it could contain. 2017 was a pretty solid year for gaming and I for one am excited to see what 2018 is gonna bring to the table! I’d love to hear your thoughts as well, adventurers, so if you have a specific hope or wish for the rumored Nintendo Direct, please leave it in the comments below. I’ll be glad to talk to you about the games you want to see announced for 2018!

17 thoughts on “My Hopes for the Rumored January 2018 Direct”