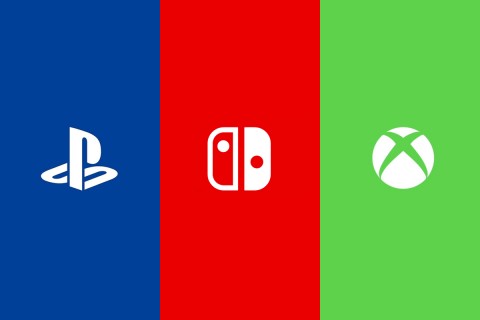 If you’ve read an article on a gaming website at some point in the last week, then you’ve probably read about developer Electronic Arts (more commonly known as EA) and the atrocities of microtransactions and lootboxes. EA is the developer we all love to hate – they shut down teams that develop single-player titles, fill their games with microtransactions to nickel-and-dime us to death, and they still aren’t convinced that the Nintendo Switch is freaking awesome (okay, that last one may just bother me). Obviously EA is the pinnacle of the horrors of capitalism and must be stopped, so a lot of game journalists are taking it upon themselves to take a stand against tyranny by writing pointed articles – fellow blogger Falcon Game Reviews has done quite a few excellent articles recently on loot boxes, taking a stand, and EA’s attempt to placate the masses.

I’m not here today to say that any frustration towards EA isn’t warranted, or to tell you to be okay with microtransactions or shady business practice. What I am here to say is that perhaps these are symptoms of a deeper problem, attempts at solutions that simply aren’t going over very well.

In addition to terms like “lootbox” and “microtransaction,” a phrase you might have seen thrown around recently is this concept of games as a service. This refers to the idea of video games being not a product that you buy one time but a service that you continue to pay for over time. Think of purchasing a DVD or Blu-Ray versus a subscription to Netflix (yes, I acknowledge that this is not a perfect metaphor, but work with me) – the basic idea of games as a service is that content continues to be added to that game in exchange for you continuing to pay for it.

It’s not exactly a groundbreaking concept – if you’ve ever played an MMO you are pretty much already participating in this business model. The thing is, games as a service has never been the industry standard. The expectation is that when you drop $60 on a video game, you are buying that game in its final form. All the content intended to be in that game is presently in the game, and you will not have to purchase anything else in order to experience it to the fullest extent. That was the standard set by console games back in the day and it is the standard that we continue to expect.

The problem is, games cost more money to develop these days than ever before. Developers are pretty tight-lipped about gaming budgets but the consensus seems to be that AAA games can run somewhere between $50-$100 million to develop while the sales are lucky to hit 5 million (Kotaku has a good article on development costs and VGChartz is good place to check out sales numbers for specific games or series). This means that a lot of developers are lucky to break even on the titles they create when relying on sales numbers alone. No wonder, then, that they are turning to alternative methods of making ends meet.

In order to make their investment worthwhile, developers are turning to the idea of games as a service. It makes economic sense – you just poured a cool 50 mil into a game, so why do that a second time when you can just add a bit of purchasable content to what you already have? Of course, what works for them economically feels unfair to us because it costs us more money and it is different than what we are used to. Paying real money for loot boxes that may or may not contain the content that we want, for example, feels more like gambling than purchasing a product and feels like an insult after we’ve already paid $60 to own a copy of the game.

For us as consumers, microtransactions feel harmful and we don’t want them in our games. But if we want games at all, developers have to do something differently so that the cost of creating a game doesn’t outweigh the profits. That’s why they’re experimenting with different ways of delivering content to us. The thing is, not every method is going to be popular and ultimately some sacrifices might have to be made in order for this whole video game thing to really work.

Now one idea that I have seen tossed around for games as a service is the concept of having one edition of a big-name title per console generation and just adding to it throughout the console’s life span. I am a Nintendo player primarily so I’ll use them as an example here. You’ve got titles like Mario Kart 8, Super Smash Brothers, Breath of the Wild, and Super Mario Odyssey. You release those games early in the life of the Nintendo Switch. At launch, players pay $60 for the full game. Now after the release of the full game, you continue to develop new content for each of those series within the framework of the existing game. You don’t make Breath of the Wild II – you make DLC for Breath of the Wild. It’s a lot cheaper to develop because you’ve already got all the software and assets already – you’re just adding features, story, etc. Charge a smaller price for that content and do this repeatedly until you come out with a new console. Then release the next Zelda on the next console and do the whole thing again. By not creating multiple Zelda titles, the developer has saved on development costs while maximizing their profits for the existing title. 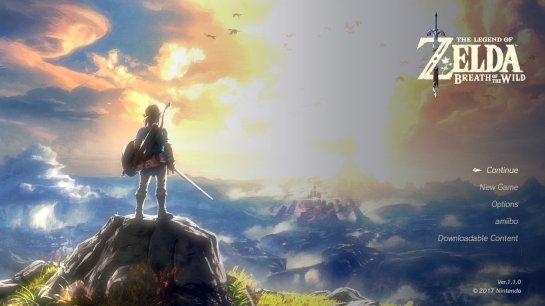 This plan particularly makes sense for titles like Mario Kart, Smash Brothers, Splatoon, and ARMS. Online multiplayer games with characters, stages, and equipment/vehicles to purchase really seem to thrive in this model. Make one version of the game to last a whole console generation and continually improve that title by adding new courses, new playable characters, and new game modes during its lifespan. As consumers this setup isn’t too bad because while paying for DLC seems pretty unpleasant, you’re not having to worry about buying a whole new game. Mario Kart 8 doesn’t become obsolete because a Mario Kart 9 comes out – instead, you buy Mario Kart 8 one time and spend a little extra money here or there for new features for that game. If Nintendo allows you to buy only the new features that you want, even better.

In my opinion, things start to fall apart a little when you consider this approach for single player titles. That’s because, in my experience, DLC for single-player games tends to add piddly stuff that doesn’t legitimately make me want to return to that game. Supposedly in December Breath of the Wild is supposed to finally unveil the story expansion, but how substantial is that gonna be really? Those of us who ordered the season pass have paid $20 for whatever this story content is gonna be – that’s 1/3 the price of the game itself. Is this DLC really going to be the same length as a story quest from the main game? Will it truly be as substantial and reveal as much information to us about the world and characters? How do you measure the value of DLC in a game like this? I have a hard time believing that this sort of model would really work long-term for a game like Breath of the Wild or Mario Odyssey. Unless DLC can get to the point of adding another full campaign for a reasonable price, it’s never going to be as appealing as having a new title in the series.

I suppose the most straightforward way for us to get what we want (by which I mean a one-time purchase for the full experience of a game) and for developers to get what they want (by which I mean profit) would be to charge more money at launch for video games. But I know for me personally, a $100 price tag would be a serious barrier to entry and would stop me from trying out new games without an established history. I would have never purchased ARMS, for example, at such a high price, and I would have been a lot more hesitant about Mario + Rabbids, a game that I ended up loving. 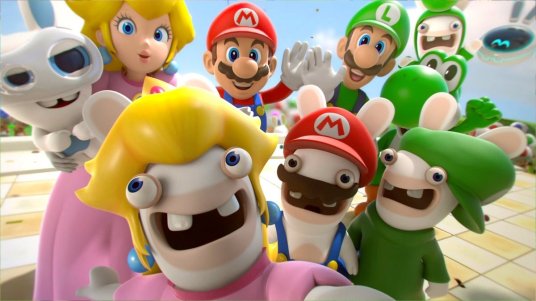 Another proposed solution that I have seen on Twitter is to reduce the budget of AAA games. If hiking up prices for consumers is bad, then why not lower the cost of the product? The thing is, this leads to sacrifices in technical aspects of the game that we as consumers would ultimately have to learn to swallow. Realism in graphics, for example, would be something that went the way of the dinosaurs, and while for me personally I’m not too attached to graphical fidelity, there are folks out there who would be pretty upset if graphics started to get worse just so prices can stay the same.

Ultimately, I think the economy of gaming is something a lot more complicated than many of us give it credit for. No solution is going to satisfy everybody. Do we make games more expensive for the consumer? Less costly for the developer and – by extension – less quality for the consumer? Should games be a service where you make multiple purchases during the game’s lifespan rather than buying the entire “product” in a single purchase? Those are questions we all are going to have to ask ourselves as we look at the decisions made by developers like EA. What are we willing to compromise in order to help everyone in this economic relationship be satisfied?

I am really curious to hear your thoughts, adventurers. How do you feel about games as a service? Do you think there is a “right” way to provide that service to consumers? Would you pay more money or settle for weaker performance in order to get the entire game experience in a single purchase? Let me know in the comments below – I’d love to learn your perspective on this complex issue!

3 thoughts on “Games as a Service”