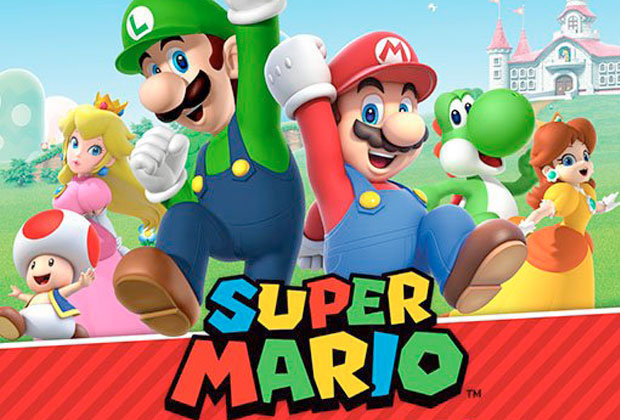 At the time this is posted, we have only around 48 hours before Super Mario Odyssey becomes available to the world at large. This game promises to be the biggest Mario adventure ever, and early reviews are already declaring it to be a masterpiece. So before we all sink our collective teeth into this eyeball-hat-wearing, monster-capturing, Power-Moon-searching world, let’s take some time to remember the Mario games that helped us to get to this point.

It may seem odd to start with Super Mario 64 over the classic Mario brothers, but in my Mario journey this was actually the first game I experienced. Or at least the first one I clearly remember from my fuzzy childhood. The beginning of Super Mario 64 has become iconic, and Mario receiving invitations from Peach to have “cake” at the castle has reached meme-level ridiculousness. But at the time, the premise was a bit of a change of pace, as Peach wasn’t already kidnapped when Mario came onto the scene. Also interesting is the little Lakitu that follows Mario around. This cloud-man and his weird documentary are actually a really clever justification for the camera controls, something that in this early era of 3D gaming was new territory. I pretty much forgot about the Lakitu until that one big room with the mirror where you can see him following you around in the reflection, which was a really nice touch.

Super Mario 64 is a great starting point for this conversation because it began the 3D tradition of collecting some kind of special object in large quantities. In capturing Peach’s Castle, Bowser had taken all of the power stars and trapped them inside the castle paintings. The stars served as your rewards for solving the game’s challenges and also as keys to progress further in the game – star doors, whether small or large, required a number of power stars in order to pass. This was a cool way to handle progression because you don’t necessarily have to finish every single world – by getting secret stars and working really hard to progress in the worlds you are good at, you could to a degree circumvent the worlds you struggled with.

This feature would become a staple of what we now refer to as “3D Mario games;” you don’t have to beat all of the levels to proceed, just enough of them. But of course those driven to master the game and collect every single star are free to do that, as well. I remember all kinds of crazy rumors about what happened if you actually got 120 stars in Super Mario 64, from meeting Yoshi to fighting Donkey Kong or Wario to getting some kind of special true ending where Mario and Peach FINALLY define the relationship and become a real couple. To be perfectly honest, I don’t remember the actual reward for getting 120 stars – obtaining the milestone became more significant than the in-game reward for it and that moment was pretty cool for me as a young gamer.

Indeed, the rush of getting all 120 stars in this game converted me into the kind of person who wanted to get 120 stars in all of the Mario games, despite the fact that I am not normally an achievement-driven person (the 900 Koroks in Breath of the Wild, for example, can eat my shorts). A big part of the appeal for me is in learning how to master all of the jump types in the game. As a kid, I could never nail the long jump and avoided the levels that seemed to require it. But once I got the hang of it, it felt so good to find a place where I needed it to get across. Mastering side-somersaults, wall jumps, and all the tricky angles felt really good. There’s something magical about the jumping in Mario games compared to other platformers – I’ve never encountered another game where it was so immensely satisfying to just move in different ways.

SUPER MARIO SUNSHINE
My love for mastering the jump techniques came in handy when I finally gave Super Mario Sunshine a proper go. If you’re familiar with the GameCube entry in the 3D Mario series, you may remember the “secret” levels, levels where Shadow Mario stole away FLUDD and forced you to navigate a series of moving platforms, spinning blocks, and angled jumps. Completing those levels successfully felt awesome, and the fact that they featured my favorite music from the game was a nice bonus.

Super Mario Sunshine occupies a weird spot in the series in that most people consider it the worst of the “3D Mario games.” I can certainly see where that comes from, but there were plenty of things I personally loved about that game. The addition of Yoshi into the world of 3D Mario felt great and set the stage for his return in Super Mario Galaxy 2. Isle Delfino was a cool setting that, more than the other 3D Mario games, felt like a unified whole. And of course we can’t forget the introduction of Bowser Jr, a character who would go on to make many appearances throughout the Mario series.

Like Wind Waker for the Zelda series, Super Mario Sunshine fleshed out the villain in a way that made the character a lot more interesting. Bowser is not just this menacing kidnapper who steals Peach away for political power or whatever. The guy is a dad, and he wants to give his son the wonderful mother he feels the boy deserves. Adding a meaningful family relationship gave us a glimpse into Bowser’s human side – metaphorically speaking. And I personally have enjoyed seeing that relationship explored in the side games, RPGs, and adorable parental control commercials.

Super Mario Sunshine is the one game in the “3D Mario series” that I haven’t gotten all 120 stars in, despite even having the strategy guide for the game. There were a lot of sections I struggled with when I was younger and mastering the FLUDD didn’t come as easily to me as mastering the different jumping techniques, particularly when it came to combat. Sunshine had some decent minigames, though, and I particularly enjoyed blooper surfing and gliding across the water with the turbo nozzle.

SUPER MARIO GALAXY 1 AND 2
The Galaxy games hold a special place in my gamer heart because they were one of the most enjoyable multiplayer experiences I shared with my younger brother Deen. Deen is fifteen now, but back when we lived together during my high school and college years there weren’t a lot of games he and I could really play together. Most multiplayer games I owned didn’t fit his age group, and there was only so much go-karting and board-gaming we could do together. Particularly because I was an edgy teenager, I wanted to play something with a narrative to experience instead of just reliving a few mini-games over and over again.

Mario Galaxy gave us the perfect multiplayer environment. Deen loved using the Wiimote to collect all the little star bits and to stun monsters (a gameplay function I would have hated had the tables been turned). Meanwhile I focused on playing as Mario and completing all the platforming challenges. With Deen’s help I was able to navigate some of the game’s tougher levels – it is WILD the different stuff you can stun in these games – and I always had all the star bits I needed to pay off hungry Lumas. We got to play together in a way that was satisfying for both of us, and together we got all 120 stars in the first Mario Galaxy as both Mario AND Luigi!

Galaxy 2 was more of the same but included some new power ups and features that made it different enough to enjoy, and we made our way all the way through that game together as well. The Galaxy games have a lot of fun platforming challenges and they mix it up with the nifty powerups in a way that keeps things feeling fresh. In the original Galaxy, I particularly loved getting the ice flower and skating all over the place. I also appreciated that the challenges in the Galaxy games are less “grindy” – reduced emphasis on collecting and greater emphasis on solving puzzles or navigating tricky platforming scenarios.

The comets in particular bring some really interesting changes to the game. Defeating bosses with one hit point, navigating a level on a time crunch, running from Cosmic Marios that punish you for retracing your steps – these sorts of things are the types of challenges I love to face, and it felt good to get rewarded a star for overcoming them. I also enjoyed that, to a degree, the comets are random, so they gave you a good reason to revisit an old world and take a break from the worlds you are currently dealing with. The variety in challenges and worlds in Galaxy really made those games something special when it comes to Mario. 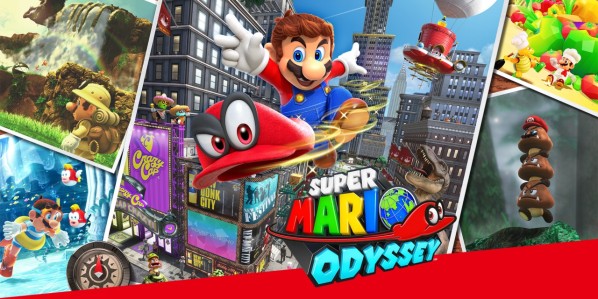 Watching the trailers for Super Mario Odyssey, I can see the game having many of my favorite aspects from these past Mario titles. World variety, platforming challenges, a unique narrative, being able to pick and choose what Power Moons you pursue – even the multiplayer element is present here. I think this game has the potential to be a truly great Mario game, and I can’t wait to dive back into my favorite platforming series after many years away.

That’s it for me today, adventurers. I encourage you to share some of your favorite Mario memories in the comments, or to share what you are most excited about in Super Mario Odyssey. In only a couple of days, we’ll be able to enjoy the game for ourselves, and I personally am very excited to throw my hat at some Goombas and glue my mustache on their faces. Thanks for reading!

8 thoughts on “Memories with Mario”