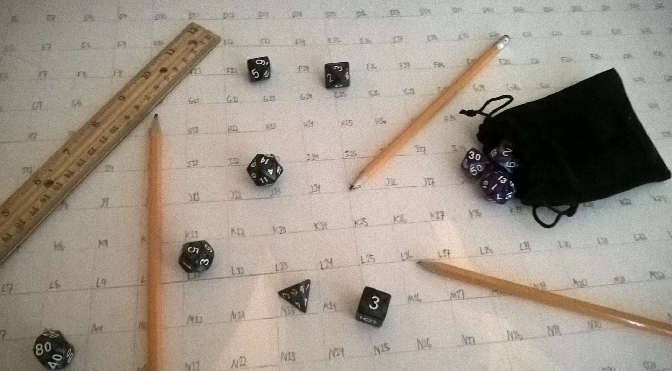 A couple of months back I had the opportunity to play the board game 7 Wonders at a friend’s bachelor party (why yes, I DO party hard!). If you’re unfamiliar with 7 Wonders, it’s a game where you try to build up your civilization to be the “best” one by gathering resources and then using those resources to build stuff. There are lots of different categories that allow you to score victory points: beating your neighbors in military engagements, building places dedicated to art or science, sponsoring guilds, building up your civilization’s contribution to the 7 Wonders of the World – you got options. Which for everyone but the groom-to-be was pretty confusing, as none of us had ever played before.

“Okay, but how do I win?” I would ask. “Should I give preference to military or to money or to guilds?”

“Yes,” he would answer, and it drove me crazy. Once I saw how the scoring system worked (you really need to do pretty good in everything rather than try to be the best at just one thing), I understood what he was saying, but up until that point I was just doing whatever seemed like the right move at the time to get me points. Another player at the table took a different approach – he roleplayed.

He didn’t invest in military because he saw his nation as trying to be peaceful with its neighbors. Instead he built up a specific trade, focusing on building resources to start up laboratories and places of learning. He stuck to his guns about staying away from military until his neighbors fictionally justified it by building up armies of their own. He didn’t win this way, but it helped him stay engaged in a game where he didn’t fully understand the rules or what is his goal was. Roleplaying gave him a goal to pursue and justified his mechanical decisions, even though realistically he didn’t need a roleplaying reason to do anything.

In the world of tabletop RPGs, there are games of all kinds. Some games fall into the “gamist” school, which is to say that they are a game first and a story second. Dungeons and Dragons is a good example of a gamist RPG. You can play through Dungeons and Dragons successfully with just dry, mechanical descriptions of what you are doing. “I attack that goblin.” “I use my Search skill to see if there is a secret door.” “I cast Morrowind’s Disproportionate Ring Finger.” Now very few people play that way – there’s embellishment, there’s character growth, there’s narrative and emotion and drama – but there’s nothing in the rules of Dungeons and Dragons that forces you to roleplay a character. Like my friend in the story above, the roleplaying is what we do to justify our mechanical decisions. Not necessary, but it improves our experience with the game and gives us direction.

In other tabletop RPGs, though, roleplaying is expected. The game tells you this by incorporating the roleplaying aspect into the game mechanics, making it so that your abilities or your rewards are dependent on your portrayal of your character through roleplaying. Today I wanted to take a look at some different games that make roleplaying into a game mechanic and share my thoughts about them.

The Burning Wheel is a game that I have not played yet, but it’s been on my want-to-play list for quite some time. Recently, in an effort to expand my understanding of tabletop games and to slake my thirst for some of the ones I don’t anticipate I’ll get to play, I’ve been watching Let’s Plays of tabletops on YouTube. One of my favorites to watch is the Roll20 series of The Burning Wheel, which I highly recommend you check out if you’re into tabletops. Great cast, awesome RPG, and Adam (one of the creators of my favorite game, Dungeon World) is a hilarious and fantastic GM.

What was I talking about? Right, how Burning Wheel incorporates roleplay into the game mechanics. In this game, what your character believes is a core part of their character sheet. He or she also has instincts that define how they behave in the heat of the moment, and traits that both demonstrate their qualities and can improve their die rolls. When you play towards these various qualities, or when those qualities cause you trouble, you earn Fate points that you can use to do better on your die rolls. Spending Fate helps you to “shade” the dice that you roll over time, which in Burning Wheel is a serious mechanical benefit that makes it easier for your character to succeed.

So the cycle works a little something like this: you make decisions based on your beliefs, instincts, and traits. That gets you in trouble, which earns you Fate at the end of the session. You spend your Fate to help you get out of trouble, and in the process are working towards the mechanical benefit of shading your dice. Act on beliefs -> get Fate and trouble -> spend Fate on trouble -> get stronger -> repeat. Roleplaying is a key part of the cycle of character improvement. If you don’t roleplay your character, you can’t pursue their beliefs and therefore won’t gain the tool you need to make your character better.

Now I want to talk about a game that isn’t even out yet but whose starter set I tried out about six months ago: City of Mist. This is a Powered by the Apocalypse (PbtA) game that is pioneering a mechanic called the tag system. Unlike other PbtA games, City of Mist doesn’t have mechanical stats like Strength or Hot or Wyrd. Instead, your character’s “stats” are a collection of different tags. You might have tags like big muscles, silver-tongued, a bag of power tools, or visions of the future. When those tags help you do the actions you are describing, you add a +1 to your roll and increase your odds of success. You get your tags from a character theme, which is something that makes a statement about your character’s identity, or about the mysteries surrounding them.

You also have weakness tags, which you can roleplay to subtract from your chance of success but which also allow you to mark “attention” on the theme. You can also mark attention in a couple of other ways. When you’ve marked attention three times on a theme, you can choose from a set of advanced moves or add more tags to the theme, giving you more chances to roleplay that theme. Eventually this allows you to evolve a theme, advancing your character beyond the normal attention rewards.

While I definitely enjoy the idea of rewarding roleplaying in a mechanical way, I do think there’s a dark side to it. I personally have seen that dark side come out in Dungeon World with its system of bonds and alignment. If you aren’t familiar with Dungeon World, here’s how those things work. Your alignment is chosen at character creation, and depending on your class, each alignment has a different task associated with it. This might be something like spur someone to decisive, unplanned action or take advantage of someone weaker than you. Bonds are defining aspects of your relationship with other characters, which you work to resolve either by changing the relationship or making the bond so true that it is no longer interesting to pursue. Bonds and alignment reward your roleplaying by giving you XP at the end of the session.

The thing that makes this problematic is these methods of rewarding roleplaying can lead folks to very aggressively roleplay for a mechanical benefit, sometimes causing them to make in-character decisions for out-of-character reasons. Heck, I’ve noticed myself doing this in the Dungeon World game I am currently playing. Helping innocent bystanders is so key to my XP gain that when the story doesn’t involve me being Robin Hood, I’m actively trying to separate from the party and be Robin Hood so I can get XP. Meanwhile, other characters in the party are getting their alignment XP by just following the normal arc of the story.

When a mechanical reward is tied to a very specific action for a character to take, mechanically-minded players/min-maxers will do everything in their power to roleplay that action as often as they can. This can disjoint the normal routine of the session or cause characters to get locked down to one method of behavior. If there’s no way for that reward condition to change, then character development could stagnate even while mechanical growth is happening.

So while Dungeons and Dragons may not have anything incorporated into its mechanics that force you to roleplay, the advantage is that there’s nothing in the mechanics forcing you to roleplay in a specific way. You just choose how you want to act in the fiction because there’s no incentive to do a certain thing constantly. It also means that players who struggle with the roleplaying aspect of tabletop RPGs don’t have to miss out on rewards just because they don’t want to dive that deeply into the psychology of their character. Some folks are uncomfortable with roleplaying conversations, or simply struggle to get into the mind of another person in the way that other players do. A narrativist game can be a turnoff for those sorts of players, as they feel like the mechanics are pushing them to do something that makes them uncomfortable.

I discovered this firsthand when running Dungeon World for some of my wife’s old friends when we moved to where we live now. These newer, inexperienced roleplayers didn’t embrace the spirit of “getting into character” in the way that I was used to. The expectation to roleplay their bonds and alignment was tough for them, and when I tried to get them to have conversations with me in character, that was crossing a boundary that they were uncomfortable with. It’s not that they just aren’t suitable players for RPGs – they really wanted to get into the hobby. But for those guys, a gamist experience with less roleplaying built into the mechanics probably would have been more appropriate.

For me personally, I definitely like the roleplaying aspect of roleplaying games and I enjoy seeing them incentivized. But I’m beginning to understand that what works for me doesn’t work for everybody, and I’m also learning that as a player, I have to be careful about the line between mechanics and the fiction in games where the two blur. In a game where only certain methods of roleplaying are rewarded, I have to remember not to make my character a one-trick pony. And when playing with folks I don’t know as well, I have to remember that different people have different comfort levels with roleplaying and a game that builds it into the mechanics isn’t always an appropriate choice of game.

Now I turn the conversation to you, adventurers. Do you prefer games that let you make decisions about whether or not you roleplay? Or do you like it when incentives and rewards for roleplaying are built into the game mechanics? Let me know in the comments, and thanks for taking the time to read today!

One thought on “Roleplaying as a Game Mechanic”