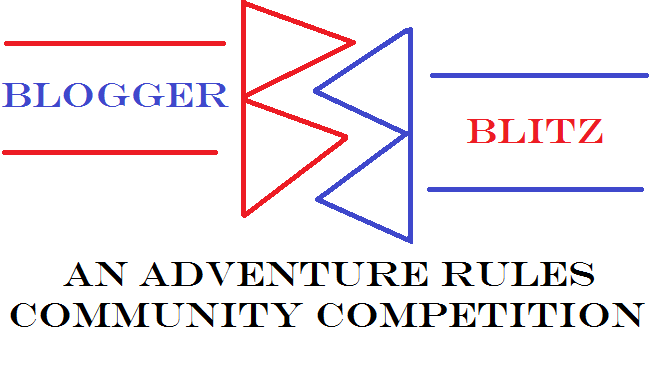 Holy wow, adventurers, it’s finally Friday! That means it’s the last day of judge appreciation, but worry not – last is not least, and I’m very happy to have the chance to appreciate Chris of Overthinker Y. So let’s dive right in and see what cool stuff Chris has to talk about!

I’ve known Chris for less time than I have known the other bloggers participating as judges in the competition – we met (intermet!) a month or two ago instead of seven or eight months ago. Like James, I met Chris through Later Levels – unlike James, we met as a result of the Question of the Month event. Chris has been a QotM participant longer than I have, but he’s a welcoming guy and I feel like we hit it off pretty quickly.

Funny story about when I first attempted to follow Chris – he’d had another WordPress blog prior to Overthinker Y and that blog was still linked to his account. So when I clicked on his Gravatar or whatever to find his blog and follow him, it sent me to the wrong one. Later on he mentioned to the QotM group that he needed to figure out how to get rid of an old blog, because he was still sometimes getting follows on the wrong one. I sheepishly admitted that it was most likely me who was the culprit, and we got the whole thing straightened out. I am now a proud follower of Overthinker Y!

So let’s take some time to appreciate Chris. Like many of us, he is impatiently awaiting the release of Kingdom Hearts 3, but unlike the rest of us he’s handling it pretty well. His article on the subject has a really solid timeline of the Kingdom Hearts series that shows just how long we have been waiting for this game. I mean, we haven’t had a proper main series game since 2005. That’s 12 years ago. Golden Sun has had a main series game more recently than that, for crying out loud, with less time between game two and game three. What’s up with that?

While Kingdom Hearts has been moving rather slow, other games move fast – or rather, the gamers who play them. Chris did an excellent article on speedrunning that poses a pretty interesting philosophical question: at what point are speedrunners no longer actually playing the video game? After all, when you have games that can be glitched to the end credits within the first minute of the game, can that person legitimately say they’ve beaten it? What does ” beating” or “finishing” a game really mean, anyway? These great questions combined with his excellent explanations of different speedrunning techniques and how hard it is made for a very engaging article.

Chris is a solid writer who presents articles in a manner that is both informational and engaging, but I think what really stands out about him is that he tries new and interesting things that I don’t see a lot of other bloggers doing. Overthinker Y has unique content that you can’t get at just any ole blog, and that gives it a special appeal. For example, while a Let’s Play is a relatively common thing to see, most bloggers handle that by posting links to their YouTube or Twitch channels. Chris has been doing a Let’s Play of Nine Hours, Nine Persons, Nine Doors that is done through screen shots and text. This allows him to really delve into his thoughts on a particular puzzle or story sequence and fully explore them, plus it just seems a more appropriate way to handle Let’s Plays for a medium that is primarily written.

Another series that Chris started pretty recently that is totally freaking awesome is Musical Mayhem, where he interviews someone about their musical tastes and then puts together a track that’s meant to capture their preferences in style. He’s done two so far – one with Kim from Later Levels and one with his fiancee Hannah – and both of them were really great. The subjects of his interview felt that his songs did capture what they were going for, and the songs are honestly just fun to listen to. After the interview with Kim I just went through the rest of his SoundCloud and listened to the other stuff he’d put together, and all of the music is solid and really has that video game vibe to it. I highly recommend the series and have requested to be on the list to participate, so at some point you might even see an interview with me over there!

The last thing I’d like to appreciate about Chris before we wrap up is his unbridled enthusiasm for the Blogger Blitz. He is the ultimate hype man, retweeting anything related to Blogger Blitz to encourage his followers to check it out. He takes his role as a judge seriously, but beyond that he has gone on to check out other posts by the competitors and follow their blogs, which to me really captures the spirit of what Blogger Blitz is all about. And if you haven’t already seen his fantastic round one recap, you need to go check it out. Chris’s passion, enthusiasm, and support make him an excellent guy to have around!

So if you haven’t yet gotten to know Chris, head over to Overthinker Y and show him some appreciation for the excellent work he does for Blogger Blitz, and be sure to check out the cool articles he does for his own site. You won’t see anything like them on another blog, so I highly recommend them! Chris is a super friendly guy who is a pleasure to work with, so be sure you say hi when you visit and start a conversation. You’ll be glad you did, adventurers!