If you’ve been around Adventure Rules for a day or two, you know that I love me some Fire Emblem. From the fantasy setting to the deep character development to the tactical battles, this series scratches pretty much every video game itch I have. Earlier this year Nintendo announced that the next main series title will be released on the Nintendo Switch, and that release is tentatively planned for 2018. Right now we know literally nothing else about that game – which means this is the perfect time for me to throw out some totally crazy ideas about what I would want from the next Fire Emblem game!

Some of these things are going to be hopes or wishes, while others will be assumptions that I am making about the game. I don’t necessarily want these assumptions to come true, but based on trends I’ve seen or my vague understanding on the fanbase I assume they’ll come true – hence the title “assumptions.” Oh dear, let’s just dive in. 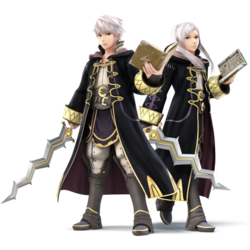 When it comes to class and the combat role of the player character, I’d like to see player choice involved there but maybe in a different way than in Fates. In Fates you chose the secondary class of your character, but unless you had extensive FE experience you didn’t necessarily know what those classes signified. And if you never changed classes, then the only thing you really customized was appearance. I think it would be cool if you could customize the fighting style of the player character by choosing their main weapon. Fire Emblem lords typically use swords but we’ve had a lord specialize in lances in Ephraim and axes in Hector, so it would be cool to choose between those fighting styles for the character you design.

PRESENTATION
From a technical perspective, Fire Emblem Echoes has set a new standard of excellence for this series. Not only is the game fully voiced except for a few small scenes of villager text, but the voice acting is terrific. Even conveyed over the less-ideal specs of the 3DS system, the voices sound great and the actors did an incredible job with their characters. Graphically, the art of Echoes is beautiful and this is the best the characters of Fire Emblem have ever looked.

When it comes to writing, the western translation (American? I’m not sure if Europe gets a different English translation) of Fire Emblem Echoes stands out as having excellent dialogue. Conversely, anyone who has played Fire Emblem Fates knows that the writing of that game was totally botched. Or maybe you don’t know that – the blogger Kantopia has multiple good examples of just how much content we lost out on in the west. Now I don’t know the behind-the-scenes stuff here to know if the games were translated by different teams, but my point is this: the writing in Fire Emblem Switch needs to be handled in the same fashion as Echoes. So do the graphics.

Echoes set the bar for presentation in the Fire Emblem series. I want to see FE Switch soar well past that bar. The Switch is more powerful than the 3DS, so let’s see better graphics with more varied combat animations and more vivid spells. Let’s hear crisp audio with excellent voice acting and wonderful music. I think if the next Fire Emblem can improve upon the presentation excellence of Echoes, it will be a wonderful game to watch and listen to. 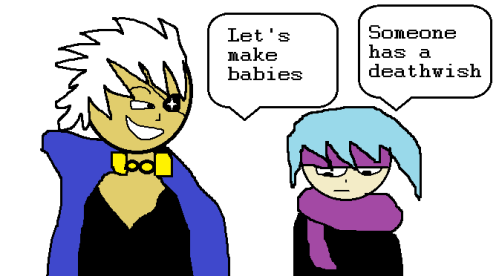 Remember when I wasn’t too lazy to use Paint? Sometimes laziness leads to positive change.

So a big feature of the last couple of modern Fire Emblem games was the more extensive support system that included the ability to get married during the events of the game and then have children that could be recruited into the army. This is a pretty divisive aspect of Awakening and Fates, particularly when it comes to longtime fans versus newer ones. Many new fans of the series were drawn in specifically for these simulation aspects of the game. Some fans, though, feel that continuously adding marriage and kids into the games requires shoehorning it into the plot in a way that doesn’t make sense, as well as creating some very forced support conversations that we could just as soon do without.

I see it both ways. I have a “the more the merrier” view towards support conversations – they have been one of my favorite parts of Fire Emblem since the beginning. I love learning more details about the characters and seeing their interactions. However, I think having more support conversations and more marriages don’t have to be mutually inclusive. Some characters just don’t fit together and forcing them to for the sake of game mechanics is a poor writing choice. I think the balance here is to keep the ability to support every character, but not all possible pairings have an S support.

I think this could work well for a couple of reasons. You can still have more than one marriage option for each character – having three or four to choose from still allows for some variety in shipping, but each of those ships can be more organic. This also allows for more tasteful and accurate inclusion of sexual orientation in Fire Emblem. Fire Emblem Fates made an attempt that, while appreciated, isn’t exactly flattering – the only bisexual female in the game is a creepy stalker and the only bisexual male is a pervert? Yikes. Fire Emblem Echoes did better with Leon, but his love goes unrequited. By having a more limited number of ships, the game can focus on including meaningful, honest relationships between members of the same sex rather than caricatures.

When it comes to kids, I personally would love to see that mechanic take a break. I agree that at this point, the inclusion of child units feels really forced. I think it would be great to go without it for a game or two and then to bring it back in a way that is narratively logical. That said, this is my personal opinion and I feel like marketing trends for the series suggest that kids are an important part of what makes modern Fire Emblem work. If they do it again, I just want to see the kids incorporated into the story in a way that doesn’t involve alternate timelines or a special world where your kid ages twenty years in a couple of weeks.

GAME MECHANICS
If there is one category where I feel like Fire Emblem Fates excels, it’s the gameplay. Fates took the groundwork laid by Awakening and improved upon it significantly. Pair ups are more balanced and are a technique wielded by the enemy, personal skills give each character something unique to make them different from units of the same class, the new weapon triangle that incorporates bows/magic/knives is excellent, and the mechanic of lowering stats and dealing chip damage changes the strategy of Fire Emblem in a very good way. I want to see all those features stick around, and honestly there’s very little I would change about them.

Dual attacks and dual defense work pretty well the way they are in Fates, I wouldn’t suggest any change there. Same with the weapon triangle. I loved those changes and what they add to the strategy. When it comes to personal skills, I would like to see more variety in the skills and to see fewer skills that are too situational to really be practical. When choosing between two characters of a similar class, sometimes a totally wasted personal skill can be a deciding factor. Dwyer, for example, has a skill that only works in the map battles at your My Castle, making him basically not have a personal skill during the main game. Niles and Orochi both have their personal skill used up by the Capture mechanic, which not every player uses. While personal skills in Fates aren’t SO defining of a character that this totally ruins these units, I would like the see personal skills make more meaningful differences in how characters play and influence your decisions on how to use that character or what classes to make them.

When it comes to things like chip damage and the Seal skills that lower stats, as well as hidden weapons, I am most curious to see how these mechanics are incorporated into the more traditional Fire Emblem class system. When it comes to chip damage and sealing stats, the Ninja is a key player and I see this class being one that needs to stick around. The question is, in a game that doesn’t feature ninja and thieves on separate armies, are both classes necessary? And will thieves still be archers on a team that has a dedicated archer class? The two-army system of Fates created a lot of class variety but also caused some overlap. I am curious to see how many of these classes will stick around versus how many are disposed of or incorporated into the guts of an existing class.

I personally think the archer class could be a really great one to take up the mantle of Seal skills/chip damage. Archers have kind of a weird role in Fire Emblem in that they never seem to stay the same between entries. In some games they are fast units designed to kill, like a ranged myrmidon. In others they are slower units designed to whittle down from a distance. In Echoes they have not only a massive range but also the ability to attack in melee. It seems like settling on a role for the archer class isn’t something that’s happened just yet. But if archers are going to be units whose purpose is to wear down the enemy for the melee units about to charge in, Seal skills would be an awesome addition to that strategy. Imagine an archer dealing damage with their arrow and then also dealing 10% damage after the battle – their target would be a sitting duck for pretty much anyone in the army. Or they could Seal the Strength and Defense of bosses from a safe distance so that other characters could move in and strike. Of course, this strategy can be viable for the enemy as well, and if you’ve played Fates then you know how destructive the ninja class was. I’m definitely curious to see what kind of army we are controlling and if Fire Emblem Switch is going to stick to the western style of past releases or maybe even change settings entirely to something new and fresh.

All in all, I am excited for Fire Emblem Switch and what it could bring to the series. What about you, adventurers? Are you excited to have a Fire Emblem title headed to the Switch? What are your hopes for what is and isn’t included in the game? Let me know in the comments!