Some folks might feel that playing one JRPG is enough to have played them all. After all, so many elements of the games are shared. You walk a few steps, fight a monster, gain experience, and do that over and over again until you level up. Your stats go up, maybe you learn a spell, and you do that over and over again until eventually the monster you beat is the final boss. Hurray, game over, that was SOOOOOooOOoO much fun.

The genre is a lot more nuanced than that, though. Even from the early days of staple series like Final Fantasy, developers have been experimenting with the most satisfying way for your character to progress and grow. Many of these titles did without level ups entirely, or handled them in a way that’s drastically different from the formula one might expect from the genre. So today I thought it would be fun to look at some titles that I personally think experimented with some very interesting gameplay mechanics to change up the RPG formula. 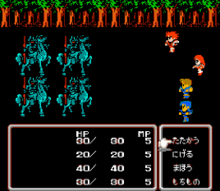 As early as the second game in the series, Square was already changing elements of what made Final Fantasy tick. Instead of a class system where characters had defined roles, you had a party of characters who were naturally inclined towards a certain path but with whom you could experiment any way you want. Should Firion be a classic RPG hero with sword and shield at his side? Should he fight with nothing but his fists? Maybe he should be a specialist in black magic. The choice is yours.

Part of what makes this work is that characters don’t have a built-in spell list or limited weapon proficiency. Any character can equip any weapon or learn any spell. Which ones you give them and – more importantly – which ones you actually use in combat are what really defines how your character grows. The more you cast a spell or use a weapon, the higher your level with that thing grows, increasing its power. Your stats grow the same way – take more hits to gain HP, dodge to gain Agility, deal physical damage to increase Strength or Magical damage to increase Intellect. You grow each character according to how you use them – you’re welcome, Elder Scrolls!

Naturally this system isn’t perfect. Each character does have a predisposition towards a certain path, so while you certainly CAN make Maria into a frontline warrior wielding twin axes while Guy supports her with magic from the rear, it may not be a great idea. Your fourth party slot is filled with an ongoing series of temporary characters who fit a particular niche, and it takes quite some time to get a permanent party member there. When that happens, his role is already somewhat defined, and if you’ve already gone and made another party member fit that role, you’re now looking at duplicates. Raising this fourth member’s spell power is particularly tough, since any magic he learns will have to start at level one.

Still, Final Fantasy was doing something interesting with the concept of leveling up way before the experimentation it is known for today. While the execution here wasn’t perfect, the idea of building your character your way is something that has carried through to many RPGs of the modern era. 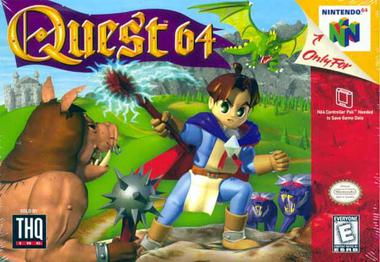 Quest was an RPG on the N64 that I don’t see a whole lot of folks talking about. It was one of my early RPG experiences, though, and an interesting game to be sure. The young hero Brian lives in a monestary in a world plagued with darkness and monsters. When his father sets out to stop it and is lost, Brian takes it upon himself to journey into that dangerous world with nothing but a stick and some basic magic spells.

Quest’s magic system is built around the traditional four elements: water, earth, fire, and air. Utilizing a specific element repeatedly helps your skill with that element to level up, but you can also level them up by finding elemental spirits playing in the wild. As each element gets stronger, you can use increasingly powerful spells from that element, and start combining different elements together. This is how you gain access to effects like buffs, healing, and powerful non-elemental spells.

Battlefield placement is a big part of how magic functions, making each element useful in different circumstances. Wind magic, for example, sends blades of wind randomly swirling around the battlefield. Each blade does light damage, allowing you to spread damage amongst a group of enemies or to hit one opponent with multiple light blows. Water shoots upward in a column, making it great for winged opponents. Earth magic sends a stone flying in an arc, so it might go over the head of close, small opponents. Fire magic sends a fireball shooting straight outward, dealing concentrated damage to one distant opponent. Using each spell in its situation is key, and so is knowing when not to use spells – MP can be recovered by walloping enemies with your staff, and it does pretty decent damage too. And while being in close is dangerous, taking damage is the only way to increase your HP stat.

The big issue with Quest’s level up system is that it was pretty time consuming. Random battles don’t go quickly because you have to position yourself properly on the battlefield and then cast multiple spells to work on leveling them up. Enemy movements can take a decent chunk of time, too. And since it takes multiple fights to gain one spell level or one point of health, getting to the level where Brian can take on a boss can be really frustrating. The grinding is what makes Quest’s otherwise compelling system more of a chore. 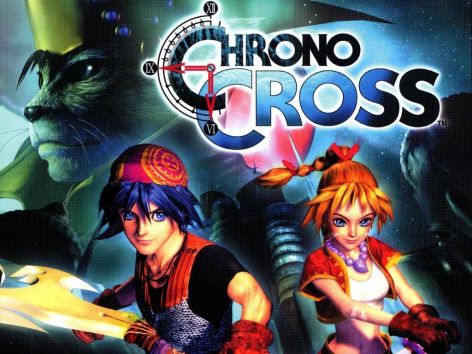 “Chrono what? Where are Robo and Frog? What is this thing?!”

That’s what I said when I first saw the sequel to the amazing game known as Chrono Trigger, but this title isn’t all bad. While this game definitely suffers from the classic Square Enix “trying too hard” storytelling, the combat system is pretty compelling and leveling up works in a way that’s pretty hard to understand at first but is definitely a change to the formula.

Traditional magic is replaced by an elemental grid where you equip spells into what are basically inventory slots. Spells have a natural level and equipping them in spots higher or lower than their intended level effects their potency in kind. You can only cast each spell once, so the only way to cast the same spell multiple times is to equip it multiple times on your grid. Of course, your spells reload after each battle, allowing you to go all-out in every encounter.

Because magic is effectively equipment, leveling up is less about unlocking more powerful spells and more about unlocking more slots to equip those spells to. Instead of leveling from random encounters, after any battle of plot significance you earn a star which indicates a new power level. For the first few battles after gaining a star, your stats will go up seemingly at random. So characters don’t improve by grinding – instead, they get better as a result of participating in significant encounters.

The problem with this system is that characters who aren’t in your party immediately after gaining a star level won’t increase stats as often as other characters. This means that if the story suddenly leads you to have a certain character in your party – or you just want to experiment – that character will lag behind until you’ve beaten some more boss battles. That can be pretty frustrating as boss battles are when you really need the character to be at their best – the only way to power up a character is to progress the story, which means you can’t catch someone up to the rest of the group between significant encounters.

A Mega Man RPG? When did that happen? These games were some of my favorite titles during the GBA era, and when you ask me about Mega Man, this is the version of the series that really defined my impressions and experience. And just like the other RPGs we’ve discussed, this game dealt with increasing in power a lot differently than your typical RPG fare.

Honestly, even within its own series these games handled leveling a lot differently. Early on, increasing stats resulted from using consumable items that you could purchase or find in the game world. Later, the series introduced programs. Programs were block-shaped power-ups installed on a grid. You could include as many programs as you could reasonably fit in the grid, and all their effects added together to increase your stats. Programs had to be installed properly or you’d end up with a bug – a technical glitch that could occasionally be helpful but generally caused you some serious problems.

In addition to programs that boosted stats, Mega Man could have different forms called Styles that changed his elemental advantages, type of charged attack, and how his buster fired. Depending on your style you might have higher Speed and Attack, or higher Charge and flinch resistance, or any other combination of helpful boosts. Choosing the right Style for your playstyle and combining that with helpful programs was the key to unlocking the best stats.

The biggest fault with this system is that Styles were pretty random. With no way to control what Style changes you unlock, the only thing for it was to experiment until you finally get the one you want. This could be frustrating if a particular style eludes you for a long time. Additionally, since the program system could cause you to get debilitating bugs, there were times you couldn’t get the stats you wanted because certain programs just don’t go together.

“So if all of these systems have their flaws, why not just stick to the classics?”

Why not, indeed? Gaining experience to level up and increase your stats is a tried-and-true method that works for many an RPG. So why change it?

First off, this is all assuming that the more traditional level up system has no flaws, and it certainly does. Many RPGs only reward you for battle, not taking into account other events that could give you valuable experience. You only gain stats or learn abilities when your level increases, a different way of having the same “improving in fits and starts” problem that Chrono Cross presents. You don’t get stronger at all, then suddenly get significantly stronger, which isn’t generally how growth works in real life. Finally, most characters in such RPGs have predetermined paths for leveling up, giving you zero agency in their improvements.

While there are individual games that might address one of those flaws, it often creates its own problems and no system does leveling up perfectly. The key is creating a system of advancing in level that compliments the style of game you’re playing, and quite a few RPGs manage that feat pretty well.

Now I turn the conversation to you, adventurers! What game features your favorite method of increasing your levels? Have you ever played a game where you just hated how leveling up functions? Let me know in the comments, and thanks for taking the time to read!

6 thoughts on “Level Up! – RPGs with Creative Core Mechanics”