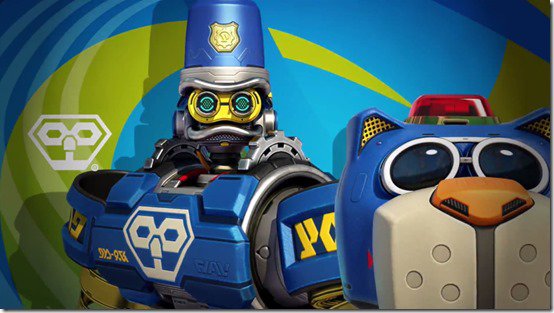 The tough thing about making it a blog goal to write on a consistent basis is that sometimes this requires me to write when I have absolutely no idea what to talk about. I mean, that’s really the point, I suppose – consistency is all about writing even when you don’t have itchy fingers ready to type a 2000 word article about something you are passionate about. And I’ve been doing better about coming up with things to talk about, but today I really need to just sit down and type about nothing in particular. There’s not gonna be any focus here, no theme unifying the whole article – just me, talking about games for a bit. If you’re down for that, welcome aboard!

ARMS
So I picked up ARMS on the Switch and I’m starting to have just the teeniest bit of buyer’s remorse. I loved the Global Testpunch and despite not doing super great I still enjoyed the game enough that I thought it warranted a purchase. Now that I have the game…I don’t know. I don’t feel like the single player experience of ARMS is strong enough to stand on its own – you really have to play multiplayer to get anything out of it. But the multiplayer is starting to wear a little thin in my view, particularly in the sense that it is not the fastest way to make money to spend in the ARM Getter. The thing that motivates me to keep playing is that I really want to unlock a variety of ARMS for different characters, but playing through Grand Prix is tiring and Party Mode seems like a serious grind.

I’m not trying to say that ARMS is bad by any means – in fact, it’s the opposite: I am the one who is bad. Bad at ARMS. I’ve been playing for a couple of hours each night, but my progress is slow and I’ve barely gotten better enough to move up one skill level in Grand Prix. When I face opponents online, I immediately find myself facing defeat after defeat. It’s particularly frustrating when you consider that the full version of the game has some kind of system for tracking losses and starts giving you a full rush meter at the start of combat when you’ve been doing badly for awhile. Meanwhile, players who are doing particularly well might start a battle with a lower health bar segment than everyone else. Every time I find myself getting a full rush meter for free, I feel like the game is saying “okay, honey, let’s give you a chance to maybe win one match too.”

I’m gonna continue playing and trying to better myself. Hopefully I’ll get good enough soon that I feel like I can compete a little bit online. More wins means more coins, which means I’ll actually be able to spend some serious money at the ARM Getter and collect a greater variety of weapons. That’s my ultimate goal here, and I just need to remind myself that there’s really no rush – an hour or so a night of practice will help me get to the point where I can play well. I’ll never be tournament material, but once I can win more often than just once every ten fights I’ll enjoy the game a little more.

A few adventurers have been enjoying my miniature tales of this Nuzlocke on Twitter, and I’ve been enjoying playing the game so far. I finally managed to finish Pokemon Moon after nearly five months of not paying any attention to it. Immediately after completing the main story, I decided that I cared absolutely zilch for the Ultra Beast postgame and instead opted to participate in what has become my favorite aspect of playing Pokemon – the Nuzlocke challenge.

If you’re not familiar with the idea of a Nuzlocke, it’s a challenge where you are limited in the number of Pokemon you can capture and where any fainted Pokemon are considered slain and sent away forever. Permadeath and limited captures actually makes it possible to “game over” in Pokemon, and your Nuzlocke is considered over if you white out against an enemy (lose your entire party). I’ve played multiple Nuzlockes of many different types, but for my first Pokemon Moon challenge run I am sticking to the basic rules.

So far Moon has been a bit more on the challenging side. I’m being careful not to get overleveled so I won’t breeze through, but that’s not the main reason I’ve run into problems – my team has terrible type coverage. I chose Popplio as my starter as I consider the water Pokemon to be the most combat-viable starter in this generation. I named him Riverdance, because he likes to dance and he’s a water type. Yeah, I know, crappy nickname. It’s my Nuzlocke, suckers!

After Popplio came Vicki the Pikipek, a Flying type that shares a certain weakness with Popplio – electricity. With my growing Electric weakness, I needed something that could protect my team from this devastating type. Instead, I caught Gullet the Wingull, a Pokemon that is twice as vulnerable to Electric attacks as my two other Pokemon. When my next potential capture was a Magnemite, I had a serious problem. None of my Pokemon could realistically endure more than one Thundershock attack. I needed Magnemite on my team – its resistances are stellar and would protect the rest of my team perfectly – but to make it happen I needed to sacrifice someone to its electrical might. That sacrifice ended up being Gullet, whose very presence on the battlefield seemed to bait out the Thundershock attack that Magnemite had been avoiding up to that point.

Gullet is now resting in peace in a graveyard set aside for my fallen comrades. I’m sure he will not be the last to be placed there.

So that’s what I have been up to, adventurers, enjoying a new game and a game I have had for awhile side by side. What games have you been playing lately? Are you playing them for the first time or delving once again into a familiar world? Let me know in the comments, and who knows – maybe I’ll hear about something new to add to my repertoire. Thanks for reading and have a wonderful week, adventurers!

8 thoughts on “I Just Need to Talk; or, The Obligatory Writer’s Block Post”