Earlier this week I picked up ARMS for the Nintendo Switch and so far I am having a blast, despite my complete and utter lack of skill at the game. I’ve been steadily getting better and learning which ARM combinations truly function well for me, and I’m starting to get a grasp of what techniques legitimately work for the way I play. It’s a learning process for sure, and it will definitely be awhile before I feel comfortable playing ranked online – particularly since I haven’t beaten the level 4 Grand Prix requirement to unlock it!

I’ve been seeing my old college RPG group lately for non-RPG things like bachelor parties, birthday parties, and weddings, and having all of us in the same place has brought back a lot of great memories as well as reigniting my desire to be playing a tabletop. Unfortunately, until the next wedding wraps up and the summer winds down, most members of our group won’t even really be available to play over the computer until August, so for now I have to wait impatiently and tide myself over with something else.

Still, just because I don’t really have the opportunity to play doesn’t mean that I don’t still have ideas, and a weird one hit me earlier: how could I make an ARMS-style character for my favorite RPG, Dungeon World? What would the mechanics look like? How would the character stand out and be unique? How would it give players the ability to try and emulate their favorite characters from the video game? Challenged with these questions, I figured the only way to learn the answers would be to buckle down and try to create a class dedicated to these springy masters of the art of fisticuffs! 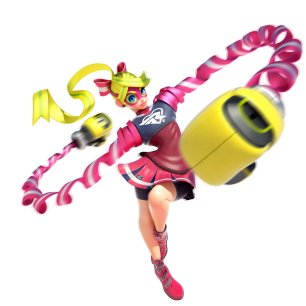 So how do you even go about getting started making a class? In my case, I try to choose a concept broad enough that I have lots of different ideas to pull from – trying to recreate the abilities of a single character is pretty much never a good idea. Instead, you want enough examples that you can pull lots of individual concepts out while also getting a good “core” set of abilities – those are gonna be your starting moves. In this case, I have eleven different character concepts to pull from, and I think the cast of ARMS all have enough in common that I can nail those starting moves down pretty well.

What are the core abilities of every ARMS fighter? Well first off, the stretchy arms are a MUST. I’m going to stick to arms rather than opening up the floor to other options (like Twintelle’s hair, for example) because I envision the unique function of springy arms to be important to how this class plays, and it might be unfair for some characters to be able to ignore that and have normal arms too. Another major feature is the ability to attach ARMS to those stretchy arms for the purposes of combat – I think this move would probably have some similarities to the fighter’s Signature Weapon move.

The elemental abilities of ARMS, and the different methods of charging up, are definitely important. In particular, because an ARMS character will probably compete with the fighter class for a similar role in the party, it’s important that charging be a way to help differentiate in their fighting styles. I want to include their grabbing ability as well, but extend it beyond combat purposes so that the character can use their arms to attach to something distant and then drag themselves towards it. This could be an interesting form of movement that allows these characters to get to places that are hard for other characters to reach, and do so quickly.

When it comes to the unique abilities of specific characters, such as Twintelle’s power to slow down time or Springman’s constantly-charged punches when at low health, I see these abilities being more appropriate as advanced moves. This will make it so that no one character of this class has ALL the abilities of the different ARMS fighters, and allows players to mix and match abilities to make a character all their own.

There are a couple of characters whose abilities strike me as more appropriate for a racial move rather than an advanced move. Helix, for example, has a power that works only because of his unique nature as a slime-creature. Having a slime race that allows the character to have those stretchy qualities would make more sense than suddenly gaining that ability as a level-up move. I envision having an automaton race as well, to cover the roles of characters like Byte-and-Barq and Mechanica (although the latter is simply wearing a suit).

My plan is to go more into detail about advanced moves in Part Two of this mini series. For now, let’s focus on starting moves. We have stretchy arms, weaponized ARMS, elemental attacks, charging up punches, and grappling onto objects as our main abilities. What I’ll do next is go through my process of designing moves in order to create a (hopefully) interesting and unique set of starting moves for this class.

The purpose of this move is simply to establish the physics of the character’s arms. These are basic building blocks that will help other moves to function. It also gives the GM and the player some guidelines as to what these arms can and cannot do. While they do stretch quite some distance, the opponent has to be close enough for the character to see the whites of their eyes (as defined by near range in the Dungeon World rules). The arms aren’t able to take HP damage but they can be disabled temporarily, leaving the character defenseless for a few moments. The arms also don’t function like normal arms when they are stretched beyond normal arm length – once an arm is shot outward, it’s going to reach its full length unless it comes into contact with something first.

This move represents the ability to equip different ARMS and the different effects they can have. At this point I have included six different types that I consider to function well as a “core” set of ARMS. I might add more as an advanced move that includes ARMS like the Popper, Homie, Revolver, Whammie, Phoenix, Slapamander – there’s still a lot I haven’t covered here, but not every ARM I just listed necessarily has a clear translation to Dungeon World in the way that these do.

In the beginning, you only get access to three of them, so choosing which three should be your signature ARMS will be an important part of defining how the character plays. A ranged specialist might choose to equip ARMS like the Boomerang, Dragon, and Tribolt, while someone focused on power might prefer the Buff, Megaton, and Guardian. There’s plenty of combinations to suit different styles, and part of the point here is to capture the vast number of combinations available in ARMS.

Next, this move represents the ability to power up a punch with an element in order to deal some serious damage. Right now, the move only allows for charging by taking a moment to actively charge a punch – multiple advanced moves and maybe some racial moves will give other ways to charge up punches without having to stop and focus. Notice that you can choose whichever elements you want and combine them with whichever ARMS you want – with six ARMS and five elements, that’s 30 different unique weapons, and since you choose three at level one, that’s 90 unique combinations of ARMS for your level one character (using ARMS logic, anyway). Not too shabby a method for customization!

One thing I envision for this move is that these elements have applications outside of battle. Some are more obvious than others – being able to start a fire or freeze something, for example, will be pretty easy to find applications for beyond just punching things. While this class, like the fighter, will be pretty focused on the combat aspect of the game, this sort of class can get pretty boring without some out-of-combat features. I think clever players will figure out some cool stuff to do with stretchy arms, though, and this next move will open up a lot more opportunities for that.

One of the most practical adventure applications of springy arms would be using them to reach otherwise difficult locations with ease. Grab on to a distant tree and just spring up there instead of climbing the steep cliff face. Grab ahold of a runaway child you are trying to rescue before they plummet into a canyon. With the ability to launch these arms a pretty significant length, this character could move around the game world in a really interesting and unique way not available to other classes in Dungeon World.

I felt some of my explanations at the end of the move were unnecessary but I still wanted to establish some rules about that. This ability doesn’t gift the character with more strength than they ordinarily have, or allow them to literally latch onto any insignificant thing and use that to swoop around the world. To be pulled towards something, it has to be heavy enough to serve as an anchor point, and to safely pull something the character still needs to be strong enough to lift that thing in normal circumstances. And finally, the Hack and Slash rule is present to stop players from just grabbing people willy-nilly and doing whatever they want. It takes some kind of check to accomplish that particular maneuver.

Oh, right, checks – there aren’t any moves here yet that actually require a dice roll, eh? We can kind of make guesses based on what we know of the class so far that Strength and Constitution are probably important. These characters fight often and will need the health and power to survive. Dexterity can be important too, though, particularly if you choose abilities that focus on jumping and dodging in order to get charged up. It’s important that the starting moves of a class establish what that class is meant to do and what stats are important for it, so I’ll need to clarify that moving forward. 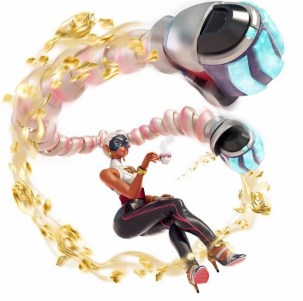 That’s not the only problem we could potentially be seeing, here. From a balance perspective, this character gets damage buffs earlier than the fighter and could pose a threat when it comes to that role in the party. If I want to balance these classes together in the same campaign, I need to make sure that the ARMS character doesn’t make the fighter totally irrelevant. I think I’ll do that by focusing more on the bonuses of charging than on raw damage or armor.

These edits aren’t something I plan on making today, though. This is only the beginning of a multi-part series, and I plan to show you step by step how I go through the class design process, mistakes included. Once I get a first draft done we’ll go through an editing phase to try and address any immediate concerns that are easy to view on paper. My hope is that this process is educational for those of you interested in making your own Dungeon World content for your campaigns!