There’s a lot of speculation as of late about the mysterious game known as “Pokemon Stars.” Does it truly exist? Will it be on 3DS or Switch? Is it a deluxe edition of Sun and Moon in the style of Emerald and Platinum, or a remake of the fourth gen games Diamond and Pearl? Some folks are anticipating news in a Nintendo Direct sometime this month, others are expecting it to be confirmed (or denied) at E3 2017. Today, I am going to make some fundamental assumptions about the nature of Pokemon Stars and share my personal hopes for the game.

FIRST, THE ASSUMPTIONS
So in order to effectively discuss Pokemon Stars, I’ve gotta go all-in on a definition for it. What will Pokemon Stars be? My personal guess is that we are looking at a complete edition of Sun and Moon. Stars will be to Sun and Moon what Emerald is to Ruby and Sapphire: the definitive version of the game. I anticipate it to be on the Switch, taking advantage of the new console’s portability and enhanced performance. With that in mind, let’s talk a bit about my impressions of Pokemon Sun and Moon.

POKEMON SUN AND MOON
To fully appreciate what I want from Pokemon Stars, it’s important to understand my thoughts on Sun and Moon. Specifically, the fact that I don’t like them. 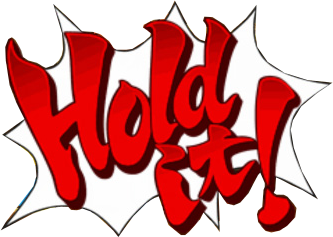 “You don’t like Pokemon Sun and Moon? What the heck is wrong with you?” Yes, yes, I understand that this is Poke-blasphemy. But my issues with Sun and Moon ultimately stopped me from finishing the game. Most of my issues with the game were mechanical rather than issues with the overall concept. And because of that, all of my perceived problems could be addressed in Pokemon Stars. So let’s talk about my wishes in more detail.

WISH #1: BRING BACK THE RODS
If you’ve played an older Pokemon game, then you’re probably familiar with how fishing worked back in the day. Throughout the game you could locate different levels of fishing rod, starting with the Old Rod and working up through Good Rod, Super Rod, and Ultra Rod. The old rod, well, that goofy thing wasn’t good for much other than catching the occasional Magikarp. As you unlocked better rods, you could catch rarer Pokemon.

In Pokemon Sun and Moon, gone are the rods of varying quality. Instead, you just have one Fishing Rod. Now I suppose this narrows your inventory, which is nice in theory, but what ultimately happened is that the only fishing rod in the game works like an Old Rod. Anytime you go fishing, you mostly find Magikarp. Every now and again you’ll catch something slightly rarer, like a Goldeen, but you really have to fish for a significant period of time in order to find it. Without higher-level rods to sift out the commons, it takes incredible amounts of patience to catch anything other than Magikarp in the water.

Pokemon Stars would give an opportunity to add better quality rods back into the game. This would make it easier to catch rarer Water Pokemon as you work your way through the game, and revisiting old areas would be more appealing as you could bring back higher-quality rods and find things you couldn’t find before. I get that only having one rod was a way to experiment and change up the very tired Pokemon formula, but this is one change that definitely didn’t need to happen. 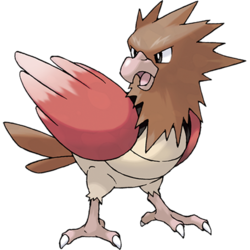 When Pokemon ORAS came out after XY, I found myself enjoying the newer games less than the older. Despite many mechanical improvements over XY, ORAS had a “flaw” that was a result of staying true to the source material: most routes had few Pokemon to encounter. In XY even the smallest of the small had at least four or five unique Pokemon you could encounter. Larger routes had a dozen or more, and even after four playthroughs I could still encounter a Pokemon in the grass that I hadn’t met there before. In ORAS, I often found myself encountering the three same Pokemon over and over again, simply because those were the only things on a given route at a time.

In Sun and Moon, the game has the variety of XY but the encounter rates of ORAS. That is, even though there are lots of Pokemon to meet on the route, you’ll never see them because you just run into the same two over and over again. I remember one route in particular that I was exploring that I knew had at least five or six different Pokemon in it – in ten encounters I only encountered two, and eight of the ten were the same Pokemon. In a game where your goal is to “catch ’em all,” it’s really frustrating to always run into the same critters.

My wish is that Pokemon Stars would add an improved encounter rate system that made it more likely you’d encounter multiple types of Pokemon on a route. I’m not saying to remove rare encounters from the game completely. But meeting eight consecutive Spearow on a route where at least five other species live is ridiculous. Maybe include some sort of staggering system that causes the encounter rate for a specified Pokemon to drop the more consecutive times you encounter it. Sun and Moon has the variety – it just needs to be tweaked so that the variety is actually displayed. Heck, fixing this problem might even make Wish #1 unneeded! 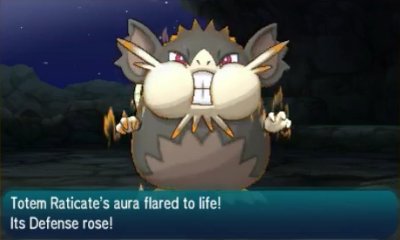 I never thought I would say this about a game that isn’t Playstation All-Stars Battle Royale, but this game has some serious balancing issues. Specifically, the difficulty of various significant encounters in the game is seriously out-of-sorts. Now prior to Sun and Moon, I was the guy who advocated for a “hard mode” where the opponent fought with a competitive strategy. This would make these battles tougher for more experienced Pokemon players and increase the challenge of the game for those who wanted it. Instead, what we got with Sun and Moon was a different kind of challenge that really doesn’t work for me: Totem Pokemon.

In a way, it feels wrong to complain because Totem Pokemon do what I originally wanted – they fight competitively. They have movesets that create effective combos and are able to summon allies into the battle that help them to capitalize on these combos. On top of that, they receive a serious boost to their stats that makes them harder to fight. All of these factors added together actually makes it so that the Totem Pokemon are very powerful, particularly when you haven’t specifically counter-teamed them ahead of time.

However, the rest of the game is offensively easy. Despite the fact that there are only four Kahunas compared to seven Gym Leaders, the Kahunas are still jokes. They don’t have full teams, and the Pokemon they do have follow a rigid typing theme that is easy to overcome even without any real preparation. Most trainers you encounter on the routes have only one or two Pokemon, and not tough ones, either. The lack of challenge from trainers, even important ones, makes it so you can breeze through the majority of your encounters.

So in Sun and Moon you end up with this weird situation where you can skip your way through all the routes without breaking a sweat, and then very suddenly have to think on a strategic level and carefully plan your team in order to survive totem battles. Totems incorporate too many mechanics to make the battle challenging while the rest of the game’s battles don’t incorporate enough. Totem battles need to be toned down to a bit more of a manageable level, but to set the stage for those challenges, the battles leading up to them need to be a lot tougher. This will make the game consistently challenging and also make it so that key story moments involving trainer battles will actually feel worthwhile. The way the game works now, the hardest fights in the game are little more than glorified wild Pokemon battles.

WISH #4: STADIUM MODE
This wish leaves the “problems I had with the original” category and enters the category of “stuff I just think would be cool.” I think it would be a blast for the game to incorporate a battle-exclusive mode that didn’t utilize the Pokemon from your in-game party. Rather, this mode would allow you to prepare your ideal team in order to take on other trainers in strategic battles without requiring you to spend five hundred years breeding your team first.

My biggest turn off when it comes to competitive battling is the timesink. I enjoy playing Pokemon, but running around in circles waiting for the perfect egg to hatch isn’t playing Pokemon. Additionally, that approach is pretty unfriendly to anyone who is a newcomer to the series, or lacks an internet connection. These folks jump on Battle Spot with their starters and favorite Pokemon and then get obliterated because their IVs and EVs aren’t ideal. Even people who do have legitimate competitive Pokemon can find themselves paired with someone who has six legendaries and end up getting defeated despite their prep. Having an official “battle mode” could allow players to enter specific competitive rooms (no legends, double battles, little cup, etc) and play the way they want, with people who want to play the same way.

Do I think this is likely? No. Heck, I don’t even know if it’d be possible – for all I know about the technical aspect of things, a functioning Pokemon Stadium with all the modern mechanics of the game might be a standalone title impossible to fit on a cartridge alongside a full story. But if Pokemon Stars were to include this feature, I think a lot of folks would take to it. It would also make VGC (the official Pokemon e-sport) more accessible and help to bring in a new generation of competitors.

Now I turn the conversation to you, adventurers. What do you hope they include in Pokemon Stars? Do you, like me, dislike Sun and Moon and hope this game makes improvements on the formula? Would you play a modern Pokemon Stadium? Let me know in the comments, and we’ll maybe see at E3 if any of my wishes come to light!

Hey adventurers, don’t forget that tonight (Wednesday, May 17th) at 6 PM EST there will be a Nintendo Direct dedicated to ARMS, and will also show off a new Splatoon 2 trailer. Be sure to check out the Direct, and while you’re doing so, you can check out my Twitter page for my live reactions (work permitting). Of course, if you miss it live, I’ll also be posting my thoughts in more detail this Friday. I hope to see you for the Direct tomorrow evening!