Today (and by “today” I mean the day I am writing the article) is Mother’s Day, and this year I decided to put the focus not on the moms in video games, but the moms of gamers. Or, more specifically, my mom! My mother has been a huge influence on me throughout the years, so today I wanted to take the opportunity to share some stories of the great times we had around a console.

First, a little bit about my mother. She’s not exactly the “gamer” type, at least not in the sense that most of my readers are. Sure, she’ll play a few rounds of Bejeweled to relieve stress after a day of work, but she’s not about to join an E-Sports team or spend 100 hours discovering every secret in Breath of the Wild. She’s an avid reader, though, and instilled in me the love of stories that has led me to love video games so much. And the fact that she’s not a “hardcore gamer” never stopped her from being able to enjoy a few games with her kids.

EARLY CHILDHOOD
Some of my earliest memories of gaming with my mother are those of her helping me. When you’re first learning the ins and outs of handling a controller, particularly as a child, it’s pretty normal to turn to someone more experienced – or at least older – when you need help. And golly, did I need help a lot. Star Fox 64 stands out to me as a game where it seemed like I was constantly asking my mother to get me through levels. There was one particular planet where I ALWAYS needed her help: Macbeth.

If you’ve played Star Fox 64, you probably remember the place. Macbeth is an industrialized planet that features one very prominent machine throughout the level: a train. You follow that train all over the place, trying to catch up to the front car and blow it up so that Andross’s evil plan will fail. Why do you need to destroy the train? Beats me. I also don’t entirely understand why you have to chase it not in your mighty Arwing, but in the clunky nightmare known as the Landmaster. As soon as the train showed up and that tank hit the ground, I was begging my mom to take the controller from me and destroy the train. And despite the fact that I know (now) that she hated playing that level as much as I did, she did it every time.

E FOR EVERYONE
Of course, once I got a bit older we transitioned from my mom helping me with single-player games to facing off against me in multiplayer. The two games we loved to play were Mario Party and Mario Kart. We were somewhat evenly matched in Mario Party, even back then, but there was one game my mother always destroyed me at: Shy Guy Says. If you’ve played the original Mario Party you might remember it – a Shy Guy has two different flags, one for the A button and one for the B button. When he holds up a certain flag, you press the corresponding button. The thing is, that jerk would sometimes hold up both flags for an instant and then put one down, leaving you in this awful state of panic for a second where you felt like you had to guess before you really knew the right answer. That always threw me off, but Mom would get it right every time. She always got the coins for that game, without fail.

When it came to Mario Kart, it was no contest. She wrecked me in that game, and my tiny childhood dream was to be better than her at racing. I can remember trying so hard to outpace her, and I can even remember practicing specific tracks in ghost mode to try and take her down. For some reason Moo Moo Meadows sticks out in my mind as a particular challenge – I think that might have been her favorite track. I never imagined that there would be a time when I would be able to defeat her at racing. 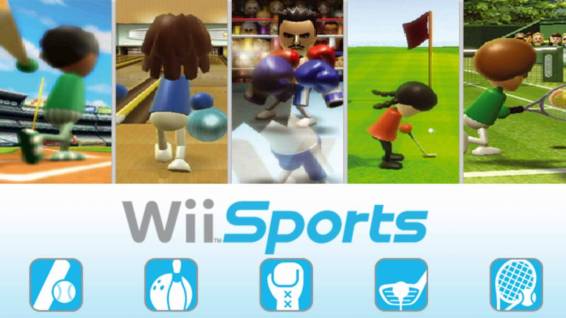 ANGST-RIDDEN TEEN YEARS
As I got older and gaming became a more serious hobby for me, I started to develop the skills necessary to defeat my mother in video games – yes, even in the dreaded Mario Kart! As newer games came out, we didn’t really find all that many that drew the whole family in. I do remember us playing Wii Sports from time-to-time, and for a while we tried to use it as a legitimate form of exercise. My mother and I never got much out of it, though.

My own tastes in games were changing. I preferred single player games and was getting into more strategic titles, RPGs like Final Fantasy and Fire Emblem. I also liked “edgier” games like Super Smash Bros when it came to multiplayer, and my mom has never been a fan of fighting games. In fact, when the original Smash Bros came out, I wasn’t allowed to play it despite it being rated E – I had to wait until I was ten, I think. My mom chose to take a strong stand against portrayals of violence, one that others in my family and even other kids I knew tended to poke fun at. But it was important to her, and I recognized that enough to avoid touching any rated M games until I was over 18.

Because fighting games weren’t an option for multiplayer, we stuck to the classics: new iterations of Mario Kart and Mario Party regularly defined our game nights. Particularly when I was an older teenager, we’d get together with my stepdad and younger brother and all play a four-player game together. At this point I pretty much had the trophy for being the “best” gamer in the house – my stepdad didn’t really have time to hone his skills and it’s not like Mario Party was his favorite game anyway. My brother was too young to compete with me. But everyone still enjoyed playing together, and I remember those nights with fondness. My mom never stopped playing games with me just because she wasn’t better anymore. The time we spent together that way was valuable enough.

ADULTHOOD
Fast forward to the modern day. I’m still an avid gamer, and my mom not so much. We don’t see each other as often as we did when I lived in her house, for obvious reasons. She’s got two other kids to raise, and I have one of my own now. But although we don’t play games together like we used to, those memories still impact me. They’ve shaped the way I play – I will forever love local multiplayer over online because of the nights we played together as a family. And I now look forward to the days when my son is old enough to play, so I can help him through the levels that make him struggle and so that we can play together just as she and I once did.

I don’t think it would be an exaggeration to say that this blog wouldn’t be here if not for my mom. I wouldn’t be where I am in any aspect of my life without her. She has been a constant example of strength, and a constant source of support. From helping me to conquer Macbeth to watching me beat her in Mario Party for what probably seemed like the hundredth time, she has been there for me and encouraged me as a gamer from day one. When I started this blog, she took time out of her busy evenings to start reading it. Again, my mother is not a gamer. She knows nothing about 90% of what I talk about. But it’s my writing and my words, and she cares enough about that to care about Adventure Rules. She was one of my first readers and has continued to support me through the times where I did not write actively.

So if you’re an adventurer today and enjoyed reading this post, or any post here on the blog, this is a great time to say a big ole thank you to my mom. She is the mother of adventure here and I couldn’t have ever reached this point without her. If you have fond gaming memories with your own mother, I’d love for you to leave comments sharing your stories. And if you yourself are a mother, happy belated Mother’s Day to you! Thanks for reading!

2 thoughts on “The Mother of Adventure: Gaming Memories with My Mom!”