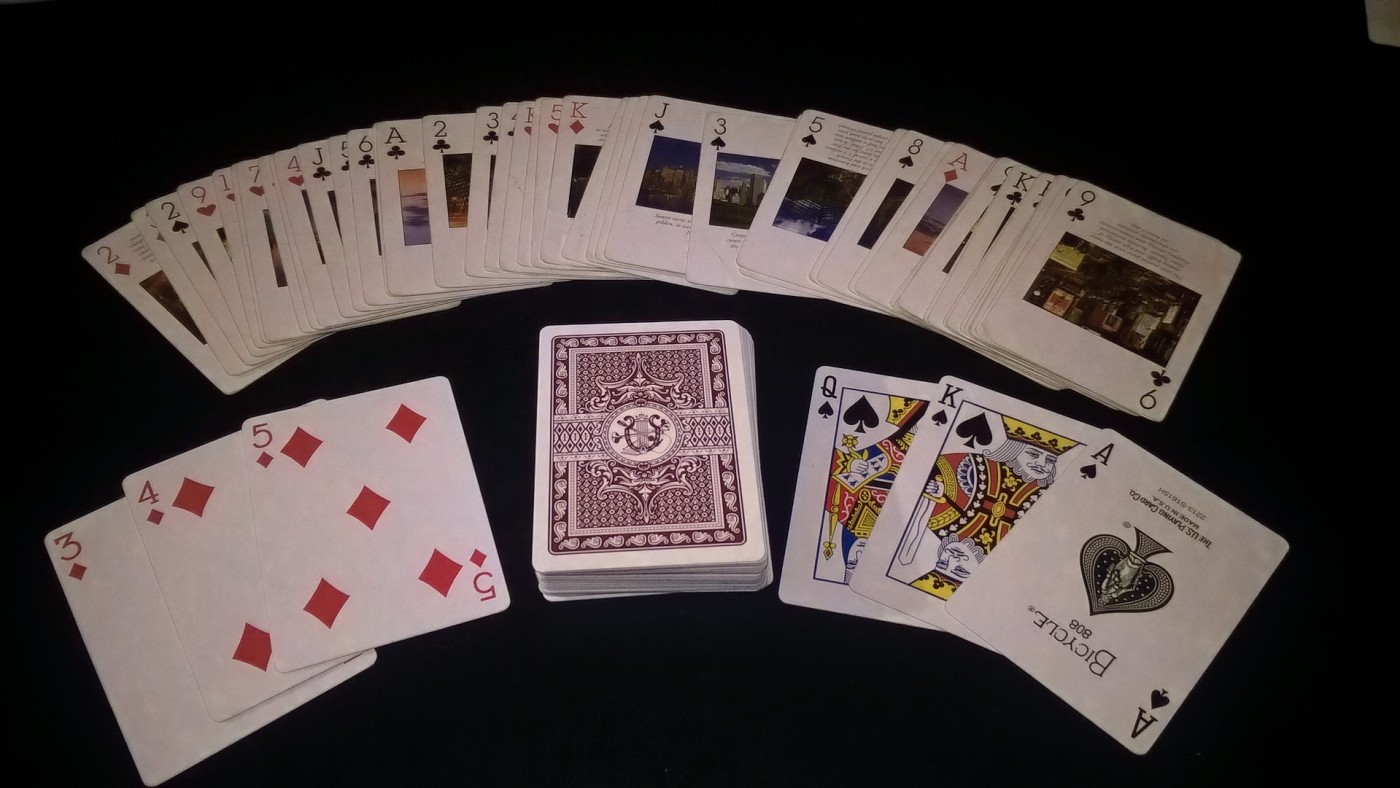 Welcome back for another Tabletop Tuesday, this one also dedicated to ideas for the card-based tabletop I’d like to create. If you’ve missed a couple Tuesdays here on Adventure Rules, it might be a good idea to read up on my core ideas for the game and the proposed combat system before delving too deeply into this article. While they aren’t necessary reads for today’s piece to make sense, I may reference some of the concepts I have already discussed within them.

Just a warning, this post was written in the midst of lots of travel and a very busy evening on-call at work. To meet my posting schedule I had to forgo certain modern conventions like images, clarity of thought, and complete sentences. Here’s hoping the children of my community stop acting like crazy people so that I actually have time to put some intelligent thought into Friday’s post.

This week my mind has been less on the rules and mechanics of the game and more on the potential setting. I’ve also been kicking around a potential theme that, based on my concepts so far, is going to be playing a role both in narrative elements and in the game mechanics. That theme is the idea of having two things in one, so let’s summarize that as hybridity.

Honestly, hybridity is something that I’ve pretty much always incorporated into my work. The fiction pieces I have aspired to write in the past always blend genres. I don’t just write fantasy or horror or whatever. I do fantasy/horror, or sci-fi/fantasy, superhero/horror, and so on – blending ideas and techniques from two genres is simply part of my style as a writer. So it makes sense that the concept would work its way into any game that I might want to design. Specifically, the idea of two-in-one has influenced my thoughts on the game’s setting, gameplay, character options, and monster design.

THE SETTING
I’m a pretty big fan of fantasy and science fiction in the same universe. I like both genres separately to a degree (fantasy appeals to me more, but some brands of science fiction really resonate with me), so putting them together really works for me. Specifically, I feel like a lot of games I have played in the past influenced that. I love the Zelda series, which is fantasy, and the Mega Man series, which is sci fi. And then there are games like Final Fantasy that often blend both together, with magic and oversized swords in the same world as alien beings and advanced computers.

I’m drawn to the idea of incorporating these two genres into one, but I want to do so in a way that feels a tad more original (if legitimate originality is something that’s even really possible). Specifically, I like the idea of a world that is primarily fantasy where the technological elements are emergent. This world is just now beginning to feel the impact and explore the possibilities of the tech they’ve discovered, like a Renaissance is occurring in the game world. In this game, the emergent technology that’s redefining the way the world works is clockwork.

I’m a huge fan of “clockpunk” technology – using the turning gears and winding keys of clockwork to make advanced technology possible in a fantasy realm. I see this technology being very integrated with nature: things like wind and water serving as the power source to keep the clockwork turning in order to provide modern conveniences like electricity. Most personal technology would be powered by keys, allowing you to wind up the device in order to activate it. This could apply to everything from toys to tools to weapons. I envision a clockwork grenade that you activate with turns of a key – it begins ticking down after activation, and the steady tick of a grenade is a warning of impending doom on the battlefield.

THE GAMEPLAY
When it comes to gameplay, I’ve already talked in some detail about the combat. I’ve also mentioned that I plan to incorporate totally different card-driven mechanics for other types of checks in the game. Things like lock-picking, bartering, and escaping environmental hazards will work differently than the attack chain system I have devised for combat. My vision for this is that, at any given time during the game, two decks of cards can be active and measuring success on different types of checks.

Say one character is trying to pick the lock on the door blocking the party’s escape while her companions bravely fight off hordes of monsters. The two fighting players might be adding cards to the attack chain while the locksmith is playing an entirely different card game with her own deck, representing her focus on picking the lock. This same situation could be played out in a trapped room, where one player is playing cards against an environmental-hazard setup while the other is using his deck to disable the trap. Perhaps the players try to impress a foreign noble with their combat prowess, their success on the attack chain benefiting them in a bartering check that’s happening at the same time.

My hope is that by having different kinds of card games incorporated into the game mechanics, and having players at the same table potentially using their cards in different ways, the game has more variety and works to keep everyone at the table engaged. This approach plays directly into my ideas about character options.

THE CHARACTER OPTIONS
A common mechanic in tabletop RPGs is a class system, and I don’t envision this game being any different. I want the class system to play directly off of the different types of checks that can happen in the game. That is to say, for every different use of the cards, I want a class that specializes in that use. So with combat, traps/locks, bartering, and environmental hazards all on the table, that’s at least four different ways of using the cards and therefore four different class specializations to consider.

I’m not stopping there, though, as hybridity influences my thoughts on this concept too. Specifically, I want each class in the game to have not one but TWO specializations. An issue I have oft encountered in other tabletops is that inexperienced players often have a tough time roleplaying their character outside of that character’s given specialty. Fighters tend to stay quiet during negotiations, and stealth characters hide in the bushes while their companions fight. Some players disengage when the action of the moment doesn’t suit their character. To potentially combat this problem, I’d like every class in the game to have two specialties, giving that character multiple scenarios in which their specialization is useful.

THE MONSTER DESIGN
Fantasy games have a very strong established history of monsters, which can be a good thing in some ways but is not something I consider ideal for this game. Specifically, if I reuse the same monsters that most fantasy games have, this game becomes little more than D&D or Pathfinder with playing cards thrown in. To make sure that monsters in this game feel fresh and are compelling enemies to face, I want to combine aspects of different creatures into “new” monsters.

Now if you’re familiar with Avatar: The Last Airbender, you may be thinking of the way they handled animals at this point, with images of platypus-bears or boarcupines popping into your head. That’s not quite what I’m going for (although that’s my favorite show, so to say it didn’t inspire me somewhat would be a blatant lie). I’m not planning to have animal parts mashed together into one creature. Rather, I want to take the concept of two creatures and put them together while adding features to create something that feels like a typical fantasy creature. To reference classic fantasy lore while still changing it up somewhat. As an example, a combination of lizard and monkey could result in something pretty goblin-like: humanoid, but more animalistic and with plenty of features that aren’t mammal at all. Skilled climbers and diggers, and with prehensile tails that can wield weapons as skillfully as their two hands, these creatures are both social and fiercely territorial. I’d call them something other than lizard-monkeys or goblins, but the design takes inspiration from both concepts.

Well adventurers, that’s gonna be it for me today. Thanks for reading, particularly since my recent schedule has resulted in this post being a little bit all over the place!