My wife is an avid online gamer and she particularly enjoys Overwatch. We only got the game a few months ago but she’s worked hard on developing her skills, and she plays frequently so she has made quite a few friends online. Generally she’ll play with people she knows, but sometimes none of her friends will be on so she’ll have to play on her own. She’ll also frequently be introduced to new people by folks she’s already met, getting to know her friend’s friends and expanding her PSN friends list in that way.

That is, until their mutual friend left.

This once quiet individual suddenly became very talkative in the worst way. My wife described his behavior to me and the effect it had on her. The details of the experience are not really mine to share in a public forum. What I will share is that this individual made comments towards her that were both threatening and sexual, clearly demonstrating a misogynistic attitude that made her very uncomfortable. Her other friend that was online with her was of another race, and this hateful troll frequently made hateful statements towards him and even claimed to be part of the Ku Klux Klan.

Both my wife and her friend asked this fellow repeatedly to shut his mouth and stop being disrespectful. They defended themselves and each other as best as they could against this individual’s verbal hate but he seemed relentless. Finally, though, something shut the guy up. What could possibly get a troll of this nature to stop talking? His friend came back, the one person playing he knew in real life. At that point he went right back to being silent.

That lamebrain was totally comfortable and confident in his perceived power over people who were different than him until he was faced with someone whose perception of him could have consequences. He never had to worry about seeing my wife or her friend ever again. But the fellow who introduced him to them? Well that’s another story. Suddenly his bravado faded into silence. He wasn’t anonymous anymore, and without that veil his artificial bravery faded away.

This isn’t the first time my wife has had to deal with trolls because of her gender. But this kind of behavior doesn’t only affect women or people of color, and I’ve seen some other recent events where anonymity leads folks to think that they can just say whatever they want. The poor reviewer who gave Breath of the Wild a 7/10 and dropped its score on Metacritic has had hell to pay from the Zelda fandom – a fandom I have discussed before as being particularly hateful. My favorite YouTube personality recently changed the content on his channel, focusing on some different types of games, and the shift has been very beneficial for him from a growth perspective. But he is constantly bombarded on Twitter and in his YouTube comments by people who are angry that he dared to play other games he liked. Oh hey, I’ve written about THAT before too!

My point here is that this phenomenon is nothing new, and no matter who you are, chances are you’ve had to deal with people like this. Because the internet is a place where you are effectively invisible, it can feel very safe to speak out and say what you really mean. Unfortunately, what some people “really mean” is hateful and destructive. It tears down creators or fellow gamers, making them uncomfortable and discouraged. Luckily, there’s still a bright side we can focus on.

I’m happy to say that when my wife and her friend who were verbally tormented by this guy explained to his real-life friend what happened, that friend chose to believe them. He apologized for his friend’s behavior and for introducing them all. And that’s an important first step in helping folks who have been hurt by someone wielding the power of anonymity in a dangerous way. We should encourage them and stand by them.

I’ve stated before that it takes something like 100 positives comments to undo the emotional impact of 1 negative comment (I can never find the actual statistic on that – if anyone knows it feel free to include it in the comments). Often, the kind sit in silence while the hateful gleefully speak out. That’s something that needs to change if we want to redefine the online gaming community. Leaving positive comments on blog posts and YouTube videos is important for the mental health of content creators. They absorb so much negativity while their faithful supporters just quietly sit at their computer and read/watch. If you enjoy someone’s work, make sure they know. That’s an important part of fighting hatred and negativity.

Consider using the power of anonymity to support someone who is going through a rough time. If you see someone being victimized by another gamer online, step in. That troll doesn’t know you any more than their target knows them. I’m not encouraging you to be hateful in return – “hatred breeds hatred and violence begets violence.” But calmly let that person know that you do not support their behavior and encourage them to stop. Let the target know that playing with you or staying around you is a safe place to be. What’s the troll gonna do? They don’t know you. Let the same anonymity that gives them the boldness to hate give you the courage to love.

While some of these hateful, sexist, or racist comments come from folks who are intentionally looking for a reaction, sometimes there are good-intentioned people saying hurtful things without meaning to. How do you avoid being that person? Whenever you want to express an opinion or make a joke that could potentially be harmful to another person, consider first the real benefit. Is using profanity to tell this blogger that I want their old content back actually going to change their mind? Is this man or woman I am speaking with really going to interpret my sexual joke as harmless? 99 times out of 100, the answer to that question is going to be no. So I say as respectfully as I possibly can – just be quiet. Your words, no matter how “good” the intentions behind them, will likely just be harmful. 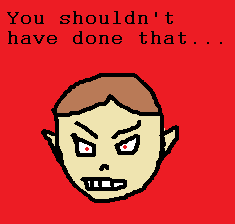 So what about you, adventurers? Have you had any negative experiences while playing games online? Or do you have any advice for those who are on the receiving end? Let us know in the comments and please – keep it positive! Video games are something we all enjoy, so let’s make sure that everyone can enjoy them in a safe and friendly environment.

7 thoughts on “The Boldness of Anonymity; or, It’s Easy to be a Jerk on the Internet”