Good evening, adventurers! This post is going to be a short update just about some ideas I’ve been tossing around in my brain. I decided to post them here as a sort of “extra” post just so you know what to expect and maybe to even get you a little excited about upcoming content. I like to use WordPress for updates like this so that folks across all the social media sites can see it. So let’s get to the update!

BREATH OF THE WILD
For the month of March, every non-tabletop post has thus far been a Breath of the Wild guide of some kind. It’s basically the only game I have been playing, besides some Snipperclips breaks with my wife, and guides are the most-viewed content here on Adventure Rules. As such, I definitely wanted to embrace the game’s current popularity and contribute to the conversation in a way that I think resonates with my viewers. And so far it has been pretty successful – it seems that people are using these guides and hopefully benefiting from them. Of course, it takes a bit of effort to make a guide, and the trap I don’t want to fall in to is spending SO much time on Breath of the Wild and guides that I’m not appealing to the people who follow me for my other articles. So to make sure that Adventure Rules doesn’t become Zelda ROOLS!!1!1! I’m putting a plan into place.

There are two Fridays left in March: Friday the 24th and Friday the 31st. Those two Fridays will be dedicated to more Breath of the Wild content – specifically, a review on the 24th and a Great Fairy/Armor Upgrade guide for the 31st. So video game posts in March will be exclusively Breath of the Wild. However, beginning in April, I am taking a break from Breath of the Wild content and not focusing on trying to create any more guides for the game. This way, those of you who aren’t playing that game or would just like to see me cover something else will be able to start seeing other content here on the site again.

“But Ian,” you might say, “what about the guides you said you’d do on stuff like weapons and recipes and etc?” At the moment, I have no short-term plans to cover that stuff. The memories guide honestly about killed me and I don’t anticipate the Great Fairy one to be any better. HOWEVER, if you do enjoy the guides here and want to see more, there’s still hope for Breath of the Wild. Specifically, I plan to revisit the game this summer and holiday 2017. Why those times specifically? DLC. At those times, Breath of the Wild will be relevant again and I’ll have had the break I needed from the game in order to get a second wind and complete more content related to it. In particular, the holiday DLC is going to feature new story content, which will really reignite my fire for the game in a way that the summer DLC (some new trials and a hard mode) may not.

In short, expect more Breath of the Wild for the rest of March. After that, we’re taking a break and returning to your regularly scheduled programming.

TABLETOP TUESDAY
As always, this segment isn’t going anywhere. Also as always, I have no idea what I’m going to be writing. I know that my plans for this coming Tuesday are to post about different methods of experiencing tabletop games, for those who may be interested in starting but don’t know how to get a group organized. However, City of Mist is the first time I’ve played a tabletop in a couple of months, and right now it doesn’t look like that’s going to be changing. I really want to get away from Dungeon World and Powered by the Apocalypse for awhile, experience some other stuff, but without a group I don’t exactly have options for that. And it’s tough to continuously write content about something you aren’t experiencing on a regular basis.

Like I said, Tabletop Tuesday isn’t leaving. I guess I’m just venting my frustration. If Tuesday posts get really esoteric or odd, it’s because I’m trying to keep content coming even when I honestly have no idea what to write about. If you’re reading this and you have any ideas for a tabletop-related post – maybe specific questions you want to ask me or something like that – feel free to leave a comment. I could use some good ideas on that front until I actually get a game going.

While I definitely plan to take a break from guides in April, in May there’s a game coming out that will rekindle my desire to create them: Fire Emblem Echoes. In strong competition with Paper Mario and The Legend of Zelda for the spot of my favorite series, Fire Emblem always catches my eye with a new game and this remake of Gaiden is no exception. When this title comes out for the 3DS, expect the blog to temporarily go into FE Mode the way that it has currently gone into LoZ Mode. I am beyond stoked for this game, so if you are too then Adventure Rules is the place to be.

THE NINTENDO SWITCH
“Uh, Ian, what about the new console you just bought? Shouldn’t you – I don’t know – maybe talk about it or play some games for it?”

That’s definitely in my game plan moving forward, and it will certainly affect the blog. Naturally I need to sit down with my budget and my wife and figure out what exactly is going to be feasible for us as far as games, but what I would like to do is cover some of the indie titles available for the Switch at this time. There honestly aren’t a lot of big titles in the early days of the Switch; Breath of the Wild is great, but the next big first party title is Mario Kart 8 Deluxe, which is basically a fancy port. Splatoon 2 is coming in May, but I don’t see myself embracing that as online multiplayer is not something I enjoy. ARMS looks fun but to my knowledge it is going to cost the full $60 of a first party title like Zelda and I’m not sure I’m THAT interested in the game. The $9.99 price tag on some of the indie games coming to the console is much easier to swallow, and if they are good, I can recommend them to other players who are looking to fill up their time until something more substantial comes out on the Switch.

UH, THAT’S IT
That’s gonna be it for this update, adventurers! I hope you’re looking forward to what’s coming. Again, if you have any specific questions or ideas related to tabletop games, please let me know as I would love to have some inspiration come from the adventurer community.

Oh, and last but not least – keep an eye on the site tomorrow, because there might just be a surprise post coming! 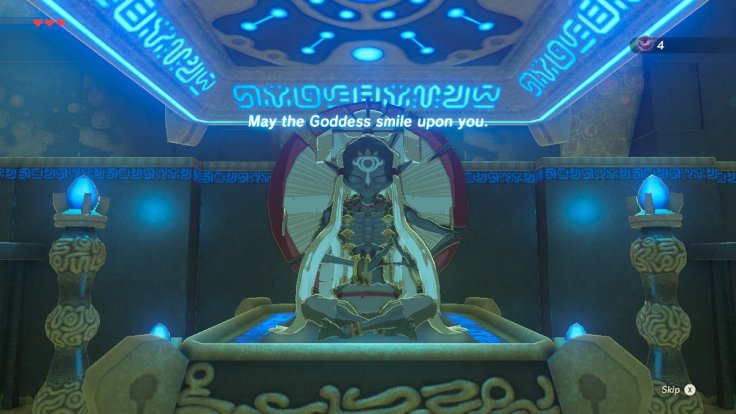