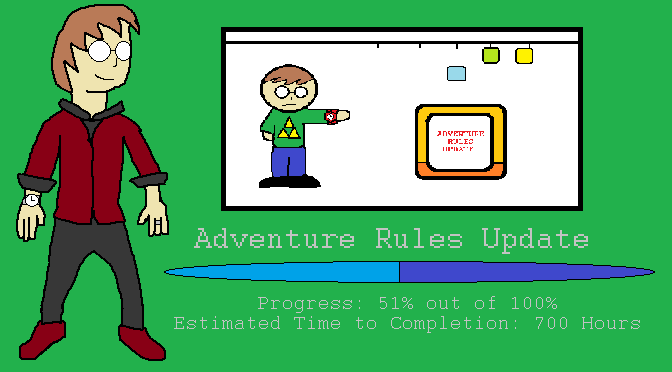 Hey there, adventurers! January sure flew by, eh? I hope you’re doing well at keeping your resolutions, unless they involved you torturing yourself, and then I hope you’ve come to the realization that we all gotta live a little. 🙂

January was a good month here on the blog in more ways than one. First of all, it was a record-breaking month in terms of viewership. January just edged out over December at 1272 versus 1237. Prior to January, December had been the most-viewed month, and November before that, so it’s been a 3-month streak of positivity here on the blog. And I have you all to thank for that! It’s awesome that you are enjoying the content here.

The most popular article in January was How Will Pokemon Sun and Moon Affect the Nuzlocke Challenge? at 294 hits, followed by Fire Emblem Fates Children’s Guide: Birthright Version at 251 hits. This shows that guides are still the biggest draw here, something that’s also reflected in the source of my viewership. Of the 1272 views in January, 911 were referred by a search engine: that’s a whopping 71.6%. Still, that’s down from the month of December (76.6%), which actually yields some pretty good news. Less people found Adventure Rules through search engines, but the site got MORE views overall. That means that true blue adventurers picked up the slack from visitors in the month of January. So I owe particular thanks to those of you who are followers for really showing out last month!

Now when it comes to my goals for 2017, I’ve been a little less successful. I did manage to follow through on my goal to post on a regular schedule – there was a post on Adventure Rules every Sunday for the month of January. I struggled a bit on the social media side of things; while I’m starting to get the hang of Twitter, I still struggle with Tumblr quite a bit as far as learning how to post effectively there, and what kind of content to post. So I definitely failed to post at least one original post on each site per day. I’m pretty confident I did that on Twitter and I think I did with Facebook, but Tumblr has definitely fallen by the wayside lately. I need to work on utilizing that site more effectively in the month of February.

As far as community is concerned, that’s where I REALLY slacked off in January. While I’ve been doing better about writing consistently, I still don’t go out of my way to read the content of other bloggers. That lack of networking definitely doesn’t help things as far as growth here on the site. And the less I read, the more tone-deaf I’ll be when it comes to identifying my unique voice and what my readers respond to. So in February, I absolutely HAVE to work on my two community goals: reading two blog posts a day and following a new blogger each week.

Speaking of “what readers respond to,” one thing I want to do is take a quick look at the content I posted in January and see how each article compares in terms of viewership, reception, and interaction (note that I am not counting my own comments on these).
#1: Adventure Rules 2017 – 12 hits, 1 like, 2 comments
#2: What JRPGs can Learn from Bravely Second – 9 hits, 1 like, 0 comments
#3: The Fun Upcoming Nintendo Switch Titles You May Not Know About – 7 hits, 2 likes, 0 comments
#4 (tied): My Reaction to the Fire Emblem Direct – 5 hits,  1 like, 0 comments
#4 (tied): Adventure Rules Update: Weekly Updates and the Tumblr Special – 5 hits, 1 like, 0 comments
#6: Kingdom in Crisis! New Ruler, New Rules! – Bulletin Bill 01/29/17 – 2 hits, 1 like, 0 comments
Now to a degree, the number of views on each post can be misleading. After all, the last-place article has only been up for a week, whereas the first place article has been up for a month. In that sense, likes might be a better indicator of the “success” of these articles compared to one another. I think the big lesson this month was that I need to stick to what I know. The articles focused on news or reactions enjoyed pretty normal levels of success (for me), while my attempt at political satire was rather ill-received. Could be bad marketing, but ultimately I think I am going to stay focused on the game journalism angle moving forward. Bulletin Bill was a fun side project but it’s not what folks want to read.

What folks apparently do want to read are guides. Fire Emblem Fates has been out for almost a year and I still got 44.7% percent of my views from the guides for those games. Another 27.1% came from guides focusing on the Nuzlocke challenge for Pokemon. Because guides seem to be something that folks enjoy seeing for me, I do want to try and bring some more to the site. Currently, I’m playing through around five games: Pokemon Moon, Bravely Second, Dragon Quest Heroes, Final Fantasy XV, and the Phoenix Wright Trilogy. I honestly don’t see myself being able to create good content around FFXV, not because the game isn’t good but because I’m not exactly an expert at it. I might be able to pull off some job guides or something for Bravely Second once I get all of the different jobs unlocked. Dragon Quest Heroes would just be a “hints and tips” kind of thing, and honestly with DQ Heroes 2 about to drop in a few months I feel like such a guide would be falling on deaf ears. The Phoenix Wright trilogy is ancient and I’d just be beating a dead horse. Now Pokemon Moon could have some potential, as it’s relatively fresh and still a very popular RPG right now. I just need to get motivated to finish it because (I know the following words are effectively blasphemous, but here I go:) I’m not really enjoying the game all that much. Finally, as a matter of principle if nothing else, I still want to finish the last Fire Emblem Fates guide and also do a sort of “master guide,” cleaning them all up and putting all the useful information about the game in one place.

So that’s one thing I am planning to do in February: add one new guide to the site. I also want to work harder to meet community goals such as reading and following more blogs. Another mini-goal for this month is to start working towards two posts per week. While I don’t intend to establish a hard-and-fast schedule for that yet, I do want to start practicing on writing more often each week. Two posts a week consistently is the realistic goal for Adventure Rules in 2017 (with a stretch goal of three per week), so I want to start working towards that as soon as possible. For example, since today’s post is an update and February is a short month, I absolutely want to post an actual article some time in the middle of this week. I’m leaning towards a Tabletop Tuesday post – it’s been quite some time since I talked tabletops here on the main blog, but I know quite a few of my readers were originally drawn to that content so I want to get in the habit of discussing them more often. Hopefully I’ll have more to talk about soon, as I am expecting to be playing in at least one tabletop in the near future, potentially two, and maybe running a third.

That’s it for now, adventurers. If you enjoy seeing this sort of behind-the-scenes analysis type thing, please let me know. I’ll probably do them anyway for my own sake, but knowing that someone besides me gets something out of it would be encouraging. I want to thank you all again for reading not only this post, but any of the other posts from the past month. It’s thanks to you that I can celebrate a third consecutive month of positive growth here on the site!

WEEKLY UPDATE
NEXT WEEK’S POST: Maybe the FE Conquest guide? Expect a Tabletop Tuesday this week!
UPCOMING EVENTS: I might do a board game night live tweet event this Thursday; no big announcements upcoming in the gaming world that I know of
IN CASE YOU MISSED IT: Poochy and Yoshi’s Wooly World released on 3DS February 2nd
Fire Emblem Heroes released on mobile devices February 2nd
Kingdom in Crisis! New Ruler, New Rules! – Bulletin Bill 01/29/17