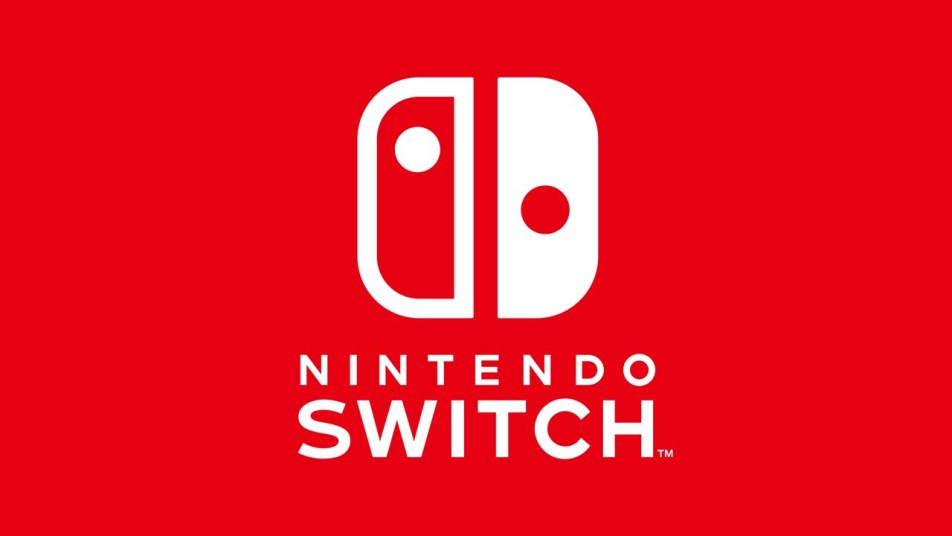 I’m a huge video game enthusiast, specifically when it comes to Nintendo. So when I heard about an upcoming conference on the Nintendo Switch, I made sure I was ready. I took off work, cut my usual tabletop night with friends short, and made sure I was awake and ready for both the 11 PM presentation Thursday night and the 9:30 AM Treehouse demonstration Friday morning. But there’s a pretty decent chance that not everybody reading this was quite as attentive as I when it comes to the Switch. So while my mind (and the minds of those like me) is FLOODED with knowledge about what to expect from the Switch, you might have heard something like this:

“Yeah, the Switch is alright. I mean, Zelda Breath of the Wild looks incredible, and eventually they’re gonna have a new Mario game on there, but that’s about it. They’ll get Skyrim, but we’ve already played that five times already, so…eh. 7.8/10, too much water in a glass of ice cubes during a weird metaphor that nobody understood.”

I’m not gonna lie to you: Breath of the Wild is THE selling point of the Switch right now. But that’s not because it’s the only good game coming – it’s because other good games aren’t being marketed with fervor. So if you’re the kind of person who thinks the Nintendo Switch might be interesting, but are turned off by the fact that you don’t know what games are coming besides Zelda, well, this article is for you. We’re going to talk in detail about three particular games coming to the Switch that actually look pretty exciting – one coming out on March 3rd at launch, one coming out later in the month of March, and another slated for Spring 2017, shortly after the Switch is released. 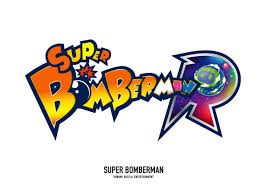 Bomberman was a huge Nintendo staple when I was a kid. I played Bomberman 64, Bomberman Hero, Bomberman 64: The Second Attack, Bomberman Tournament, and Bomberman Generations, and there were others besides those back then as well. The little guy kinda dropped off the face of the planet for awhile, but now he’s back for some multiplayer action on the Switch.

If you want to check out the official trailer on Nintendo’s channel, click this link right here. Super Bomberman R brings back the classic Bomberman multiplayer experience. You and a bunch of friends run around an obstacle-filled arena trying to blow the bejesus out of each other. Each obstacle you destroy could potentially yield powerups allowing you to produce more bombs, produce stronger bombs, or to do unique things will your bombs that are otherwise not possible. When you’re defeated, you respawn on the outskirts of the arena where you can vengefully launch bombs at the person who blew you up.

This game also offers a co-op mode where you and another player can work together to defeat enemies in the midst of increasingly-complicated arenas. Here, you have to watch out not only for your own explosions, but also monsters that get smarter, ally bombs, arena verticality, and other traps created by the environment such as powerful magnets. The farther you and your partner get, the trickier the maps – and the monsters – become.

The more you play the game, you earn coins that you can use either for continues or to purchase unlockable features like costumes! During the presentation of this game, the representative from Konami was quite clear that you earn these coins DURING PLAY, so no worrying about microtransactions if you’re not a fan of those. If you are a fan of them, there’s no confirmation at this point on whether or not they will be possible. 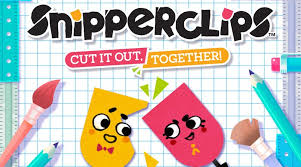 I gotta be honest, when I first saw this game I found myself thinking “well, gonna ignore this part of the Treehouse stream.” Golly am I glad I did not. Snipperclips is a cooperative puzzle game where you and a friend (or multiple friends) work side by side to solve – well, puzzles. Hence the “puzzle game” part. You can check out some gameplay footage from Game Informer here.

Don’t be fooled by the cutesy, adorable art style. Snipperclips is a savagely violent game where your smiley happy paper-person can cruelly SLICE a piece of the other player away, leaving them a mangled mess! …not convinced? I don’t blame you. I mean, you can actually cut each other up, but it’s all in the interest of changing your shape so you can interact with the objects in the game world. At any time you can restore yourself to your full shape, or revert back to your most recent cut.

The different shapes you can make by cutting each other create a lot of different possibilities. Some of the puzzles shown off during the Treehouse demonstration involved becoming a scoop-like shape in order to pick up and carry objects. In another puzzle, one person had to become a hooked shape to pull down balloons from above, while the other had to be sharp enough to pop the balloons. In still another puzzle, a player had to have their head hollowed out so that they could catch and hold a falling pencil in order to take it over to a sharpener.

There seems to be a really solid variety of puzzles in Snipperclips, and each one requires you to think outside of the box and to assume different shapes in order to interact with the environment. This is an awesome couch multiplayer game that two puzzlers can really sit down and enjoy together. Just don’t play this with your 13 year old boy, if you have one – he’s probably just gonna cut you up into the wrong shapes all the time until you give up. This game comes out in March shortly after the Switch is released, and by the look of things it’ll only be $20 – a great price for a simple but fun multiplayer experience like this one! 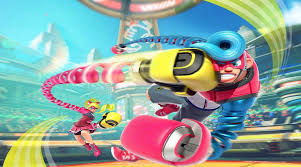 During the Switch presentation, Nintendo promised to show off two games that made full use of the Joy-Con controllers and the unique options they offered. The first was supposed to be an assortment of fun minigames and the second a strategic game full of depth and challenge. When the time to show off that “challenging” game came around and these goofy springy-arm characters appeared on the screen, I was definitely skeptical.

The next morning, Treehouse Live took a more in-depth look at ARMS alongside one of the game’s staff. During that time, they demonstrated exactly what it looked like to dive deep into the mechanics of ARMS. You can check out a trailer for the game here.

The basics of ARMS are simple enough. You wield the Joy-Cons in your left and right hands. Tilting them both to one side or the other allows you to move around. Flicking one forward causes you to punch with that hand. Flicking them both forward initiates a throwing attack. Tilting them in towards each other is how you block. And if you punch first and then tilt the controller, it angles your long, springy fist so that it curves through the air as you punch. There’s also a button you can press to jump up in the air.

If that’s all there was to ARMS, it wouldn’t be any more in depth than Wii Boxing. Or would it? You see, being able to move around and curve your punches already adds an interesting angle to the game. You have to predict where you think your opponent is going to move. Additionally, throwing attacks break blocks, but miss a throw and you’re leaving yourself wide open for punishment, so you really have to be careful about where you invest your energy. You can pull off combos like throwing an easy punch followed quickly by a tactical blow to the location where you expect your opponent to dodge.

Then you have to factor in the arena. There are multiple arenas in ARMS and each one offers different features. One arena shown off had a trampoline, while another had bouncy material on the outside of the ring that you could use to leap around and gain momentum. Yet another arena featured glass columns filled with specimens that you could punch around in an attempt to keep your opponent off-balance – or break if they got too annoying.

THEN you start factoring in the characters themselves. Each one has different stats and a different playstyle. Ribbon Girl focuses on aerial maneuvers, Ninjara can disappear and reappear by blocking, and Master Mummy is a tanky character that heals when blocking. Additionally, when you begin each round of a match, you select what kind of fists you’re gonna punch with. Some fists electrocute the opponent to stun them, one boomerangs around to strike at a weird angle, another fires projectiles at the opponent from a distance. Each round, you have three different fist types to choose from for each hand, and by changing your combos you are able to try different strategies to outwit and defeat your opponent.

When you really dive into ARMS, there is so much detail and it’s easy to see how this game truly is the complex and tactical fighting game that Nintendo built it up to be. ARMS is the kind of title that I can easily see people sleeping on just because it’s new and no one recognizes the IP right now. But I encourage you to look past the unfamiliarity of the game and to consider checking it out. ARMS looks like a really fun experience, and it’s currently slated to release sometime in the Spring after the Switch launches.

The Nintendo Switch has quite a few interesting titles lined up within the next year, and looking at the list above, not all of them may jump out at you as titles you’re interested in checking out. But that’s why it’s important to stay informed. I had no interest in any of the games I talked about here today until I watched them presented in more detail. Knowledge of what they really were made them seem more fun and sold me on wanting to purchase them down the line. So the moral of the story is this: stay informed, because knowing what the console really has to offer can help you make decisions about what you want to play.