When I was a little kid my stepdad had this game emulator that he installed on all the computers in the house. It was absolutely LOADED with content, including games from arcade machines, Nintendo, and Sega consoles. I remember spending a lot of time with those games growing up because there were just so many to try out. One game in particular that I liked was Dragon Warrior.

Throughout my childhood I struggled to beat Dragon Warrior, to no avail. But I remember enjoying the game for its simple approach to RPG mechanics. The King James style dialogue, gaining more powerful magic as you gained levels, battle animations from a “first person” perspective – it was a lot of fun. I didn’t really know it then, but I was having my first experiences with what could become one of my favorite game series: Dragon Quest.

Over the years Dragon Quest has honestly changed very little. Some games have deviated from the first person perspective, most added a party system, some have added more modern conventions like skill points, and the series as a whole has sort of come together to form a unique identity built around a quirky fantasy world full of puns and alliteration. But other than that, you can go from Dragon Quest IX all the way back to Dragon Warrior and feel pretty much at home. There’s a definite nostalgia factor there, and more than that there’s a huge appeal for fans of old-school RPG classics, a genre that’s heavily fallen out of favor.

One of my favorite things about Dragon Quest is that while each game has many gameplay elements in common, they always find a way to change up the storytelling so that the game world is interesting and unique. Yes, you still slay monsters the same way you have the past six games, but the story you experience and the way you experience that story is totally fresh. 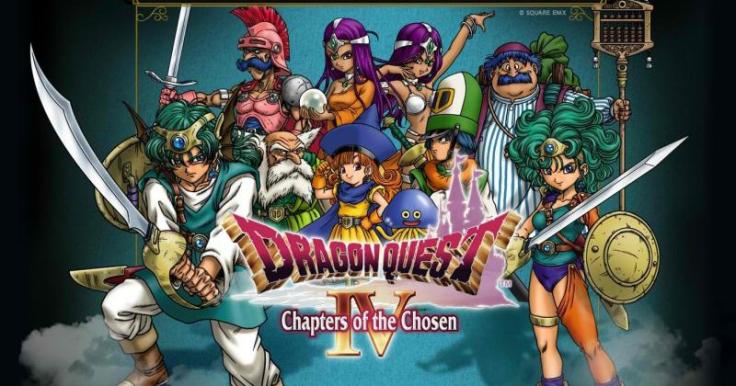 Dragon Quest IV: Chapter of the Chosen tells the story of a group of heroes who gather together to overcome a common enemy. Sound familiar? Of course it does. That’s basically every fantasy RPG ever. But here’s where things get interesting: you play each character’s backstory BEFORE they party up to defeat the bad guy. Can Ragnar rescue a group of mysteriously-kidnapped children? Will Alena ever get to be free from her role as princess to go on adventures? Can Torneko become the ultimate merchant? Or Maya and Meena discover the truth behind their father’s murder? You experience the game as each character in the game before they ever meet one another, so when the group finally comes together you are invested in each and every one and ready to pursue the path where all of their stories lead: the evil Psaro the Manslayer. It’s a simple twist on the typical fantasy epic but it’s one that makes the game really engaging.

Dragon Quest V: Hand of the Heavenly Bride follows the story of the player character from the very beginning. Starting at his birth, you follow the hero’s journey through childhood, into his teenage years, and as a grown man. The people you meet along the way become key parts of your journey, and as you grow up you choose who you marry and even get to meet your kids and have them join your adventuring party! It’s already a pretty unique experience, but when you factor in that early on your character discovers that he is NOT the chosen hero who will save the world, the game takes on another fresh experience: that of playing the hero’s guide, not the hero himself. The player character of Dragon Quest V is one of my favorite silent protagonist characters of all time because he’s so different from the standard archetype. 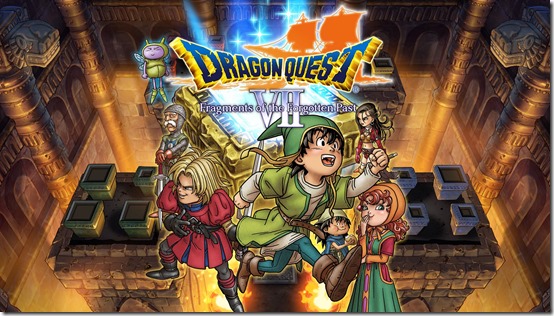 Dragon Quest VII: Fragments of the Forgotten Past tells the story of a small boy on a dinky island in the middle of a vast, empty sea. This island is confirmed the only land mass in the entire world, and the people there the only people that anyone has ever known. That is until the characters stumble upon an ancient temple stone slabs in the shape of maps. Assembling these map pieces hurls the party into another world, another island, and solving the troubles on that island causes it to reappear in the real world. The more places you explore and save, the more expansive the world becomes, and soon the empty ocean will be bustling with life and activity as you continue your adventures. It’s a really cool story that’s perfect for an episodic gaming experience. While I haven’t gotten to experience the remake for myself yet, I definitely want to get my hands on it and fully recommend it to anyone with a 3DS that wants to experience a Dragon Quest game.

Dragon Quest is a series that may have stuck firmly to its roots, but that doesn’t make it tired or old. Each game has a fresh fun way of doing things, and I am always excited to get an opportunity to experience a new Dragon Quest adventure. If you’ve never delved into the world of this series before, I highly recommend that you give it a try, particularly if you’re a fan of the classic RPG experience. The atmosphere is fun, the story is simple but engaging, and the series is always doing something new while holding on to the parts of what make Dragon Quest, well, Dragon Quest.