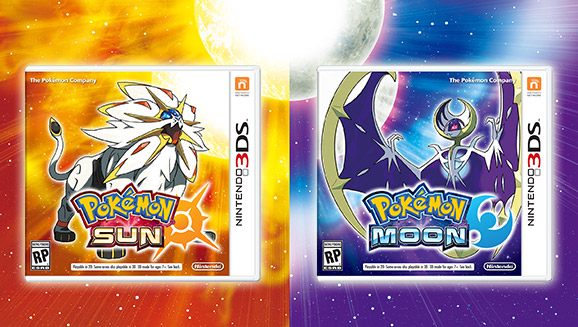 Well, adventurers, the new trailer premiered and golly is there a lot of cool stuff to cover. Included among that cool stuff is whether or not any of my predictions came to light, so let’s get right to it and dissect all the latest news.

Prediction #1: We’ll meet a new Ultra Beast but learn nothing new about what they are.
This prediction was pretty much flat-out wrong. I mean, I suppose the part about learning absolutely nothing about Ultra Beasts was true, but I think in this situation that doesn’t really count. So I’m not starting off on a great foot.

Prediction #2: We’ll actually learn details about a new island
Man, 0-2. BUT I do think that some of the information shared in the latest trailer is relevant to this prediction, so let’s talk in a bit more detail about that. The trailer showed off two new “locations” – the Festival Plaza and the Poke-Pelago (a play on the word archipelago, or a group of islands). The Festival Plaza is the new hub for online play. It’s where you meet up with other trainers to battle or trade Pokemon, but there are a lot of other features as well. You can earn currency called Festival Coins, which you use for a number of services such as dying your clothes or even raising the stats of your Pokemon! You earn festival coins by getting involved in Plaza activities, including something called “missions” which you can play with other people specifically for earning festival coins. There will even be global missions that everyone playing Pokemon can work on together.

The Poke-Pelago is a special set of islands that Pokemon hang out in while you have them in your PC box. The more you utilize this feature, the more islands you unlock. Pokemon in your PC can use the Poke-Pelago to encounter wild Pokemon for you, find rare items, and even train and level up. This feature seems to replace multiple aspects of past Pokemon games, taking on the role of the Pokemon Day Care, those special islands where you can only catch certain types of Pokemon from X and Y that I cannot remember the name of even in order to save space in this sentence, and some aspects of Super Training (particularly the item finding aspects). This is a really cool idea, as it shows that the Pokemon don’t just sit in some kind of creepy stasis when they’re in the PC, and depending on how costly or limited the training feature is you could still “raise” Pokemon while keeping them in the PC, which would be a huge time saver.
Overall, I like both of these features and think that they have a lot of cool stuff to offer. In particular, I think that these two features combined with Hyper Training will make the world of competitive battling even more accessible. I think the Pokemon company has learned that while they may not care much about the “competitive” scene, they need to acknowledge it and make it easier for casual players to enjoy because it directly impacts multiplayer functions such as Battle Spot.

Prediction #3: We’ll see new Pokemon, but only a couple
The prediction itself is correct, but one thing I mentioned was that I figured at least one of the newly revealed Pokemon would be an Alola form, and that was incorrect. However, I’m going to count this one as a win for me. Heck yeah! 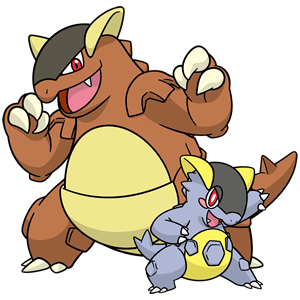 I get it. I really do. Mega Evolution is a great marketing technique, had a huge impact on battle strategy in 6th gen, and is something that can easily be tacked on in post-game. Personally, I don’t like it. I thought that Megas were broken and I think they stunt the competitive meta somewhat, particularly in VGC and Battle Spot where there are no regulations against using legends or certain Mega Pokemon. But hey, a lot of people are going to be excited by this news, so I am excited for them. Personally, I don’t anticipate myself to be using any Mega Pokemon, particularly on my first run of the game where I’ll be more focused on training up new Pokemon from the Alola region. But for the Pokemon Company, removing Megas would be a wasted opportunity, so good for them that they’re still mining this goldmine of potential.

Prediction #5: We’ll get confirmation that the starter evolutions differ by version
Unfortunately, this prediction did not come to fruition. We have no idea whether or not the final starter evolutions will be different in Pokemon Sun versus Pokemon Moon. What we do know now are the middle forms of the three starter Pokemon.

Meet Dartrix (Rowlet), Torracat (Litten), and Brionne (Popplio). These are the Stage One evolutions of the game’ starter Pokemon. Dartrix is able to sense the location of opponents and skillfully throw feathers at them to strike, and it can even bend these feathers in midair to track down moving targets. Dartrix is also proud of its appearance and will get distracted if it gets ruffled during battle. Torracat’s bell is actually a flame sac, and the Pokemon’s fur serves as a sensory organ that allows it to perceive its surroundings even in the dark. Torracat can lose it’s cool, though, and if it trusts you it may behave like a spoiled child in front of you. Brionne is super happy all the time and is an incredible dancer, able to learn dances from both Pokemon and humans alike. Brionne works super hard to learn every dance, putting all of its energy into its work.
The really interesting thing about these stage one forms is that they seem to confirm a leak that’s been going around for quite some time now. This leak shows the final forms of the starters, with Rowlet becoming an archer, Litten becoming a wrestler, and Popplio becoming a mermaid/siren. Looking at Brionne compared to this leaked final form, it is very difficult to deny that these leaks could have some serious merit. I won’t share those leaks here because I’ve heard rumor of some folks having some issues with their blogs or videos because of that, but if you search “sun and moon starter evolutions” online they’re going to be some of the first images that pop up.
I still firmly believe that the starters are going to have different final forms in Sun and Moon, based on the knowledge that they share something special in common with Rockruff. This makes the most sense, and in this situation the leaked starters would only be the final forms in one of the two versions of the game. Only time will tell if this is the truth, though.

So overall my predictions kind of missed the mark. Some things I predicted I got half-right, but ultimately the Pokemon Company surprised me with what they did and did not reveal. I think this was a really solid trailer, though, and I am particularly looking forward to the changes that the Festival Plaza and Poke-Pelago will introduce to the game. And in two weeks, we’ll be able to really get a good look at the game by trying out the demo. Unless the demo is exclusive in some way, I definitely plan to check it out and to post my experiences with it here on the blog. So expect more Pokemon content in the coming weeks!