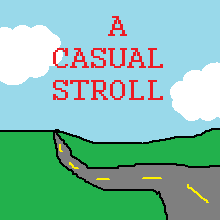 Every now and again I enjoy thinking back on games that I haven’t played in awhile but that mean a lot to me. Paper Mario is a particular favorite of mine from the Nintendo 64 era, and after playing Undertale it’s a game that has been on my mind as of late. The Paper Mario series has a quirky, fun sense of humor that leaves my smiling and laughing as I play, and that’s part of the reason I love them so much. And since the first Paper Mario is available as a virtual console title and could still have some current players, I figured this would be a great time to take a casual stroll through the game.

As you may have noticed, this is a two-part post. I’m going to cover the game’s other four partners in part two. For now, let’s talk about a couple of other things.

BADGES
Badges are some of the most useful items in the game – they increase your stats and unlock helpful attack maneuvers that make battles a lot easier. In some cases (particularly in the early game), certain badges are the only way to defeat particular enemy types. But what badges are good to have? And where do you buy the suckers, anyway?
Important badges in the early game are the ones that increase your damage or ignore defense. There is a version of this type of badge for both jump attacks and hammer attacks. Being able to defeat high-HP enemies in one blow, or ignore the defenses of high-defense enemies, will be very important to making battles go by quickly and reducing the amount of damage you take overall. For your first time playing the game, you want the Close Call badge, no questions. When you are in danger of dying, it makes attacks miss sometimes, a huge boon when your health is low. Other badges I recommend for the early game are the Damage Dodge badge (which reduces damage by an additional 1 when you successfully block with the action command), the Quake Hammer badge (which allows you to deal defense-piercing damage to every enemy on the ground and the ceiling), and the Hammer Throw badge (which allows you to throw your hammer at enemies anywhere on the battlefield). The Quake Hammer is great for dealing with shelled enemies, particularly ones with high defense like Buzzy Beatles. The Hammer Throw is ideal for hitting enemies on the ceiling, a feat not normally possible with a jump or hammer attack.
As far as getting badges is concerned, many of the ones I mentioned by name are spread throughout the field and must be found by exploring. However, the game does have a badge shop, and the shop works by selling three badges at random every time you come to town. Badges tend to be somewhat expensive in the early game – typically running anywhere from 80-120 coins – but as you go on they don’t cost as much. The best thing to do is to leave and re-enter town a few times to shop, paying attention to the badges you really want. Then save up for them.

LEVEL-UP
When you win battles, you gain Star Points. When you gain 100 Star Points, you level up. Each time you level up you get the choice between increasing your HP (heart points: how much damage you can take before dying), FP (flower points: how much energy you have for special moves), or BP (badge points: how much room you have to equip badges). This can be a very tough choice, as it’s pretty common to feel like you don’t really have enough of any of these. So here are some recommendations I have for timing your level-up choices.
When it comes to HP, you always want to have more than you think you need. Once you have the hang of action commands and get some defense-boosting badges, you may be tempted to think that you don’t need HP all that much. But this can be misleading. Often the difficulty will spike quite a bit when you complete a new chapter, putting you in a situation where you are dealing with enemies that chip your health down quite quickly when you aren’t prepared for it. And there are always enemies with ways to circumvent defense, giving you difficult status problems or piercing your defenses entirely. In these situations, HP matters a lot. Besides, look at it this way. Yes, it’s inconvenient to run out of FP. And it’s frustrating not being able to equip every single badge you want. But when you run out of HP, you die. Game over. Progress lost. That’s infinitely worse than the other situations, so give yourself some wiggle room to avoid it.
For FP and BP, the best way to decide is to increase the one that you’re finding yourself low on the most. If you get to the point where your FP is bottoming out constantly, chances are you need some more of it. Or if you’ve still got nothing equipped except Power Jump, Close Call, and Last Stand and you have a bunch of cool badges you want to try out, it may be time to increase some BP. When you notice the stat becoming a problem, increase it.
Generally speaking, you want to focus on HP first, then FP, followed by BP. Having HP keeps you from dying, having FP expedites battles, and having BP gives you new bonuses or moves. A viable strategy is to just go down the line, increasing them in order each time you level up, but just remember to prioritize HP for your first run. If you’re getting to a point where HP runs low frequently, boost it!

ITEMS
Okay, the final section for Part One of this stroll is going to be items. Items are an important part of every RPG and everyone approaches them differently. Some people like to use them immediately, some people hoard them, still others sell them. I’m going to make some recommendations about when and how to utilize your items.
Items are relatively common in Paper Mario. Many item boxes are spread throughout the Mushroom Kingdom, so if you don’t use your items frequently you’ll often find yourself overloaded with the things. Items have a number of different applications: some heal HP, some heal FP, some deal damage to enemies, some inflict status problems, and there are a few with other effects as well. With so many options, how should you use items? Which ones should you save?
If you’re going to hoard anything, I recommend hoarding the healing items. Things like Mushrooms and Honey Syrup are going to be very important during boss battles, so you’ll want to have a good number on hand. The exception to this are status-healing items: at most, you might want to hold one of these things, but more than likely they’re just going to waste space in your inventory. If you’re in an area where you frequently find yourself affected by status problems, then feel free to stock up. Adjust to your own experience.
When it comes to battle items, the best thing to do with them is to use them. Typically they don’t have much application in boss battles, so using them against troublesome enemies in regular battles is a great way to burn through your full inventory. Particularly useful are POW Blocks – don’t sleep on these things. They deal 2 piercing damage to all ground-and-ceiling enemies, and flip anything wearing a shell. Fire Flowers are fine for battles with a multitude of exposed enemies, but they are useful for cooking as well so you may want to save them for that (more on that tomorrow).
Selling items can be a decent way to get rid of something that you find absolutely useless. However, I will let you know that it isn’t a particularly great way to make money. Most items worth any impressive amount of coin are more useful in your inventory than as selling fodder. The stuff that’s really useless – things like Fright Jars and Mysteries – don’t sell for much of anything at all. That’s not to say you shouldn’t sell things. After all, there’s no harm in it. But if you’re in a situation where you have to choose between keeping something you want to sell and picking up an item you may use, picking up the new item is always the right move.

That’s gonna be it for the first half of this casual stroll. Tomorrow we’ll cover the other four partners, as well as talking about recipes, fortunes, and star pieces. If you enjoyed today’s stroll, remember to share it on social media or in person as part of Multiplayer Week. You should also check out the blog on Facebook, Twitter, and Tumblr in order to get access to exclusive content!