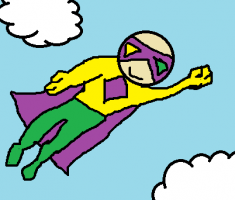 Archetypes. They are unavoidable, particularly in gaming. Video games and tabletops are often built around them, having a class or job system where your character’s entire skillset and personality are based on classic personas like “the fighter” or “the cleric.” Racial and gender profiling add to the prejudice until the characters we see in games are pretty much a set of predetermined characteristic cards shuffled into a deck and then drawn at random. “Okay, I drew male, dwarf, and warrior, so…I’m a gruff blacksmith-turned-soldier who doesn’t trust other people at first but eventually cares deeply for them and would sacrifice his life to keep his friends and home safe. Cool!”

Now some archetypes are unavoidable, and the practice isn’t necessarily bad. However, there are some archetypes that are either so overplayed – or so archaic – that they really just need to be thrown to the wayside. So today we’re going to talk about those archetypes and see if you agree with my point of view.

The Evil Wizard/Witch
Oh my goodness, am I tired of the evil wizard. You could also call this category “every tabletop villain ever.” This is a trap that I have fallen in to as a GM, mainly because it’s such an easy setup. You take someone old (80% of the time) who is delving into magics he or she shouldn’t in order to gain unlimited power, and bang! You’ve got a villain. No motivation beyond an empty and meaningless desire for more power.
In video games, one of the most recognizable villains guilty of this trend is Ganondorf. He wants the Triforce, but why? He wants to take over Hyrule, but why? His reasoning never matters, and his character is flat in virtually every Zelda game save one: Wind Waker. In this title, Ganondorf’s character is older and more mature, and his normal anger and desire for the Triforce is somewhat tempered by caution and even mercy. He explains that his desire to rule the world came from a desire to give his people a better life. Living in an arid land, he looked upon the lush, green country of Hyrule and wanted it for himself. That’s why he attacked, that’s why he pursued the Triforce. And seeing that side of him makes him infinitely more interesting as a villain.
The other thing about evil wizards and witches that makes me grimace to see them in a game is that they all kind of feel the same. They throw fireballs, they summon monsters or undead, they teleport, yada yada. Anytime a character has that “wizard” label pasted on them they immediately become a very archetypal villain that is not interesting to fight in the least. You can only face so many before they all start to feel the same.
The way to change up this archetype? First of all, characters don’t need to be evil for no reason. Evil, destruction, a desire for power, these kinds of things come from somewhere inside a person. What planted it there? Emphasizing the villain’s motivation makes the character more interesting. Additionally, wizard villains need some new abilities. The whole “reflect their ball of magic back at them” routine is pretty overplayed. Developers go out of their way to develop unique systems of magic and spells for player characters – why not do the same for bad guys?

The Playboy with a Heart of Gold
You know this character, from both games and television. You know him as Joey Tribbiani, Barney Stinson, Ezio Auditore, Tony Stark – this archetype is quite popular. It’s the guy who gets around, the stud who can get any lady to join him in his bed and does so with glee. But when the going gets tough and you need a friend, he’s there for you. Really, he’s a good guy, you just have to give him a chance. If you can just look past the way he treats women, he’s totally cool. Just ignore his dating life and you’ll  be fine.
Tony Stark is one of my favorite Marvel cinematic superheroes, but not because he is this guy. It’s because he finally STOPPED being this guy. His character has grown so much and learned from the consequences of his lifestyle. He got his life together, focused on one woman that he truly cared for, and it has made him a more dynamic and interesting character than he would have been had he stuck to this archetypal role.
This archetype is particularly frustrating because if you switched the character’s gender, suddenly people would not see this character as having a heart of gold. They’d see the character’s nice, emotional moments as fake, a face she puts on when she’s actually just a dirty skank. How unfair is that?
Here’s the thing. Some people think sex is only for marriage or for a love situation, others think that it is perfectly fine as long as it is between two consenting adults who want to feel good. The problem is that regardless of what a person thinks on their own, society has us conditioned to think that all women want the former while all men want the latter. So when a guy acts like this character, he’s just being a guy but he’s really good at heart. When a girl acts like this character, she’s a whore. It’s a double-standard and art forms such as video games should be stepping up and challenging these kinds of double-standards.
If a character of either gender is going to be one that gets around, then show the consequences of that lifestyle. If the character gets around by being unfaithful in particular, definitely demonstrate the consequences of that. And don’t have the people who care about that character just completely ignore that aspect of his or her personality. Characters who don’t have consequences for their actions can be done poignantly, but in the case of this archetype, this is more often lazy writing or an oversight.

The Objectified Female Villain
While I’m on a soapbox about double-standards and whatnot, let’s talk about this character. The female villain dressed in revealing clothes, who is always flirting with any male character she can see, using her body to get what she wants, and generally behaving more like a female character from a smutty fanfiction than like an actual villain.
The biggest problem with this archetype is that it is very difficult to think of female villains who break the mold. Particularly in the roleplaying genre, which I play quite a lot. Sadly, some of my favorite series are guilty of utilizing this character. Look at Cia in The Legend of Zelda, or Aversa in Fire Emblem. Rather than bothering to create villains with real substance, developers pad their bodices instead. And of course, the implication that every woman who is confident in her body or likes to have sex is actually an evil seductress is somewhat disturbing…
The best way to break this archetype is to create female villains that aren’t about objectification. What about an innocent young girl called to bring the righteous judgment of a hateful god? Or a war veteran jaded by her years of combat that thinks she can run the world better than her superiors? There are a lot of options for villainous characters, and reducing female villains either to this or the evil witch model (or both) is completely ridiculous.

The Naive Hero Who Always Wins
Ugh, this type. If you’ve played a video game ever, you’ve probably experienced it. The youngster from a small town who believes in goodness and truth and love who faces down evil and even though the bad guy sometimes tricks him into a tiny trap, the youngster prevails and we all learn a lesson about how cutesy and wonderful the world is.
Blech. Just blech. This is all well-and-good for a game aimed at a young audience, I guess, but this trope tends to continue well into adulthood and it stinks. Because by the time you are a grownup, life has taught you that doing the right thing is actually really hard. And sometimes, doing the right thing still helps the bad guys win.
This idea of what I call a Superman character is pretty prevalent in tabletop games as well. There’s always that one guy who wants to be the goody-two-shoes when everyone else is trying to lie to the king or kill the crazy murderer before he strikes again. These characters rarely have to learn the hard way that the world is not the idealistic magical rainbow land that they think it is, and it’s just ridiculous. Heroes aren’t infallible. Villains aren’t one-dimensional. And the people you’re trying to save can be more heartless than the people you have to stop in order to do it.
One thing I will say is that I have seen this archetype done well probably about as often as I have seen it done poorly. In Ni no Kuni, young Oliver has to learn that sometimes heroes don’t get everything they want at the end of their journey. In Fire Emblem: Path of Radiance, Ike discovers that the world is not a place full of good people who do good things, but he still stays true to himself and makes good decisions when everyone else around him is corrupt. And in Ocarina of Time, when Link grows up to learn that his childhood actions actually enabled Ganondorf to get the Triforce instead of stopping it, he does everything in his power to make it right and to save Hyrule.

There are plenty of archetypes out there, but these are the main ones that make me want to yank out my hair. But what about you? Is there an archetype I did not mention that you would like to be rid of? Let me know in the comments and together we can vent our frustration about the characters we see too darn often.

5 thoughts on “Character Archetypes that Need to Go Away”