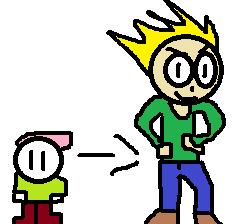 Remakes are a simple way for the game industry to make money. You know the game was a success in the past, you know there’s an established fanbase, and all you really have to do mechanically speaking is ramp up the technical specs. While some people may complain about remakes, overall a lot of fans enjoy a well-timed release of one of their childhood favorites. Case in point: the Final Fantasy VII remake.

Final Fantasy VII rocked the world with its story and characters. Love it or hate it (there seems to be little in-between), no one can deny the game’s impact on the industry. The emotional reaction to Aerith’s death, all the spin-offs that go into more detail about fan-favorite characters – fans have been clamoring for a remake long before now, and Square Enix is finally saying yes. Some footage has been released and golly, does it look good. The advanced graphics really make the characters shine, and it seems like Square has taken the time to update the gameplay somewhat as well.

Seeing this game finally being remade is definitely cool, but for me there are plenty of other games that I’d like to see make an epic comeback. Some of these games are popular, some you may not have heard of, but I think all of them could be awesome with some updated graphics and gameplay. I’m doing these in a Top 5 style in case one of the game developers happens to read this blog and wants to know which game to make first. *wink*

Number 5: Super Mario RPG
This game was a big staple of my childhood, a Mario roleplaying game created by Square. It introduced the timed attack system that would become a staple of Mario RPGs like Paper Mario and the Mario and Luigi series. This game also introduced the idea of baddies bigger than Bowser, enemies so evil that even the Koopa King would ally himself with Mario. Add to that the fact that Peach got to join the party, along with some interesting original characters and a collection of quirky villains, and this game was quite the blast.
Not much would need to be updated about Super Mario RPG. Mainly the graphics would need updated for a modern system. Of course, hyper-realistic graphics wouldn’t really work for a Mario game, but the Galaxy games look pretty great and I’m sure the Wii U or NX have the graphical capabilities to improve on that style even farther.

Number 4: The Legend of Zelda
The game that began the legend nearly 30 years ago. I recently started playing this using the 3DS virtual console and I’ve gotta tell you, it really isn’t working for me. The game needs some companions to really be playable – a map, a manual explaining what all the things do – but all these limitations are strictly technological. The idea of the game is still sound. A young, lone Link braving the wildest most dangerous parts of Hyrule to find the eight pieces of the Triforce of Wisdom in order to defeat Ganon is a pretty interesting concept. The game just needs a little polish. Being able to fill in the map as you go and set markers to remind you of how to get to certain places would be a great start. And an expanded inventory screen that explains how the different items work and what their limitations are would make it easier to understand what your equipment is capable of, particularly the less straightforward items like the different colored candles and rings.
I don’t think a fully 3D remake would be necessary. Something in the style of A Link Between Worlds would fit the setting better. This Link seems younger and the top-down style would allow the game to remain truer to the original style.
With some younger gamers not having any idea where The Legend of Zelda found its roots, I think it would be cool for them to be able to experience the very first adventure of Link in a way that makes the game more accessible and enjoyable.

Number 3: Legend of Legaia
Okay, so remember how I said you may not have even heard of some of the games on the list? This is the main one I was talking about. Legend of Legaia was a PS1 game with a lot of similarities to Final Fantasy VII: blocky graphics, turn-based action, epic story. The game tells the story of a world that humans share with creatures called seru, which were once benevolent companions given to humanity by God. However, one day a strange mist appeared that caused the seru to turn on their human companions, murdering or possessing them and bringing about the apocalypse. As society struggles to survive, a group of young heroes team up with mist-immune creatures called ra-seru in order to revive the world’s Genesis Trees and save humanity.
What was no doubt the coolest part of this game to my young self was the combat system. As I mentioned, this game was turn-based. However, instead of the classic attack-magic-item-flee system, Legend of Legaia had something a little more unique. Like a fighting game, you attacked by stringing together different combinations of punches and kicks using the four directional buttons. Certain combos created special attacks that would deal more damage. By taking a turn to defend and focus, you could extend your action bar, making the combos even longer and enabling you to perform even more complicated special moves. So rather than watching some spiky-haired goofball slash a goblin with an oversized sword, you got to watch martial artists armed to the teeth with knives, claws, and clubs deliver stylized punches, kicks, and somersaults. Watching the battles is a visual treat and discovering the combos is quite satisfying.
This is another game that doesn’t really need much more than a visual treatment. Updated graphics would make the already impressive martial arts action into something really fun to watch. And in a game like this, voice acting to communicate the story in a more dramatic fashion would really enhance the game.
I guess if I’m being honest, I mostly want this to be remade so I can play it again. Take that into account, developers.

Number 2: Chrono Trigger
Yes, yes, I am well aware that this game is on the Nintendo DS. But that’s not much more than a port. I’m talking a full-on, graphically-updated remake with some voice acting thrown in too. Chrono Trigger has a lot to like. The characters are memorable and fun, and from a mechanical perspective they are well-balanced and there’s good reason to use all of them. The game uses an Active Time Battle gauge similar to many Final Fantasy titles, but this one has a twist – characters can combine their abilities in dual or even triple techniques by holding off their turns until other characters are ready to act. Discovering all the different dual and triple techs is a lot of fun, and deciding when to use them is a strategic challenge. It’d be a blast to play this game on a console and to hear the sci-fi story acted out with some solid voicework.
If a remake is just totally out of the question, I’d settle for a sequel that isn’t Chrono Cross.

Number 1: Dragon Warrior
As you might have learned from my recent post about the upcoming Dragon Quest remakes, I love this series. And right now, remakes are kind of the bread and butter for it. The DS remakes of 4-6 were pretty successful, and recently Nintendo announced that the 7 and 8 remakes for the 3DS would be coming to the US. So why remake yet another Dragon Quest game, particularly the first one?
Dragon Warrior is an RPG ahead of its time. Most roleplaying games rely on a party system. For a long time, more characters seemed like the right way to make these games more expansive. Having three or four characters to play as (or even more, switched into the group three or four at a time) was a staple of the genre. But these days, a single-character adventure is pretty common in western roleplaying games. Look at games like Skyrim and Fallout 4. It mainly focuses on the adventures of one person. Yeah, there might be little helpers in the background, but ultimately the game is about the epic heroism of one character. Dragon Warrior works the same way.
The game would work great on the 3DS. Most early Dragon Quest titles worked in first person – you saw the enemy standing before you and then a little slash mark or magical burst whenever you attacked. This first-person perspective would look great in 3D, and modern graphics would allow players to see their different weapons and spells in action. The game could stay a turn-based RPG or be updated to further resemble a western RPG by incorporating real-time action.

Now I pass the torch to you, readers. What game would you like to see remade with new graphics, better acting, or updated game mechanics? Do you have any ideas for the games I suggested? Discuss it in the comments and together we’ll convince the developers who TOTALLY read my blog that they should indulge in a few more remakes.