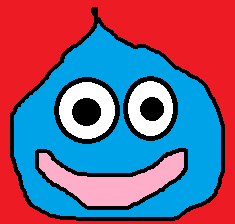 I am a big fan of the Dragon Quest series. You probably don’t know that because prior to this post, I haven’t talked about it a lot. The big reason for that is that there hasn’t been a ray of hope for American DQ fans in quite some time. Dragon Quest X (which is an MMO so I wouldn’t have played it anyway, but that’s not the point) never released in the US. And while Japan was getting very fancy 3DS remakes of both Dragon Quest VII and VIII, there seemed to be no hope of those remakes ever coming to Western fans.

In the Nintendo Direct last Thursday, Nintendo declared that these new games would be coming to the US in 2016, and boy golly am I excited! It’s been quite some time since I’ve enjoyed a good ole fashioned fantasy adventure, and these titles should be just the ticket. So today, I wanted to take some time to encourage my readers to check these games out too.

The Dragon Quest series as a whole has stuck very strongly to its roots. Whereas most RPG series have experimented with a number of new mechanics throughout the years, Dragon Quest has held on tightly to its traditional style. To some, this makes the game archaic, but for others the retro style is charming and nostalgic. Personally, I miss the good ole turn-based RPG and love to experience a quality one from time to time. So let’s talk about the two that have been confirmed for next year.

First, there’s Dragon Quest VII: Fragments of the Forgotten Past. Yeah, that’s one heck of a title. All of the games have those, so be ready. Dragon Quest VII was released as Dragon Warrior VII an obscenely long time ago on the Playstation One. Even at the time, its graphics were seriously outdated, looking more like a SNES game compared to titles like Final Fantasy VII. But bad graphics don’t make a bad game, and DQ VII has a really interesting story to tell.

Basically, you play a young lad who lives on a single island in the middle of a crazy huge sea. No other islands anywhere. Just their tiny island with one small village and one castle town. One day, the lad and a group of friends discover an old temple filled with broken maps. Upon discovering a map piece and returning it to its proper place, they open a portal and are dragged to what appears to be a completely different island – in the past.

Here they must battle monsters, solve riddles, and overcome trials in order to return to their real time, finding new map fragments along the way. When they return home, imagine their shock to learn that suddenly, a new island has been discovered – the one they just saved in the past.

This cycle makes for a really cool game mechanic. Every time you save an island in the past, it becomes part of the present geography with new characters and quests. And the growing need for map pieces means that it is important for you to explore every place both in its past and present forms.

The biggest problem with the original game was its terrible pacing. When I played it, it took three hours to get through the exposition and have my first battle. Not boss battle. Not significant in any way battle. Just a normal ole battle against a slime. When combat is a core mechanic of the gameplay, it should not take three hours to be introduced. I played DQ VII for roughly thirty hours (maybe a little more) before getting pretty burnt out on it. At that time, I had JUST unlocked another core mechanic of the game – the class system. It should not take the length of most RPGs to unlock a basic feature of the game. According to rumor, the main storyline of the original Dragon Warrior VII could take as long as 100 hours to complete. Talk about ridiculous!

Thankfully, the remake tackles this problem. The 3DS version of Dragon Quest VII has reduced the overall play time and introduces the core game mechanics much earlier, allowing modern players to enjoy the awesome story with much better pacing. Not to mention, the graphics have been way updated, now allowing players to experience this fantastical setting through a more beautiful lens.

Then there’s Dragon Quest VIII: Journey of the Cursed King. This is my favorite DQ title, originally released on the Playstation 2. It tells the story of a young hero on a journey to save his king and princess from a terrible curse, a curse that has changed their forms and will change them forever until the defeat of the jester who cursed them.

The plot is pretty simple and standard, true, but there’s more than meets the eye to this story. And honestly, the straightforward story is part of the draw for me. Often, RPGs try way too hard to create a complex plot and instead create a convoluted one, something that you could never explain in one paragraph of a blog post (or thirty minutes of verbal discussion – I’m looking at you, Final Fantasy VII and onward). The characters are quirky and fun, the voice acting is pretty solid, and the gameplay is a blast, adding some much-needed flavor to the Dragon Quest system.

The remake is adding new quests and two new playable characters, so even if you’ve played Dragon Quest VIII before, there’ll be something new and fun to experience. And for me, I no longer have access to a console that can play the original, so having the game for my trusty 3DS – the system I play the most out of everything I own – is going to be really awesome.

There were lots of other cool bits of information mentioned during the Nintendo Direct. What were your favorite secrets that were finally revealed? Let me know in the comments, and let me know if you’re as excited as me for some long-awaited Dragon Quest adventures!