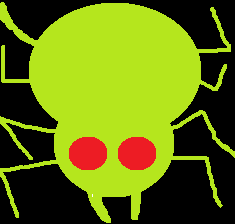 This is a dramatic retelling of real-life events. Seriously, this actually happened. No lie!

Two weeks ago, I told you all the true story of an e-mail I received summoning me on a quest. My mission is to save a lonely widow and her children from the dark designs of her murderous, money-hungry in-laws.

Unfortunately, as any gamer well knows, a quest does not begin with an epic journey across the world. First, the hero has to learn the basics of how to be a hero, and those are only skills he can develop in his dinky hometown. In the interest of that, I made my way to my own dinky hometown of Somerset, KY, in order to begin my training.

In most video games, the hero is trained by a wise old man or a very competent scantily clad lady that will eventually become his girlfriend. But there is the occasional video game where the tutorial comes from the hero himself, as he teaches someone else how to be as awesome as he is. Games like Assassin’s Creed or Final Fantasy VII. And readers, that’s the way it works in my story.

I’d recently signed up a group of nearly seventy students to train under me. That morning, I sent them all text messages summoning them to the first session. Not all seventy made it, but I had plenty of students that day and together we trained. I reminded myself of many important skills like directly examining the enemy, keeping all control of the situation in my hands, the proper way to rebuttal, and finally how to close the battle. My students learned well and became strong.

That night I got to put my skills to the test. I headed to a local gas station with my wife and child to refuel my noble steed, Prescott. My wife went inside to get snacks and drinks, despite all the vagabonds inside who could have potentially been assassins out to stop me on my quest. She’s a brave woman. I chose well. Meanwhile, my son kept watch in the car as I began to open the gas cap.

I turned the cap haphazardly, having no idea the danger that lurked inside. In my mind, I was safe. My son tried to warn me but I was too cocky from my successful training earlier that day. From underneath the gas cap a monster rose up to face me. Bright green flesh and eight skittering legs greeted me as the cap came free, the monstrous spider grown and changed by the gasoline fumes within Prescott. It rose up against me, hungry after all those hours trapped in the gas tank.

At this point, readers, you may be worried for my safety. But worry not. I rose to the occasion and defeated the disgusting spider. I slayed that boss and then put gasoline in my car like it wasn’t a big deal at all. Like the noble Link in Ocarina of Time, I had slayed the curse-spider living inside of a dear friend. Prescott thanked me, my son thought I was cool, it all worked out great.

Things slowed down after that. I’ve been spending a lot of time grinding for money. Supplies for quests are pretty costly, and even though I’d much rather be doing real adventuring, sometimes you have to run in circles in a warehouse. It’s the part of the story you never read, the part of the game where you watch Netflix while you’re playing. But every hero does it, so I will do it too.

This morning, I had another development in my quest. I received an e-mail from the future.

The e-mail was from a novel I am going to write. It said that it will be living in my dreams for weeks, that it will exceed 50000 words, and that I must help it escape my mind in order to be a real novel. It also asked me to lend it thirty bucks, which I must confess I did not do. I need that money for my quest!

However, I can see some benefit in this novel-writing endeavor. It is a side quest, something that ultimately is not connected to my mission to save the innocent widow and her starving children. Yet finishing a novel could be very beneficial to me in the long run, giving me training and quest rewards that might make the difference when the time for my final battle comes at last.

Well there you have it, a progress update on my real-life quest. If you’re on an epic quest right now, be sure to tell us about it in the comments so we can all support one another. Don’t leave out any gory details about the boss battles. We might learn some new moves from your bravery!