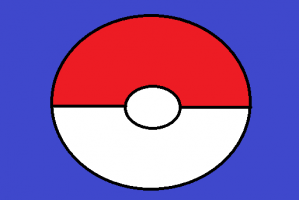 As a parent, I care a lot about the proper method of raising my child. I want them to reach their fullest potential. And that’s a perfectly normal feeling. Parents want their children to be the very best that no one ever was. But with so many methods of child-rearing available, which one is the right one for you?

If you have a child, or grew up in the nineties, you know what Pokemon is. Starting out as a video game, Pocket Monsters took off and gained a television series (multiple television series, actually), movies, and a trading card game. The video game series spans six “generations,” each with at least two main-series games and a number of spin-offs. Obviously, somebody at Game Freak is doing something right. And I think that something is parenting.

What are Pokemon if not tiny children for our children to have? And if that’s so, what do they teach us about how to raise our kids? Let’s see what the world of Pokemon can teach us about parenting.

First of all, every child has inherent potential, or individual value. That’s decided by genetics, and after birth it’s set in stone. So good breeding is necessary to create the ultimate children. If you haven’t had your child yet, you’re in luck! You still have time to breed with someone who will help your son or daughter to achieve genetic superiority. Be sure not to breed with anyone slow, or clumsy, or stupid; otherwise your child will have those qualities too.

Second of all, children have to compete with each other to get better. If a little girl is only compared to herself, she’ll never have anything to overcome. The only way she can improve is by being pitted against other little girls and boys to prove her superiority. While it’s possible to do this by comparing your daughter (or son) to wild children you find in the park or on the street, it’s safest and most effective to do this at gyms.

You need to pay attention to what kind of children your child is fighting. In addition to the individual values he or she is born with, your child gains effort values depending on the kind of training you give. If your child is constantly fighting fast children and running on the treadmill, he’ll learn to be fast. Conversely, fighting children who are smart after a few hours of reading will teach your little girl to think outside the box. You need to decide what field you want your child to excel in, and then focus on gaining effort values that will be beneficial in that field.

Now as your kid fights other kids for superiority, he’ll begin to learn new moves he didn’t know before. Competing with those other kids, he’ll realize that just punching is rarely enough to win a fight. He’ll have to learn to dodge and weave, to kick and grapple, and to escape from other kids so they can’t hurt him.

As your child defeats more and more children, you’ll notice some changes in her. She’ll become stronger and faster than she used to be. She’ll probably grow in size. And after awhile, she’ll begin to evolve. New features will appear on her body, features better suited for the battles she’ll be facing in the future. I’m talking claws, scales, bone plating, fangs – your child will evolve into something far superior to her original form.

Now for those of you concerned with your child’s appearance during these changes, worry not! A healthy diet will guarantee that your little one develops exactly the appearance you want. Do you want your child to be beautiful? Tough? Smart? Then research what foods will help him to achieve that. If you want your son to look cool, then focus on spicy foods. Conversely, for a cuter son, a diet made exclusively of sweets is the way to go. On the right diet, you can even put the little guy in contests to show off how handsome (and cool, or smart, or tough) he is!

There you have it. Raising children is hard work, but using these techniques will guarantee that the little guy or girl will someday become a Champion. If you know any more tricks to raising a powerful son or daughter, discuss them in the comments below. You teach me, as I have taught you.

And because tone is difficult to convey through text: please for the love of god do not take anything about this satirical article at face value. Eugenics is bad!